Action keeps one on edge

Action keeps one on edge 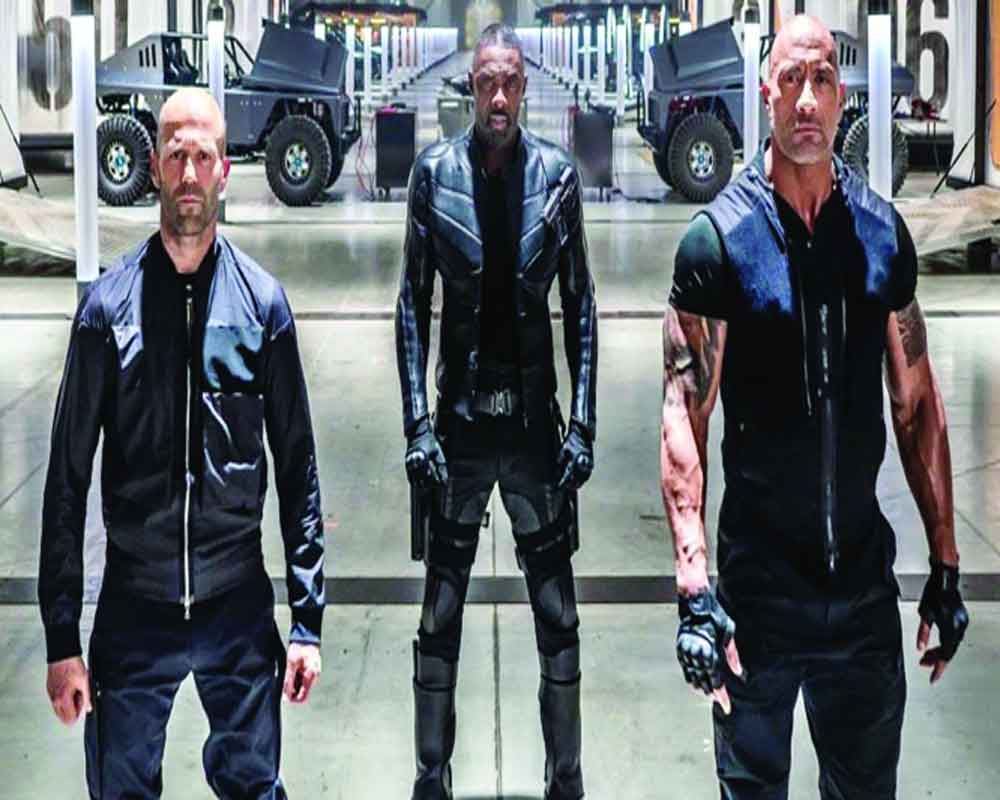 It is a no brainer that a movie that stars Dwayne Johnson aka the Rock and Jason Statham is going to be action-packed. And not just any kind of action will do. It has to be OTT and then some more. The adrenaline pumping action will keep you on edge — not story wise but due to the roller-coaster ride that the duo undertake and drag you with it.

Besides the state-of-the-art weaponry and what one can do with technology, it is the sheer brute force Rock and Statham unleash that will leave one wanting more. In this regard, director David Leitch doesn’t disappoint.

It is a take off on Fast and Furious series. Fancy cars with chases and brilliant driving skills have to be part and parcel of this movie. The good is that the best chase is at the climax.

Add to this are the quick repertoires that Rock and Statham indulge in. More than the exchange of blows the two come to, it is the insults they hurl at each other that are more entertaining. One wished that Leitch had spent more time on frames where the two are engaged verbally than fighting the baddie played by Idris Elba who is referred to as the Black Superman — nothing to do with the fact that he is an alien and everything to do with the powers that he has.

References to some of the characters from the F&F franchise like Mr Nobody makes you realise that there is no Dom. Not that Hobbs and Shaw need any rescuing but it just feels that the team is incomplete.

Even though Leitch has spent more time on the action and its treatment rather than the script, it still provides plenty of entertainment.