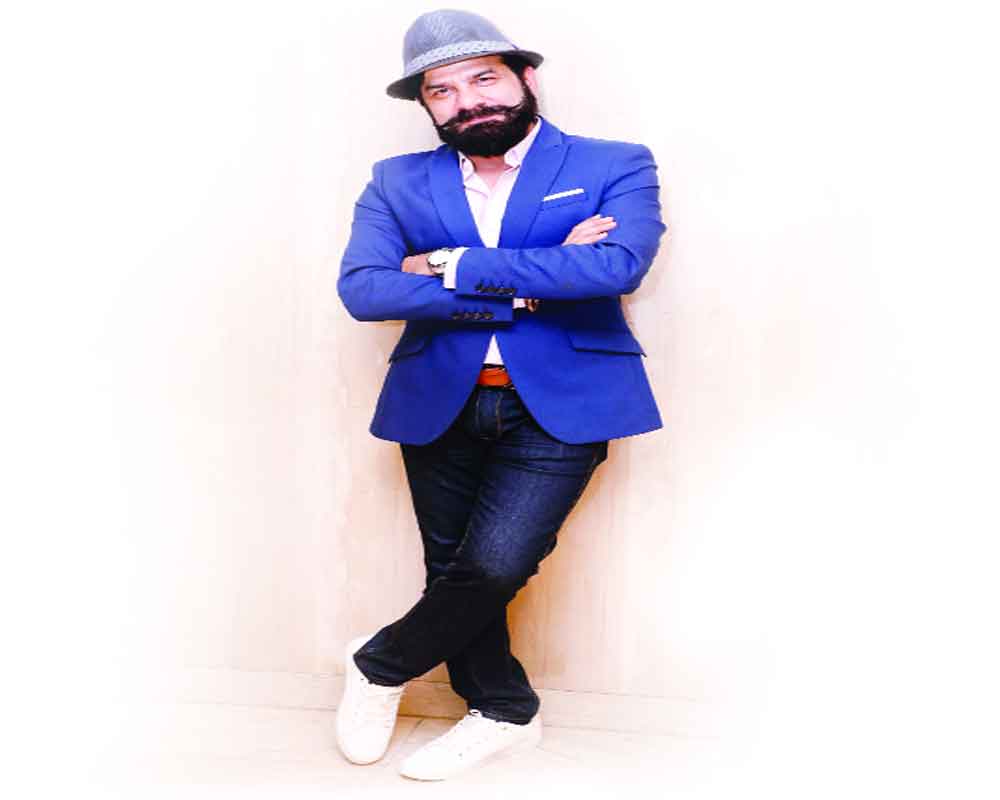 He started his journey with Khichdi and has come a long way. JD MAJETHIA speaks with MUSBA HASHMI about where the comedy genre is going

From Khichdi to Sarabhai vs Sarabhai, he is the man behind creating iconic shows on TV. All his shows have set a benchmark in the the comedy genre. He is flawless, unique, humorous in his approach towards comedy and that’s what sets him apart.

Meet JD Majethia, producer of shows like Khichdi, Baa, Bahu and Baby , Sarabhai vs Sarabhai and Bhakarwadi, who prefers comedy shows which have potential to bring the family together even if it is for the timespan of the show. All of Majethia’s shows have been a hit with fervent demand for more seasons.

He came up with Khichdi while he was doing theatre. At that time the culture of daily soap was at its peak. “I was doing theatre along with Aatish Kapadia who had  written Ek Mahal Ho Sapno Ka, the first daily soap to have aired 1000 episodes. Then, came the saas- bahu shows with Kahani.... and Kyunki.... We thought of doing something different and came up with a unique pariwaar, similar to our real lives where we all fight, but still love each other with a pinch of madness. At that time, most of the shows were sugar-coated with no connect with real life. Aatish wrote the first episode and we initially planned to make it a daily  runner. Then Star Plus asked us to make it a weekly show as it would then reach more people. That’s how we came up with the concept,” Majethia tells, adding that that the name Khichdi was an accident.

“We had submitted the episodes and scripts but had not finalised the name. We went for a theatre trip to South Africa. Suddenly Aatish said ‘Khichdi naam kesa lageche?’ I laughed but was interested in it. He pointed out how the show would be a mixture of different family members and the audience would relate to khichdi. The name was both simple and tedha just like our show so we went to the channel with the name. The channel liked it too as also the letter K... un dinon K ka bol-bala thha, so that’s that,” he tells you.

Majethia went on to do something different once again and came up with yet another brilliant idea of Sarabhai vs Sarabhai.

“After Khichdi, people started calling us up for similar shows with Gujarati families in them. But we didn’t want to keep on making the same show. People wanted something like Khichdi and we realised that we were of being typecast. Star Plus was launching its new channel Star One and looking for upmarket family comedy shows. Aatish took inspiration from some of his family members to shape the script of Sarabhai vs Sarabhai. Our only aim at that time was that it shouldn’t be compared to Khichdi and it should set its own benchmark,” he explains.

The casting process is equally important as that of a good script. “The major thing that we keep in mind during the casting process is that we don’t only go for look. Look is important but there are other equally important factors too. We have very layered characters so we need versatile and talented actors who would suite the role. There are a lot of nuances that come in our shows so we need actors who have the capability to do it. The other thing is we go for surprise casting which means we pick those actors who haven’t played a particular role before and the audience will not expect them in that role, like Supriya Pathak  (who played Hansa) was seen doing very serious roles and Rajeev Mehta (who played Praful) was famous for doing negative roles, so we casted them. The same was for Sarabhai vs Sarabhai, for Maya Sarabhai we came up with the name of Ratna Pathak but it was very difficult to make her say yes because she was not willing to do TV at that time. Then we went to her and gave her the narration of the script. She liked the script very much and said yes to the role on one condition that the show should not lose its essence like other TV shows and we promised her the same. Then Rajesh Kumar was also a surprise cast, he played a negative role in Ek Mahal Ho Sapno Ka. This is how we got such brilliant actors on-board,” he tells you adding that his latest show Bhakarwadi’s casting was very difficult because it have 19 actors in it.

The USP of his shows is that all the characters play an important part in the show unlike the other shows where there are two lead — male and female and the rest are just in supporting roles.

Though the concept of comedy shows is growing and the competition is growing, Majethia don’t fear it. “Yes, the competition is growing with so many new shows coming up with younger people but challenges are good. They help us improve. The shows that I make are very different from others. They are completely family based shows meant for the whole family to watch it together. And every show has its own USP and runs on it,” he tells you.

At present, his show Bhakarwadi is running successfully and we hope to see some more shows like these in future too.