‘Language is no barrier to music’

‘Language is no barrier to music’ 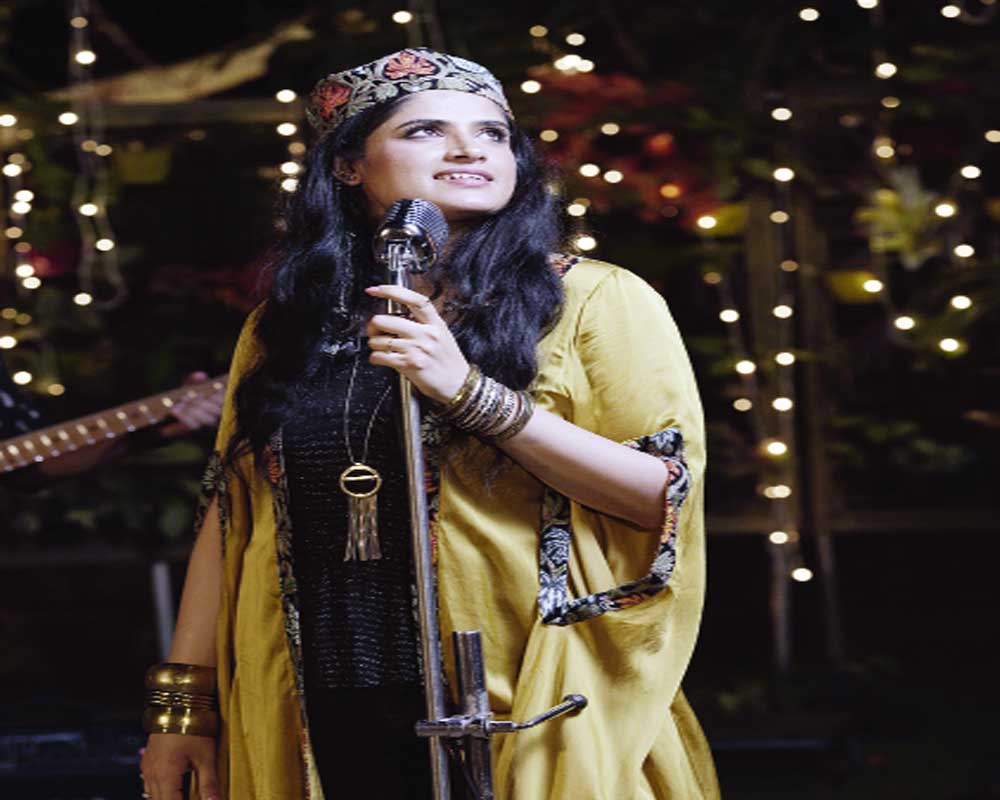 What is your latest track about?

Actually, I have released two singles, one in Hindi and one is Kashmiri — Chalo Chinaro Ke Gharon and Dilbaro Yuier Valo. They are part of my first album — Sound of Kashmiri. The song begins with Kashmiri and ends in Hindi. We have also done a music video series for the two parts. The song is about hope and love. The first part celebrates the beauty of the land and the Hindi version is about my desire to go back to Kashmir.

How did your musical journey begin?

I always wanted to be a singer. My mother discovered my voice and taught me music at home. Then, I started learning Hindustani classical music for sometime. It is very important to have a good teacher when you are young. Unfortunately, my guruji died.

With him, my learning ended. I landed a reality show — Indian Idol, and was a finalist. But I was always meant to be an indie artist. I contemplated getting back to music and was searching for something. A visit back home was an emotional one. I felt that singing in my language would help me pay homage to my land and this gave me purpose and I started my band sufistication.

It is not about single music. It is essentially about a thought. I have always been influenced by sufi thoughts from different parts of the world. Kashmir, too has a lot of sufiana, though people don’t recognise it. The first song that I ever composed was by a sufi saint — Lal Ded from the Valley. A lot of Punjabi artists have also kept the sufi music alive. I wanted to bring in a blend of modern sounds with what is earthy. I sing in Hindi, Kashmiri, Urdu and Punjabi. It is an eclectic concept. The sound of our band can’t be put in a box. Hence, the name.

You won an award. What was it about?

I have won a bunch of them. There is one that I won for Hukus Bukus (2017) — The Hungama Best Folk Artist Award. I won the Times Our Woman award for Excellence in Music, a couple of months back.

What are the challenges that artists face in the Valley?

I did have an ‘aha’ moment when I had gone back and embarked on my journey. Subsequently, I went back to look for the sound and met many folk artists and collaborated with them for my album. These artists play different folk instruments. The challenge is that there is nothing besides Bollywood music in the country right now. There is a Bollywood cloud over us. This is an overall phenomenon. With respect to Kashmir, our music is very intrinsic to us. Unfortunately, the situation has tense for a long time and music has lost itself. It has to come from the Valley. Artists there don’t get to play music as much. Music can’t grow if played for a select few.

Do you think that language is hampering the music from the Valley to spread?

Personally, language is never a barrier when it comes to music. My song has had three million views. So that is not an issue. The good is that a lot more songs are becoming popular. Recently, my song got picked up for a film. But we can’t wait for the industry to come and save us. Every artist has to do his bit. However, it can’t be denied that a Kashmiri song in a film will make the music popular faster.