40 years of Islamic Revolution in Iran

40 years of Islamic Revolution in Iran 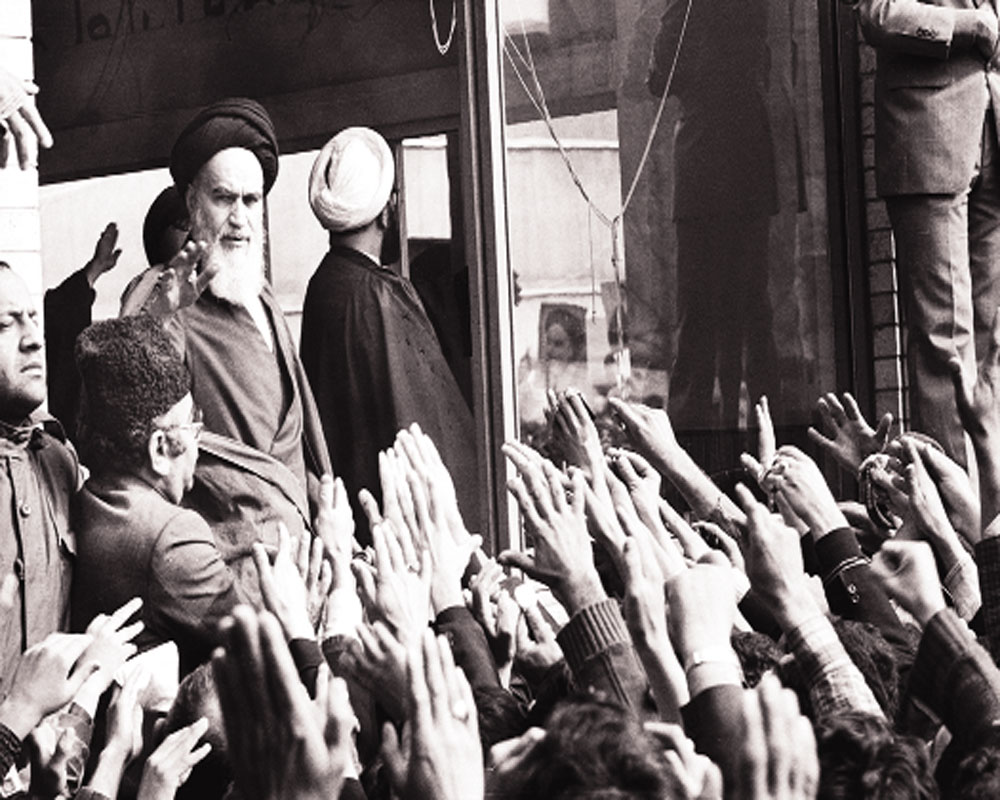 Since the 1979 revolution, international relations and geopolitical equations have drastically changed. Besides stirring up a debate on Islam vs West, it continues to have repercussions on the Islamic Republic’s relations with the rest of the world

In the political history of West Asian and North African (WANA) region, the decades of 1970s and 1980s are marked as the years of turbulence. These years witnessed major upheavals in the political arena of Iran as well. The Islamic Revolution in Iran in 1979 under the leadership of Ayatollah Sayyid Ruhollah Moosavi Khomeini was one of the monumental events. It was a major development of the 20th century as it comprehensively changed the course of history and politics.

At their wits’ end, the Western world was fumbling for words to react to this “orientalist” phenomenon as it did not conform to their notion of a “revolution”. Cut to present, the revolution has stirred up an intense debate on Islam vs West because the whole idea of modernity has been challenged by the contours of the Iranian revolution. It continues to be a source of bewilderment in the Western world and is often called “rightist”, “reactionary”, “fanatic’, ‘irrational’ and “regressive”.

However, in an important book Shi’ism and Social Protest, US academician Richard W Cottam has tried to dissect the anatomy of the Iranian Revolution by comparing it with French and Bolshevik revolutions. He is of the view that both the revolutions did not have the populist features as compared to the Iranian Revolution as one-fourth of Iran’s population took to the streets against a regime still capable of brutal repression.

Before every political revolution there is an intellectual revolution. To name a few, it was mystic philosopher Ali Shariati, Ayatollah Morteza Motahhari, Jalal Aal-e Ahmad and Ayatollah Beheshti who exhorted people with their intellectual engagements. In Iran the Islamic Revolution has its roots in the trials and tribulations of history. The late 19th century Tobacco Movement and early 20th century Constitutional Movement has been a very important event in awakening the collective consciousness of people. Further the democratically elected popular Prime Minister Mohammad Mosaddegh Government supported by a Shia clergy Ayatollah Sayyid Abol Qasim Kashani was overthrown in a US-backed coup (also called Operation Ajax) had deep impact on psyche of ordinary Iranians. Actually, the sense of anti-Americanism had also roots in that “great betrayal”. Upon restoring the monarchy with the help of Britishers and Americans, Shah started more repressive policies by eliminating the dissenting voices. The notorious secret service SAVAK had played major role as henchmen in perpetuating the intimidation and torture of political activists. The bloody events of 15 Khordad in 1963, after which Ayatollah Khomeini was sent into exile, had began to radicalise the Iranian masses against the despotic monarchy. Western countries had more clout over the oil businesses. Despite booming oil remittances the wedge between rich and poor began to make situation worst.

A Road to Revolution

In the last leg of the nationwide mass protests in December 1978, the momentum began to gather each passing day. The religious fervour was very high as it coincided with the commemoration of Martyrs of Karbala in the month of Muharram, which has a central place in Shia religio-philosophical construct. The Iranian ulama have successfully tried Shia symbols to mobilise the masses and created the binary of Imam Hussain vs Yazeed. The streets swelled with frenzied people raising the emotional slogans in crescendo “Kullo Yaumin Ashura, Kullo Arzin Karbala” (Everyday is Ashura, Everyday land is Karbala). It was quite evident that any time soon US-backed Shah would no longer ruler of this country. Even the renowned French intellectual Michel Foucault, who went to Iran as an Italian newspaper Corriere della serra’s correspondent, sensed the popular upsurge that is going to inevitable in Iran.

Na Shah Mee Khwaham, Na Shahpour Mee Khwaham (I want neither Shah, nor Shahpour). This was a proclamation of Ayatollah Khomeini in a massive public reception at Behisht-e Zehra cemetery when he landed on Mehrabad Airport on 1st February in 1979 after fourteen years of exile in Turkey, Iraq and France. Iranian newspapers covered this historic event as “Imam Aamad” (Coming of Leader). Iranians welcomed him as a redeemer of their suffering who will lead to their collective salvation. Defying vestiges of Shah’s regime on February 11, Imam Khomeini took the reins in his own hand formed Islamic Revolutionary Committees were formed across the country to run the affairs.

After one month, Khomeini constituted a referendum and declared Iran as Islamic Republic and introduced the political system of Velayat-e Faqih (Governance of the Jurisprudent). Mehdi Bazargan, who later parted his ways, became first President. In order to consolidate the regime and his grip on power he also formed an elite force called Pasdaran-e Enghelab-e Islami or Islamic Revolutionary Guards Corps (IRGC), which later cut their teeth in Iran-Iraq War and also played an important role in purging the remnants of Shah. It remains a formidable force in Iranian defence system. After the victory of revolution, the relations between Iran and US administration got worse. President Jimmy Carter showed no goodwill towards the new regime but hostility and threats. The US embassy hostage crisis further added fuel to the fire. In its neighbourhood, Iraqi dictator Saddam Hussein, being bankrolled by Gulf regimes and armed by Western countries, imposed an eight-year devastating war on Iran. The left guerrilla group Mujahideen-e Khalq Organisation (MKO) would also try to trigger a counter revolution. But despite all these stumbling blocks, it came out triumphantly. The commendable fact of these developments is that electioneering process of Presidents and Majles had never been halted despite these entire crises.

The revolution not only profoundly changed Iran and its Government, but also changed how Iran was dealt with by the rest of the world. Beyond the borders it also had the regional and international dimensions. One of the pillars (other was Saudi Arabia) of United States’ “Twin-Pillar Strategy” in the region fell down. Western nations and especially the US, whom Iran termed it as Shaitan-e Bozorg (Great Satan), were not prepared for the revolution and it was a great surprise to the international community.

The revolution was seen as a great threat to the status quo in the authoritarian and monarchical regimes in the WANA region. Asserting Islam as a major political force and to dislodge the East-West binary being contours of international relations, Iranian revolutionaries had given a call “Na Sharq, Na Gharb, Faqat Jomhouri Islami” (Neither East, Nor West, only Islamic Republic). They also exhorted “Mustazifeen” (Oppressed) to take the “Mustakbireen” (Oppressors) out from the power. As Vali Nasr also contends that Iran made Islamism a political force that would change Muslim politics from Morocco to Malaysia.

It inspired the people struggling for self determination and their legitimate rights. Particularly it had a major impact on the Palestinian liberation struggle against the Zionist occupation. The birth of Hamas and Palestinian Islamic Jihad movements made possible after the Iranian support. The Iraqi Shia political activists who were bearing the brunt of ruthless repression of Saddam Hussein’s regime were also very receptive of Imam Khomeini’s clarion call. The underclass Shia of south Lebanon also got inspired by the Islamist fervour and organised a powerful Hezbollah movement against the Israeli occupation. It was that time when the farcical Arab Nationalism had taken hold across the region.

After 40 years of revolution, Iran has achieved progress almost in every walk of life and made country self reliant. Ayatollah Khomeini’s forthright leadership and his undeterred character led the revolution to its accomplishment despite all hardships and adverse circumstances. Similarly after the death of Imam Khomeini in 1989, the incumbent Supreme Leader Ayatollah Sayyid Ali Hosseini Khamenei successfully carried on his legacy with new vigour and wisdom. He successfully led Iran to a rightful place in comity of nations.

The legacy of the revolution continues to have reverberations even today, and has profoundly shaped politics in the West Asia. Still the Iranian leadership is standing against the war-monger countries like rock solid who are bullying in the names of covert or overt war and harsh economic sanctions.