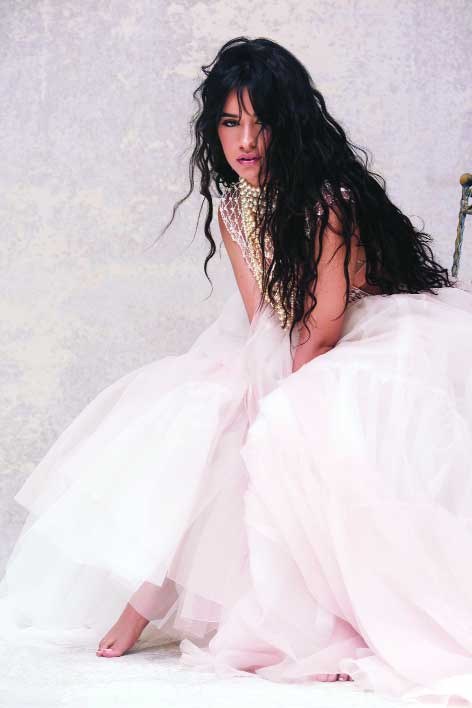 On September 5, 2019, two-time GRAMMY® Award-nominated multi-platinum and chart-topping singer/songwriter Camila Cabello shares two new singles entitled Shameless and Liar. Get them here via SYCO/Epic Records. Making for a momentous return by the songstress, the new songs start the era of her mega-anticipated second album, Romance. It represents her most personal music to date, drawing directly from autobiographical experiences and translating them into unforgettable songs.

“These songs are basically the story of my life the past couple years and the stories I’ve accumulated — I knew for a long time I wanted my album to be called Romance because these stories are about falling in love,” Cabello said.

Actress Vaani Kapoor sustained several bruises while she was shooting for the song Ghungroo from the upcoming film War.

“I think my body endured a lot during rehearsals and the shoot. It was physically demanding and extremely challenging with swing pole and Cyr wheel section of the dance but all the sweat and bruises were definitely worth it as it gave me the opportunity to pull off something entirely new,” Vaani said.

The song’s choreographer Tushar Kalia called Vaani a hardworking actor and that he was amazed to see her commitment.

“She got so many bruises, she fell so many times and it was bad. Physically, it was very challenging but she never gave up and she never skipped a single day of rehearsal. It is because of her dedication, commitment and hard work that the song has come out so well! I'm really proud of what she has done in the song," he said.

Ditching luxury cars, superstar Salman Khan took a bicycle ride to the sets of his film Dabangg 3 amid Mumbai rains.

“Mumbai city in the rains...Off to the location to shoot for Dabangg 3,” Salman captioned the video on Twitter. In the clip, the Ready star is seen in black shorts and zipper paired with cap. As he stopped at traffic lights, he posed with fans for photographs.

Dabangg 3 is directed by Prabhudheva. Salman and Prabhudheva have reunited on this project after Wanted in 2009.