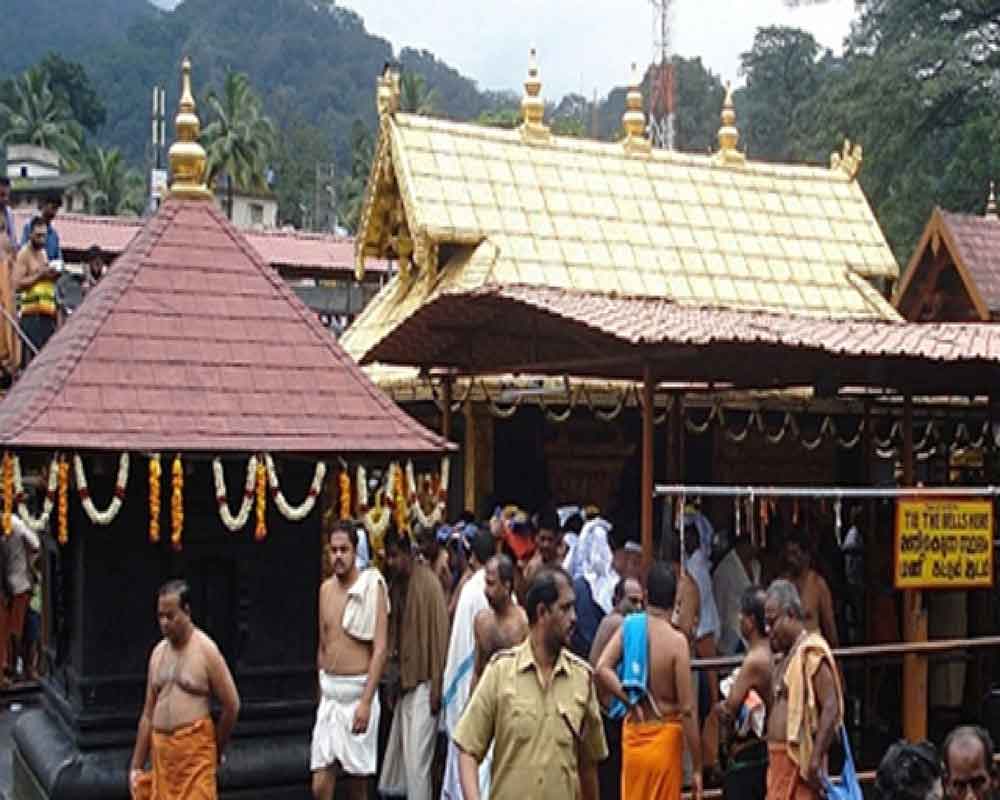 A 12-year-old girl from Puducherry, who had come for darshan to Lord Ayyappa temple here along with her father, was not allowed to proceed to the shrine from Pamba on Tuesday morning.

The age of the girl, with "irrumudikettu" (offerings to Lord Ayyappa) had been shown as 10 in the virtual Q booking.

Women police examined the girl's aadhar card and found that she was 12 years old and refused to allow her to proceed further from Pamba to the shrine complex, police said.

After those accompanying the child were informed about the current situation in Sabarimala, her father and other relatives proceeded to the temple.

Supporting the shrine's tradition, a nine-year-old Keralite girl, who came to the temple complex from Karnataka on Monday, had a placard around her neck inscribed with the words "Ready to wait. Will visit the shrine after attaining 50 years."

Hailing from Thrissur, Hridyakrishnan said she had visited the shrine thrice and would have darshan of Lord Ayyappa only after she reaches 50.

Her father, Harikrishnan had said devotees are those who protect traditions and beliefs.

While two women in the barred age group of 10-50 years had been stopped by police on Monday from visiting the hill shrine, on Saturday, when the temple opened, at least 10 young women from Andhra Pradesh had been sent back.

The Pamba base camp is at the foothills of Sabarimala, about 5 km from the shrine.

The state and temple precincts had witnessed protests by right wing outfits and BJP workers last year after the LDF government decided to implement the Supreme court's verdict of September 28, 2018 allowing women of all age groups to offer prayers at the shrine.

However, this year, even though the top court had not stayed its verdict on entry of young women into the shrine while posting various petitions on the matter to a larger bench, the government was exercising caution.

Devaswom Minister Kadakampally Surendran has made it clear that Sabarimala was not a place for activists to display their activism and said the government would not encourage such women who want to visit the shrine for publicity.