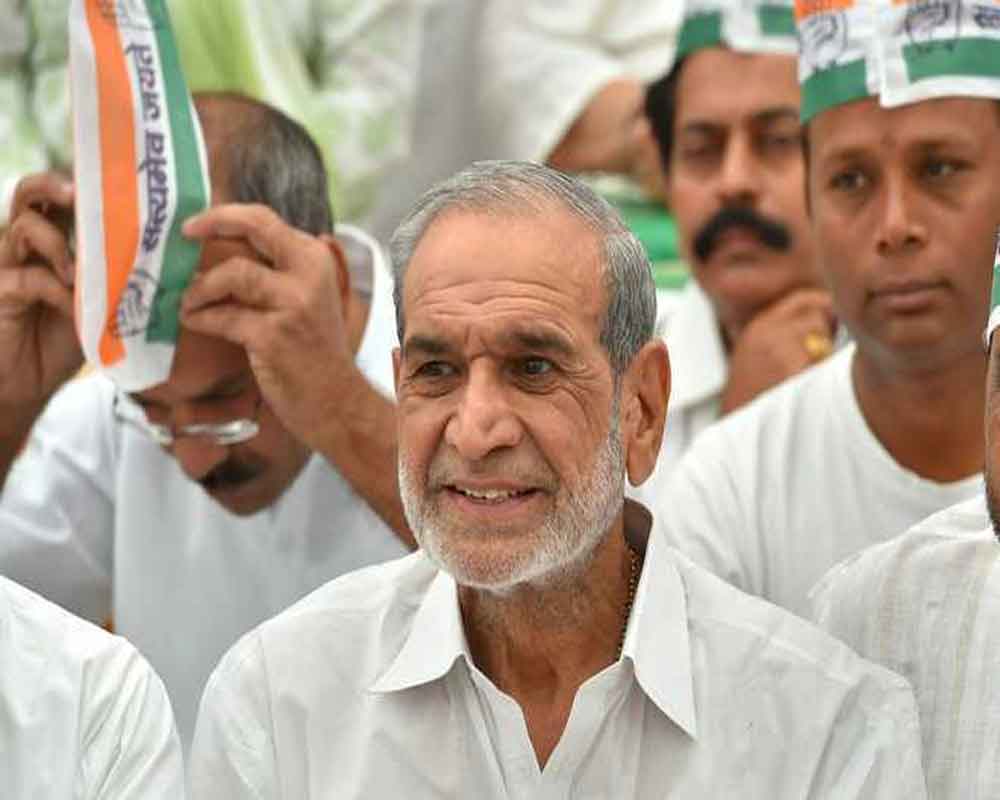 Former Congress leader Sajjan Kumar, serving life term in Tihar jail, accused the CBI before a Delhi court on Tuesday of tutoring a key witness in a 1984 anti-Sikh riots case.

The fact that the witness was giving information contrary to his police statements in 1985 point to his being tutored, Kumar's counsel said.

The submission came after Joginder Singh, who is a witness and the complainant in the case, told the court that certain facts written in the statement given by him to the police relating to the case were false.

Singh was being cross-examined before District Judge Poonam A Bamba when he said that, contrary to his previous statement to the police, he did not run away from his house when some people came and looted his house during the riots.

Three persons -- Kumar, Brahmanand Gupta and Ved Prakash -- are facing trial on charges of murder and rioting pertaining to the killing of Surjit Singh (Joginder's cousin) in Sultanpuri.

The riots broke out after the assassination of then prime minister Indira Gandhi by her Sikh bodyguards on October 31, 1984.

Kumar is currently lodged in Tihar jail after conviction in another case related to the riots.

Singh had said in 1985 that some people had entered his house and looted precious jewellery and money. He said he had run away from his house and did not recognise any of them.

When the defense counsel pointed out that in his previous statement Singh had not named the accused or named any Surjit, the witness told the court, "I had named everyone. I had taken the name of Sajjan Kumar as one of the accused and given every detail about Surjit to the police. I don't know if they had recorded it or not."

The advocate appearing for the former Congress leader however said, "Singh has been tutored. It was evident from the previous statement and today's statement that Singh was giving a false statement."

Another witness, Cham Kaur, had on November 16 last year identified Kumar before the court as one who had allegedly instigated the mob to kill Sikhs.

Kaur had told the court that she had seen Kumar allegedly addressing a crowd in the national capital's Sultanpuri area in 1984.

"On November 1, 1984 when I stepped out to look for my goat, I saw accused Sajjan Kumar addressing the crowd and saying 'hamari ma maar di, Sardaro ko maar do' (They killed our mother, kill the Sikhs)," Kaur had told the court.

She further said the next morning, her son and father were killed.

Before Kaur, another key prosecution witness Sheela Kaur identified Kumar as one who had instigated a crowd in Sultanpuri.

The case was transferred from the Karkardooma court to the Patiala House court here by the Delhi High Court, which had directed the district judge to video record the proceedings.

The Delhi High Court had on December 17 last year convicted Kumar and sentenced him to imprisonment for "remainder of his natural life" in another 1984 anti-Sikh riots case, saying the riots were a "crime against humanity" perpetrated by those who enjoyed "political patronage" and aided by an "indifferent" law enforcement agency.