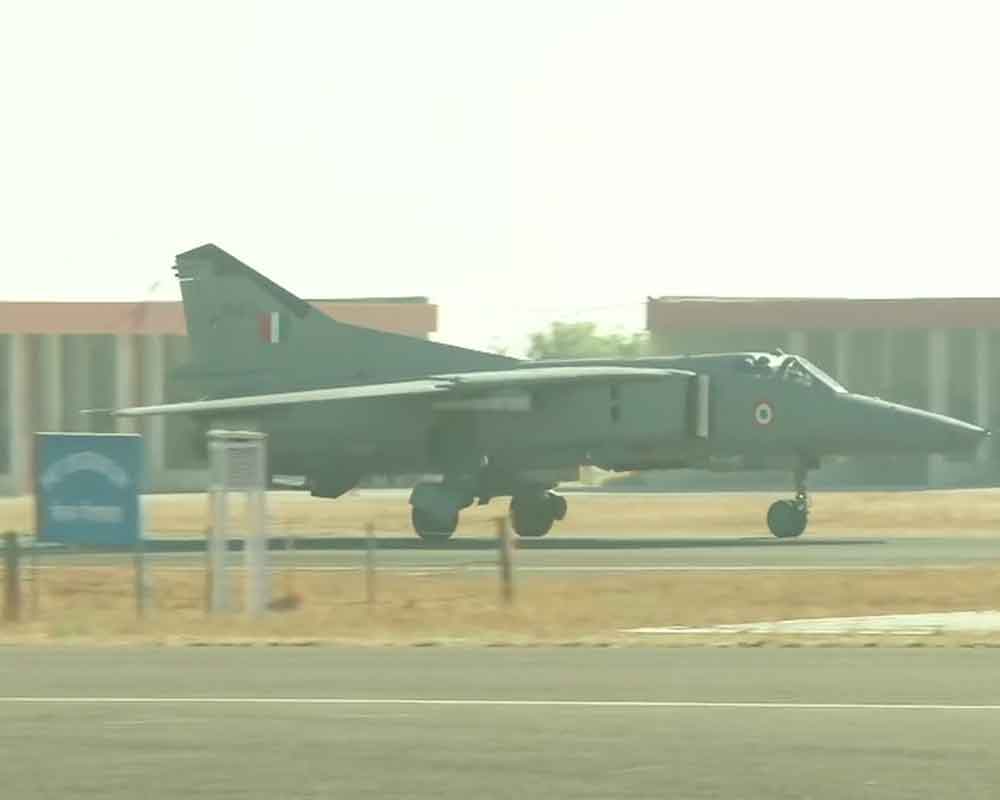 The iconic MiG-27 was decommissioned from the Indian Air Force at Jodhpur air base on Friday.

After serving the IAF for over three decades, the fleet of MiG-27 had their last sortie from the air base on Friday.

Jodhpur air base had the squadron of seven MiG-27.

Air marshal S K Ghotia, the air office commanding-in-chief of South Western Air Command, who was present at the event, said the plane has been at the frontline and has proved its worth in the 1999 Kargil War.