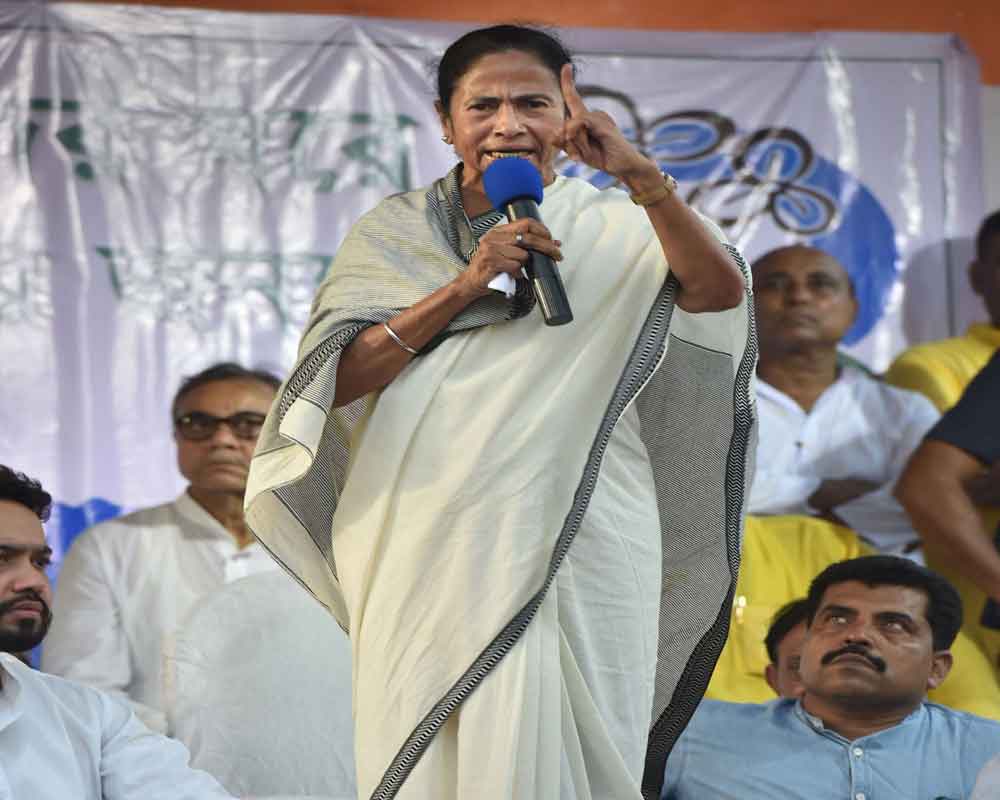 Setting the stage for escalation of the fight with the BJP, West Bengal Chief Minister Mamata Banerjee Friday asked the party leaders to recapture TMC offices allegedly "occupied" by the saffron party as early as possible.

The TMC chief, who held an extended core committee meeting of the party, appointed her brother Kartik Banerjee and state minister Bratya Basu as the president and chairman respectively of the party's frontal 'Jai Hind Bahini'.

The two organisations, which she had launched on Thursday, will "counter the growth" of the RSS in the state.

The TMC supremo also hit out at a section of the party leaders who had "surrendered" to the lure of money given by the BJP and termed them as "traitors".

"We have been told to recapture the party offices which had been occupied by the BJP workers after the Lok Sabha polls as early as possible," a senior party leader said after the closed door meeting.

"She (Banerjee) said the people of Bengal will never forgive traitors. They will get a befitting reply," the TMC leader quoted her as saying.

Banerjee cracked the whip against internal strife and revamped the party by clipping the wings of several leaders and giving new responsibilities to several old timers.

She told party leaders to reach out to the masses and expressed confidence that the TMC will bounce back in the days to come.

"We have been asked to reach out to the masses and increase the connect with them. We have been told to bring back the old timers to the party fold," the leader said.

Banerjee also directed her partymen to organise small meetings and gatherings in areas where the party was defeated.

"We have been asked to prepare a complete report on grievances of the masses," the TMC leader said.

Senior party leader Suvendu Adhikari was given the responsibility of various districts.

The TMC chief had last week effected several changes in the party organisation in Jhargram, West Burdwan, Malda, North Dinajpur, South Dinajpur, Malda, Murshidabad Purulia, Bankura, West Midnapore and Nadia districts after the party's poll debacle. The BJP has won 18 of the 42 Lok Sabha seats in Bengal, only four less than the TMC's 22. The remaining two seats were bagged by the Congress, while the Left Front drew a blank.