People want to get rid of terrorism, those in 'maha milawat' want to remove Modi: PM

People want to get rid of terrorism, those in 'maha milawat' want to remove Modi: PM 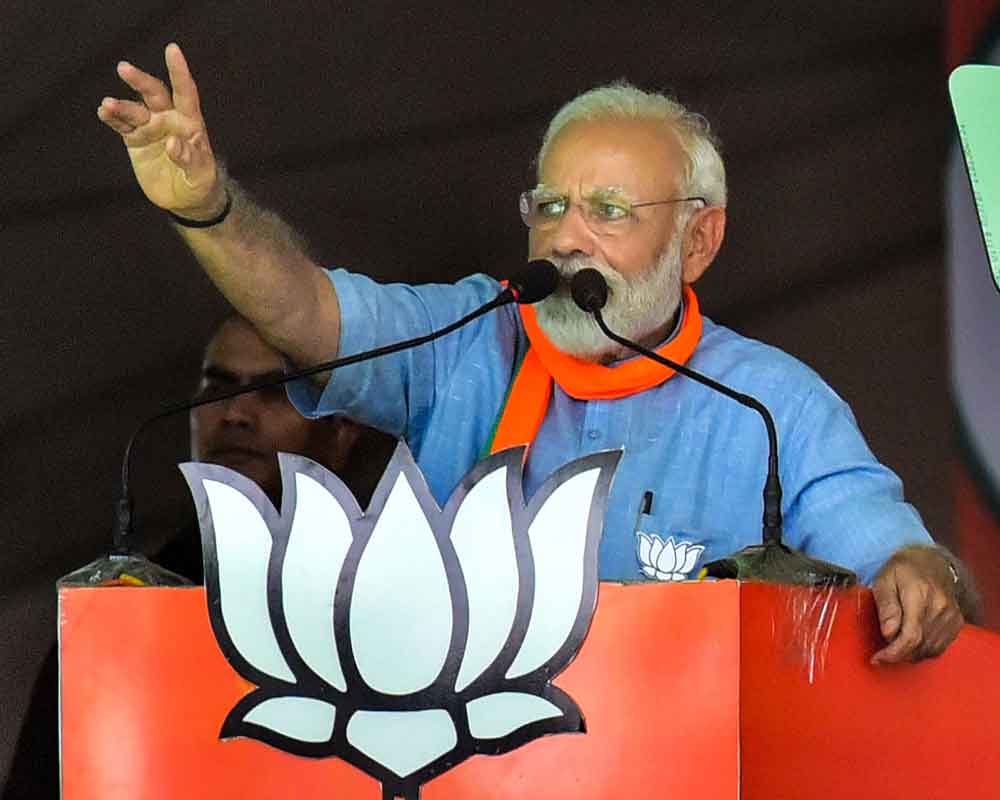 Attacking the anti-BJP alliance formed for the ongoing Lok Sabha polls, Prime Minister Narendra Modi on Sunday said while people wanted to get rid of terrorism, those in the "maha milawat" wanted to remove him from power.

Addressing a poll rally here, Modi asked the crowd, "Tell me whether terrorism should be eliminated or not, whether we should enter Pakistan and kill the terrorists, whether we should conduct surgical strikes and airstrikes, whether our jawans should get a free hand or not? Has your chowkidar done the right thing?" The crowd replied, "Yes."

Hitting out at the anti-BJP alliance, the prime minister said, "You are saying terrorism should be eliminated, but those in the maha milawat say Modi should be removed. This will help them run their politics, but will it be beneficial for the country?

"Imagine only for a second that if there was a small goof-up in the surgical strike or airstrikes carried out by us, wouldn't all of them have ripped Modi apart (Modi ki chamdhi udhedh dete ki nahi, Modi ke baal noch lete ki nahi)?.... But what would happen to Modi later on, should the decision be based on this? Modi never thinks about himself, he thinks about the country."

He said his mission was to "eliminate terrorism, corruption and illness, and alleviate poverty".

The prime minister also said it was his dream to see the defence corridor.

"All the arms needed by the armed forces will be produced here and Aligarh will get the biggest benefit from it," he added.

Stating that Uttar Pradesh could not attain the place it deserved in the country due to its politics, Modi said, "People talk about Bengaluru, Chennai and Ahmedabad. Tell me whether they should also talk about UP or not? Should we allow such a powerful state to languish?

"I want to take UP to the number one spot as far as the economy and the social set-up are concerned. I want to restore UP's glory, which it had enjoyed in the era of Lord Ram and Lord Krishna. And for this, I need your support."

On a couple of occasions during his speech that lasted for over 20 minutes, the prime minister requested some members of the crowd to climb down the structure erected for the rally in order to avoid any untoward incident.

He ended his speech with "Jai Bhim" and "Bharat Mata ki Jai".