PM to set up panel to look into issue of simultaneous polls: Rajnath

PM to set up panel to look into issue of simultaneous polls: Rajnath 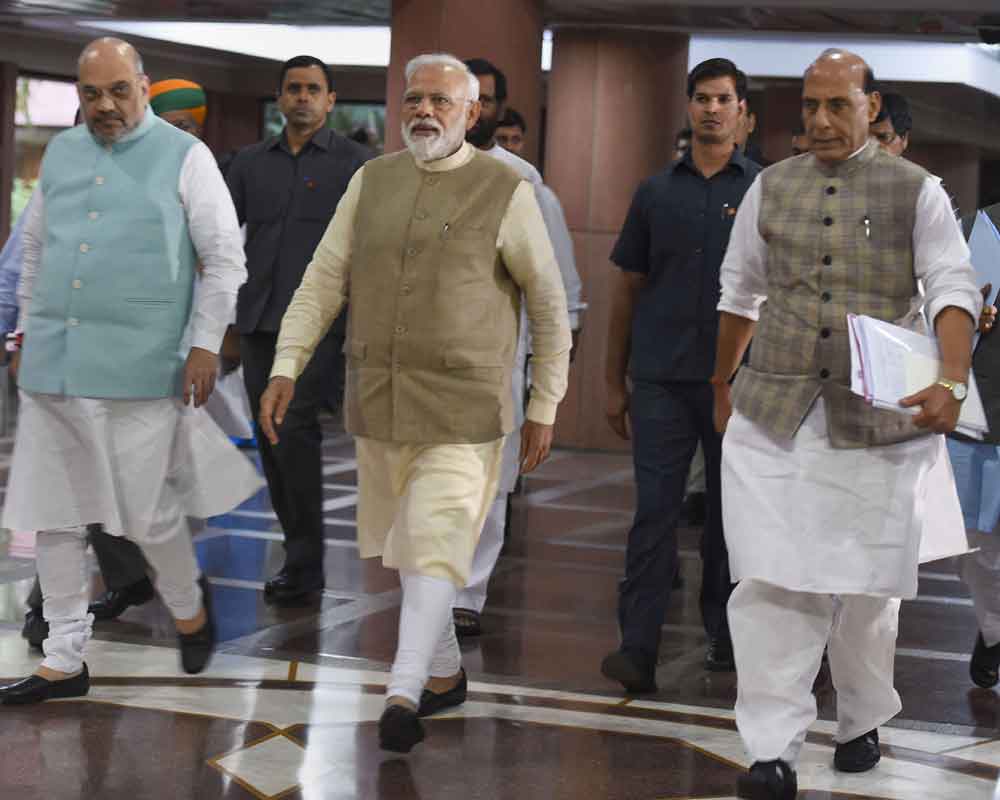 Prime Minister Narendra Modi will set up a committee for giving "time-bound" suggestions on the issue of 'one nation, one election', Defence Minister Rajnath Singh Wednesday.

Addressing mediapersons after the all-party meeting on the issue, Singh said most parties supported the idea of holding simultaneous polls to Lok Sabha and state assemblies.

He said though parties such as the CPI and the CPI-M had "difference of opinion" on how the exercise of joint elections will be held, they were "not opposed (to the idea)".

Asked about the composition of the proposed committee, Singh said the prime minister will take a call.