Why should I resign, says Kumaraswamy

Why should I resign, says Kumaraswamy 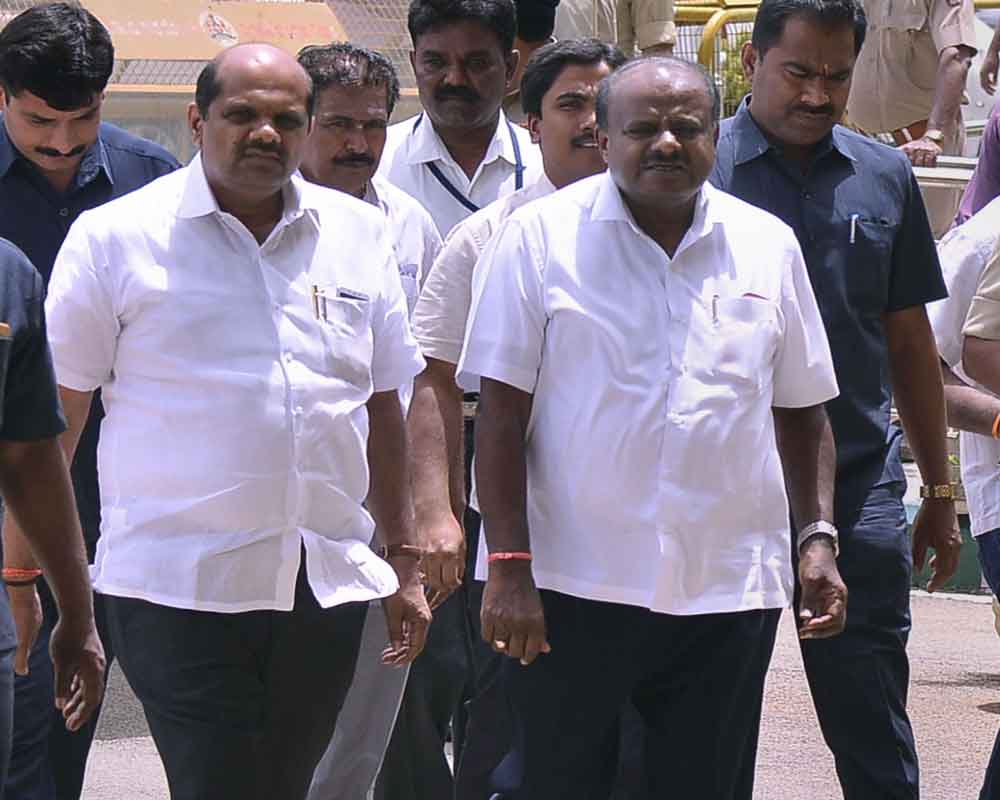 With his government fighting for survival following the resignation of 16 Congress-JD(S) MLAs, Chief Minister H D Kumaraswamy sought to know on Thursday why should he step down from the post.

"Why should I resign? What is the necessity for me to resign now?," Kumaraswamy shot back to reporters here, amidst the speculation that he could put in his papers in the wake of the crisis that has pushed his coalition government to the brink of collapse.

He recalled that in 2009-10, 18 MLAs, including some ministers, had "opposed" the then chief minister BS Yeddyurappa of the Bharatiya Janata Party (BJP) but he had not resigned.

The chief minister held discussions with senior Congress leaders on Thursday, after the coalition government headed by him suffered a fresh jolt with two more Congress legislators resigning on Wednesday, talking the tally of MLAs who have put in their papers to 16.

The Congress-Janata Dal (Secular) coalition faces the threat of losing its majority in the Assembly if the resignations are accepted as its current tally is 116 in the 224 member House.

Congress MLAs MTB Nagaraj and K Sudhakar submitted their resignations to Assembly Speaker Ramesh Kumar at his chamber in Vidhana Soudha, the state secretariat, on Wednesday.

The Karnataka unit of the BJP, led by its chief Yeddyurappa, staged a protest at the Vidhan Soudha on Wednesday demanding the resignation of Kumaraswamy, who they claimed had lost majority in the House.

Yeddyurappa and other BJP leaders also petitioned the governor in this connection.

With the support of the two independents, who resigned from the ministry on Monday, the opposition BJP has 107 MLAs in the 224-member House, where the halfway mark is 113.

If the resignations of the 16 MLAs are accepted, the ruling coalition's tally will be reduced to 100.