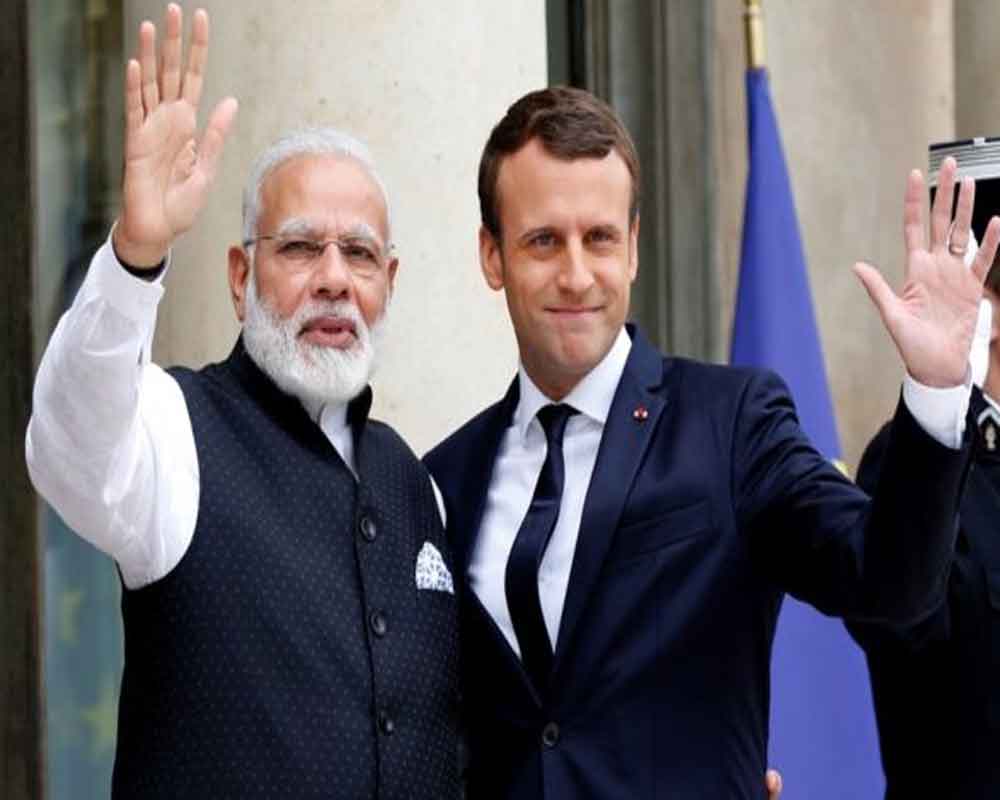 French President Emmanuel Macron has congratulated Prime Minister Narendra Modi on his election win and pledged to continue to work together to consolidate the security of the two nations as well that of the world and promote sustainable development.

He said that the immense voter participation in the electoral process illustrates the "vibrancy of the largest democracy in the world".

The Ministry of Europe and Foreign Affairs spokesperson said France congratulates the authorities and the people of India for the successful completion of the general elections whose results have just been declared.

The immense voter participation in the electoral process illustrates the vibrancy of the largest democracy in the word, it said in a statement.

France and India have a steadfast partnership.

"We will continue to work together to consolidate the security of our nations, secure stability in the world, and promote sustainable development as well as exchanges between our youth," the statement said.

India can rely on France's continued friendship, it added.

India and France last year signed a pact to deepen their cooperation in the field of environment and affirmed their commitment to lead the fight against the climate change.

The two countries have also vowed to work together for the successful implementation of the landmark 2015 Paris climate agreement and fight the challenge posed by terrorism.

The 2015 Paris accord (COP21) aims to reverse temperature increase, mainly caused by carbon emissions. It sets a target to hold the global average rise in temperature below 2 degrees Celsius above pre-industrial levels, and preferably below 1.5 degrees.