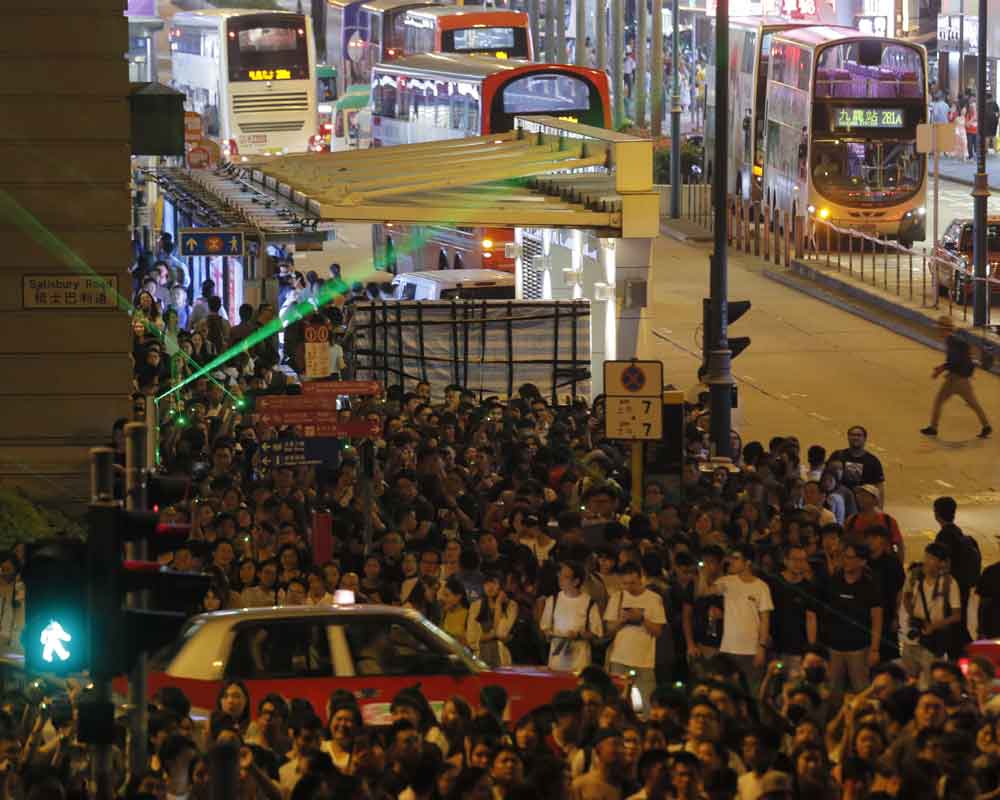 An email attributed to an unidentified government spokesman conceded recent road blockages and confrontations between police and protesters had caused inconveniences, but said they were confined to limited areas.

The statement said the government and the travel industry were working to minimise disruptions and "all stand ready to welcome and assist visitors to Hong Kong any time."

The government on Thursday said tourist arrivals dropped 26% at the end of last month compared to last year and were continuing to fall in August. The travel industry accounts for 4.5 per cent of the financial hub's economy and employs about 2500,000 people, or about 7 per cent of the total working population.

The impact could be as bad or worse than occurred during the 2003 outbreak of severe acute respiratory syndrome, Travel Industry Council chairman Jason Wong Chun-tat was quoted as saying by the South China Morning Post. Wong said cancellations could see hotel revenues in August drop by 40 per cent against the same period last year.

Although the previous two days have been relatively quiet, protests that have involved increasing levels of violence between police and demonstrators were not abating. More are planned for this weekend, including at the city's international airport, one of the world's busiest, where scores of flights were canceled Monday when air traffic controllers stayed away as part of a city-wide general strike.

Sparked two months ago by proposed extradition legislation that could have seen suspects sent to mainland China — where protesters say they could face torture and unfair politicized trials — the protests have since morphed into calls for broader democratic reforms in the former British colony, along with the resignation of Chief Executive Carrie Lam and investigations into alleged police abuse of force.

Hong Kong police say 592 people have been arrested in the protests since June 9, ranging in age from 13 to 76.

They face charges including rioting, which allows for prison terms of up to 10 years. Police have fired tear gas, rubber bullets and other projectiles at protesters, with demonstrators responding with metal sticks, bricks, gasoline bombs and carts full of burning debris.

On several occasions, protesters have been attacked by unknown people believed to be linked to organized crime groups, while police took little action to stop them.

The Communist Party leadership in Beijing has so far has not visibly intervened in the situation, though in their editorials and public remarks they have condemned demonstrators and protest organizers as criminals, clowns and "violent radicals" and alleged that they have been inflamed by politicians from the US, Taiwan and elsewhere.