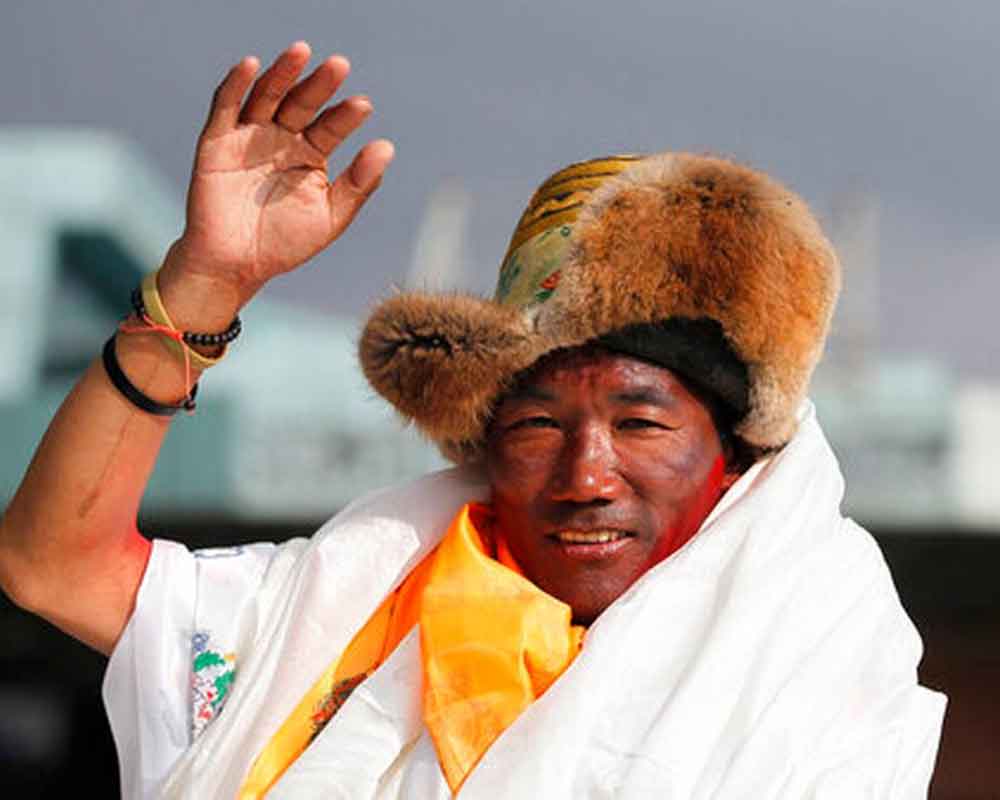 A 49-year-old veteran Nepali sherpa has scaled Mount Everest for the 23rd time, breaking his own record in reaching atop the world's highest peak, media reports said Wednesday.

Kami Rita Sherpa, who summited Everest 22nd time last year to set record of most summits on Mt. Everest, stood on top of the 8,850-metres peak together with other Sherpas on Wednesday morning, the Himalayan Times reported.

"Kami Rita Sherpa from Thame village of Solukhumbu district successfully climbed Mt Everest at around 7:50 am from Nepal side breaking his own record for most summits on the roof of the world," Mingma Sherpa, Company Chairman at Seven Summit Treks, was quoted as saying by the paper.

Rita has been climbing Mt. Everest since 1994. He couldn't climb the Everest in 1995 after his client got sick on the way to summit, My Republica, another prominent daily in the Himalayan nation, reported.

In 1995, he abandoned the summit bid after the deadliest avalanche killed expedition teams.

In 2017, Kami became the 3rd person to climb Mt. Everest for 21 times, equalising the achievement of Apa Sherpa and Phurba Tashi Sherpa, both of whom have since retired.

Kami broke record for set record of most summits on Mt. Everest in 2018.