Reorganisation of J&K internal matter of India; not to impact ties with other countries: envoy

Reorganisation of J&K internal matter of India; not to impact ties with other countries: envoy 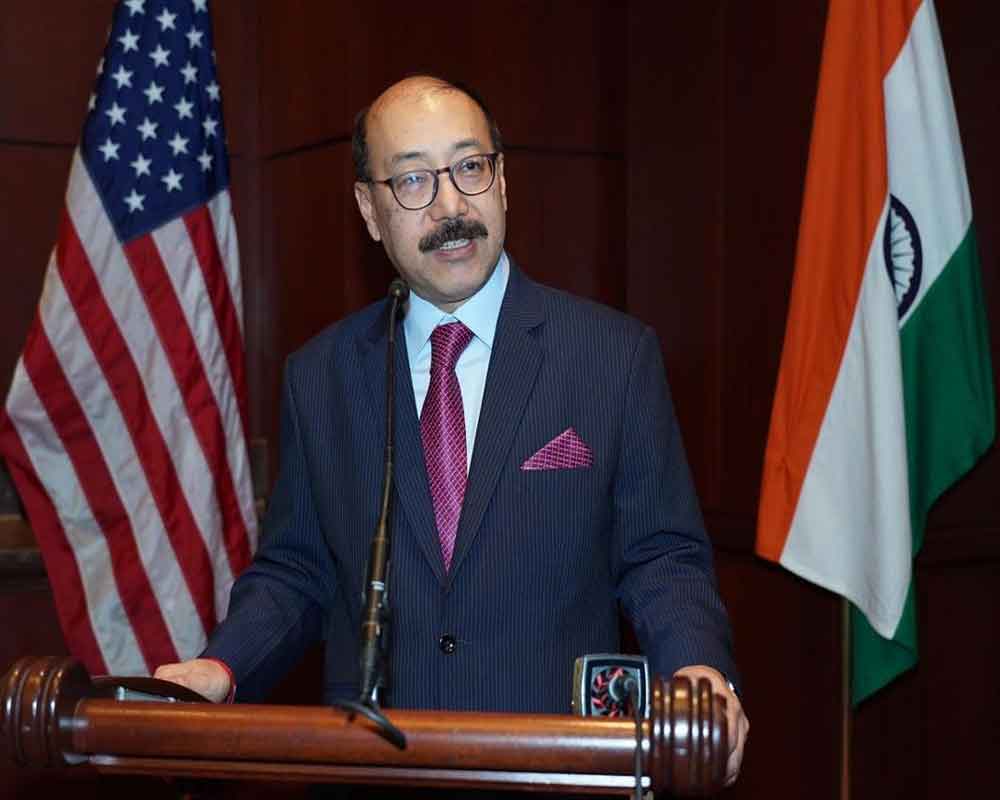 The reorganisation of Jammu and Kashmir is an internal matter of India and it will have no impact on relations with other countries, India's envoy to the US has said.

The Indian Parliament on Tuesday approved a resolution abrogating special status to Jammu and Kashmir under Article 370 of the Constitution and a bill for splitting the state into two Union territories -- Jammu and Kashmir, and Ladakh.

This reorganisation does not affect either the international boundary or the Line of Control (LoC) and the move is aimed at good governance, Indian Ambassador to the US Harsh Vardhan Shringla told a Washington audience on Tuesday.

He said the move is to ensure socioeconomic benefits that go to the people of India also go to the citizens of Jammu and Kashmir, particularly the disadvantaged sections of the population there.

"The reorganisation of the state of Jammu and Kashmir into two Union territories with their own council and legislature is an administrative decision. It's a decision which seeks to ensure that we provide good governance," Shringla said.

Responding to a question at the Heritage Foundation think-tank, the envoy said the reorganisation of a state is not a new concept in India and Jammu and Kashmir is the 12th to be reorganised.

"It's something that doesn't in anyway touch upon or affect the LoC, the international boundary and therefore, doesn't have any impact on our relationship with any other state (country)," said Shringla while speaking on "Contemporary India: Foreign Policy, Development Strategy, and Regional Priorities for Modi 2.0".

"It's an internal matter of India," he said, adding that the idea of bifurcating the state into two Union Territories is to ensure that developmental benefits go directly to the people.

In his first public appearance in Washington DC after the move of the Modi government, Shringla hoped that the reorganisation of the state would lead to its economic development and bring in more investment.

"We will see a great deal of change for the better. It would be greatly beneficial for the development of the state," he said.

Meanwhile, in multiple statements, members of the Kashmiri Pandit community said that articles 370 and 35A of the Constitution were unwarranted in the first place and only impeded complete integration of the state within the Union of India.

The community hoped that these constitutional amendments will enable them to get justice and reclaim their ancestral homeland in Kashmir from where they were displaced since the early 1990s.

These move by the Indian government will also improve the security situation with respect to cross-border terrorism and bring peace, harmony and stability in Jammu and Kashmir, they said.

"The only people to lose from this historic decision are those with special interests and corrupt political, community, and religious leaders whose only aim has been to hold onto power over their constituencies.

"With these amendments, their hegemonic days will soon be over and all the political and economic benefits will actually reach the masses," Lalit Koul, a Kashmiri Pandit from Boston, said.

"I believe that in the long run this will be extremely beneficial for the people of Jammu and Kashmir without impacting its peculiar ethnicity," he said.

Shakun Malik said the community hopes its displaced members will find a path to their homes soon. "We hope that reservations for the minority will bring education, employment and the health care to the needy," he said.