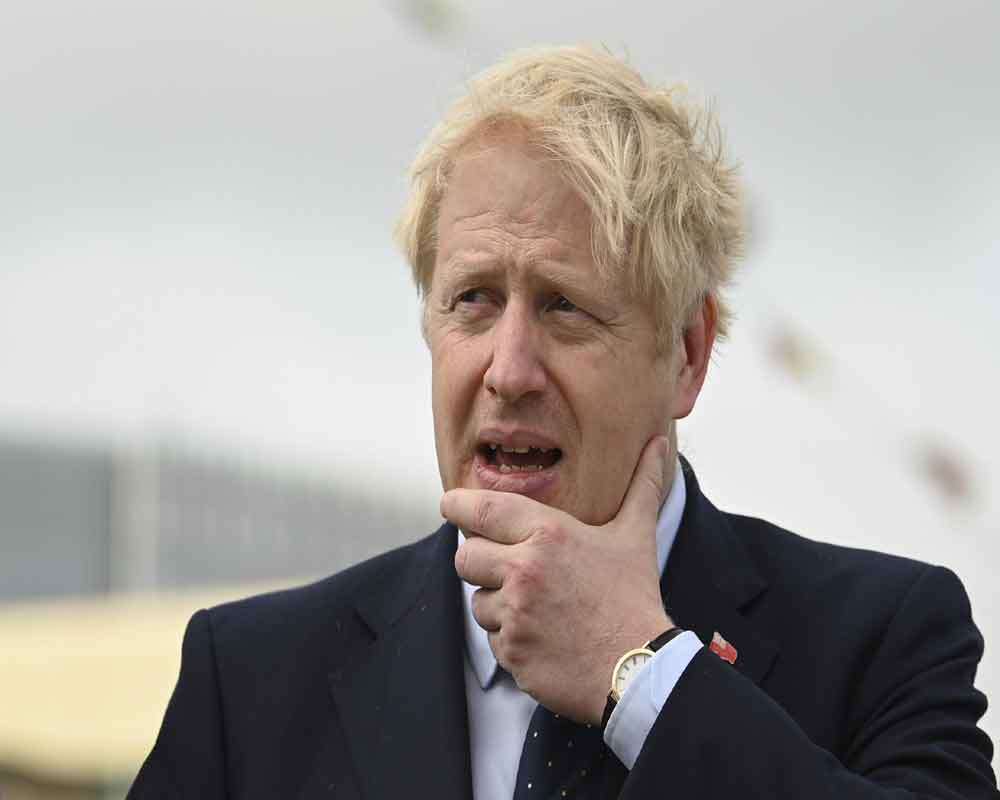 UK's embattled Prime Minister Boris Johnson on Thursday denied that he lied to Queen Elizabeth II when he sought the suspension of Parliament last month, even as Opposition parties intensified their demand for its recall.

The power to prorogue the UK Parliament lies with the British monarch, who conventionally acts on the advice of the Prime Minister.

Johnson was confronted by the question about misleading the Queen, a day after the Scottish High Court ruled that his move to seek a prorogation of Parliament from the monarch was "unlawful".

"Absolutely not. The High Court in England plainly agrees with us, but the Supreme Court will have to decide," said Johnson, in response to the query about his motivation behind the Parliament suspension currently in force, which critics believe was a ploy to prevent MPs from scrutinising his Brexit strategy.

After Scotland's High Court ruled against the move on Wednesday, the UK Supreme Court will now hear the government's appeal against that verdict next week.

Meanwhile, the Opposition Labour Party said it is "more important than ever" that Parliament is recalled after the government published its no-deal Brexit assessment which lays bare the prospect of food and medicine shortages in the event that Britain left the European Union (EU) without an agreement in place by the October 31 deadline.

The so-called Operation Yellowhammer document, which the Johnson government was pressured to publish after a media leak around its findings, warns of disruption lasting up to six months, lorries piling up on the border and fears of protests and counter-protests.

But Johnson is standing firm on his “do or die” pledge to leave within the Brexit deadline and insisted the UK "will be ready" to leave the EU by October 31 without an agreement "if we have to".

"What you're looking at here is just the sensible preparations – the worst-case scenario – that you'd expect any government to do. In reality we will certainly be ready for a no-deal Brexit if we have to do it and I stress again that's not where we intend to end up," he said.

The ongoing five-week suspension of Parliament started in the early hours of Tuesday, and MPs are not scheduled to return until October 14, for the traditional Queen's Speech when a new government lays out its agenda for the year.

Just before the suspension, Johnson had to face up to a series of House of Commons defeats, including in two votes for a snap general election on October 15 in order to try and win back his now missing parliamentary majority.