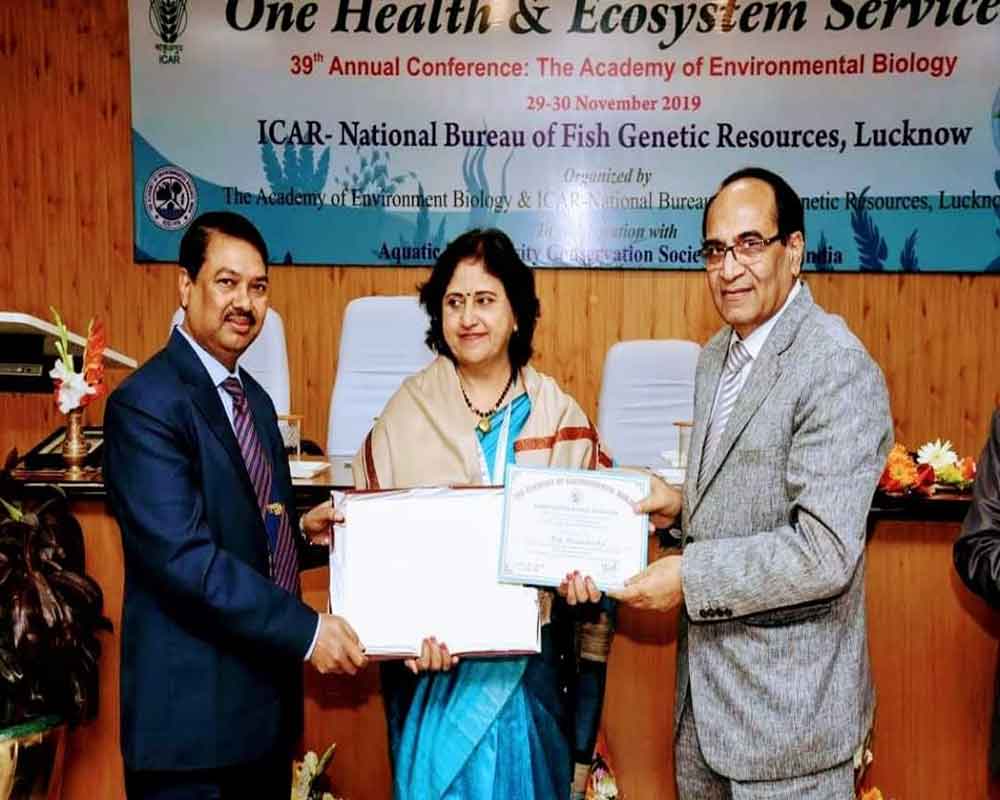 Director of International Affairs of IP University’s USEM (University School of Environment Management), professor Anubha Kaushik was recently conferred with coveted FESM Award at the 39th annual conference of the Academy of Environmental Biology organised at ICAR, Lucknow. Kaushik is recipient of a number of other national and international awards in the past for outstanding contribution in the field of environment management.

Keeping in mind the rising crimes against women and remembering Nirbhaya, CA Shweta Pathak organised a campaign run in RK Puram to promote women safety. Pathak, apart from being a women empowerment and social activist, also serves as a vice chairperson of Northern India Regional Council (NIRC) of the Institute of Chartered Accountants of India (ICAI). She had also been awarded with Delhi Ratan for her initiatives taken for women empowerment and her social activism at the All India Conference of Intellectuals. Pathak said that apart from a strong law, there is a need for change in the mindset of people towards women. At the event, Shweta said a slogan, “Her naari ki yahi pukar, meri suraksha mera adhikaar.” Over ten thousand people participated in the drive. People behind the success of the campaign are Anmol Pathak, Devisha Sethi, Aditya Shankar, Ankit Yadav, Ankit Kumar, Srishti Chadha, Aveek Banerjee, Santosh Pathak, who work under the leadership of Pathak.

Indian Oil Corporation’s (IndianOil) state-of-the-art INDMAX refining technology, with Lummus Technology Inc, USA, as the global licencing partner, has been selected through a global tender by Naftna Industrija Srbije (NIS) of Serbia for production of higher value products. The first-ever overseas agreement to licence IndianOil’s INDMAX refinery process technology for high propylene production was signed between NIS and Lummus Technology Inc, USA, in the presence of Sanjiv Singh, chairman, IndianOil, and Dr SSV Ramakumar, director (R&D), at Belgrade, Serbia, on Tuesday. This breakthrough has opened up new vistas for expanding the global footprint of the Make in India product.

Steel Authority of India Limited (SAIL) signed an MoU with National Health Authority (NHA), government of India, for empanelment of SAIL hospitals under Ayushman Bharat Pradhan Mantri Jan Arogya Yojana (PM-JAY) in the capital on Wednesday. Currently, around 14 SAIL healthcare units will be constructed in various regions, some of which include Bhilai, Bokaro, Rourkela, Durgapur, Burnpur. The beneficiaries under PM-JAY will be able to take cashless treatment at SAIL hospitals also. The MoU was signed in the presence of Atul Srivastava, director (personnel), and other officials.