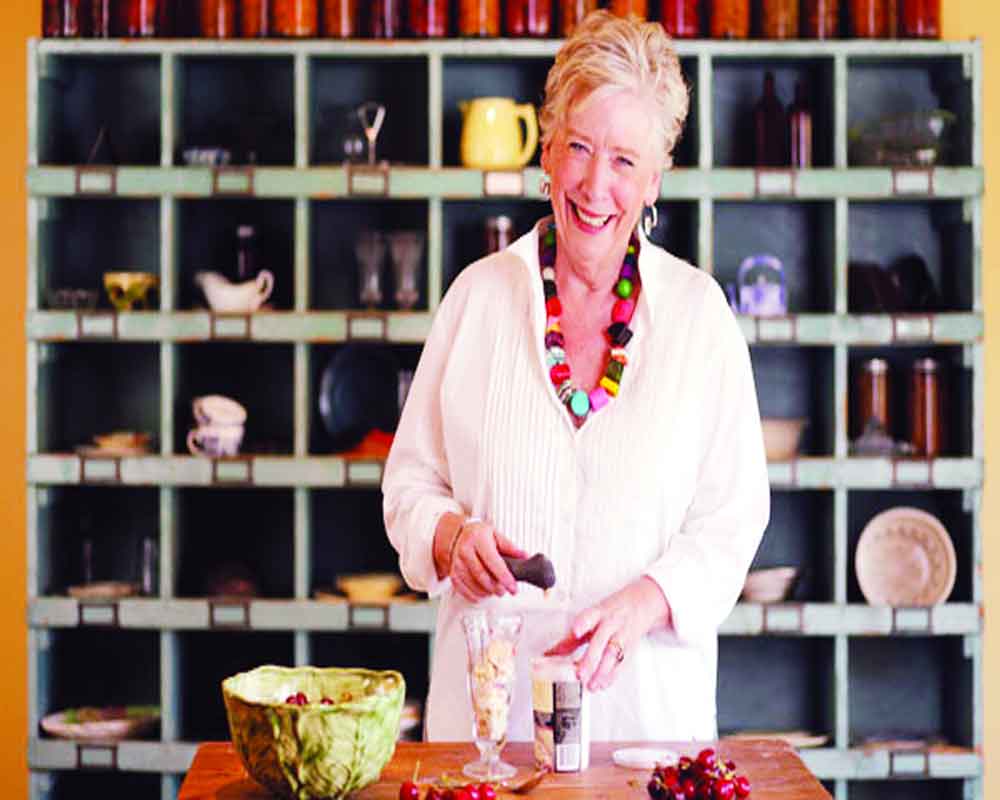 Maggie Beer did not let a lack of formal training come in the way of her metamorphosising into a legendary cook and author. Whenever she makes an appearance as a guest judge on MasterChef Australia it tends to create a lot of excitement among the contestants as they realise that they would be mentored by one of the country’s most cherished and respected chefs.

Beer’s career extends over five decades and she has been a part of the the much-loved show since the very beginning. She worked at a Scottish sailing school during a European trip in her early twenties where she says, “I used the entire larder for the four-month season in eight weeks because I am a very generous cook and that’s the only way I know how to do it.” After relocating from Sydney to the Barossa Valley, Beer, with her husband Colin, established the Farm Shop in 1979 which morphed into the Barossa Pheasant Farm Restaurant later. It became well-known for serving locally sourced pheasant as well as a pate.

When questioned about her journey to becoming one of the world’s most famous chefs, she laughs and says, “I call myself a cook and not a chef. I grew up in a family where food and cooking were very important. I started learning about food since then. My parents cooked everything from scratch. We had our own farm and that helped me a lot in understanding the ingredients.” Growing up as she did, the chef always had an inclination towards food and cooking so she started with some of her farm produce which marked the beginning of her career.

Along the way she has developed her own food philosophy. “I see myself as a country cook and a produce-driven cook, I cannot waste any product or ingredients. My philosophy is to make every dish in such a way that the ingredients are used properly and efficiently,” she says.

Talking about her experience at Masterchef she says, “The most beautiful thing about the show is the excited young people who have a dream that they are following. It is good to see how dedicated they are in pursuing their passion. They give a part of themselves to the show. They come with an eagerness and ability to learn and do it very quickly too.  So I love their openness to learning.”

The chef has not visited India for a long time. She says, “When I was 21, I stopped in New Delhi for some time on my way to Europe. And considering that I will turn 75 in January, that was a long long time ago.

As for Indian food, she is in love with the spices and legumes. “I love things like dough, vignettes and tamarinds. I love the Dosa too because it is a tremendous blend of so many flavours and at the same time it’s so crisp,” added she. “I don’t cook all these as I stick to Mediterranean,” she laughs and adds, “But I have tried and tasted all of them when others cook hem for me.”

Like any other chef, Beer too has her favourites when putting together a meal. “There are some ingredients that I cannot do or live without, extra virgin olive oil being one. But my routine is that we have a big vegetable garden and it’s about following the seasons, going to the pantries, looking at the organic produce, getting the right seeds... and more. And my routine is thinking at the last moment what am I going to have for dinner? So I look at the garden and I see all the beautiful and amazing things. It’s a very relaxed routine even though I work very long hours. In that routine, I grab and feel a lot of new experiences everyday. So my routine is just to be seduced by whatever looks the most beautiful and make it into a dish,” she says with a laugh.

Despite being a much-renowned chef, she believes that cooking is not looked upon as a celebrated career even now. There are people still struggling with their passion “My advice is to understand that hard work can lead you to dizzying heights. And your dream is only likely to be fulfilled if you’re truly passionate about it. You want to learn and keep evolving. You should be ready to absorb everything that’s been put in front of you. If you have a real interest in cooking, it is one of the most rewarding things to do,” she says.

Despite cooking for so many years and having gathered a plethora of experiences, there are some dreams which continue are yet to be achieved. “My one dream is that I make beautiful ice creams, which are really very special, super premium. We make them commercially and export to China. So my one dream is to be able to export them to India as well. I have always wanted to explore the country and by exporting our ice creams, I’ll get its people to taste our produce as well,” she says.

However, Beer has not let herself be confined to just cooking but is extending her domain by way of her foundation. “In Australia, food health is not as important and sometimes neglected. So we have a lot of age care homes that need to get much more beautiful food. It can be institutionalised. And I kind of accept that. So I am trying to change the food to give it a whole new flavour and  also a pleasure to the residents in age care homes who are no longer able to cook by themselves. So that actually keeps me busy.”

(The season 11 of the show airs on Star World.)