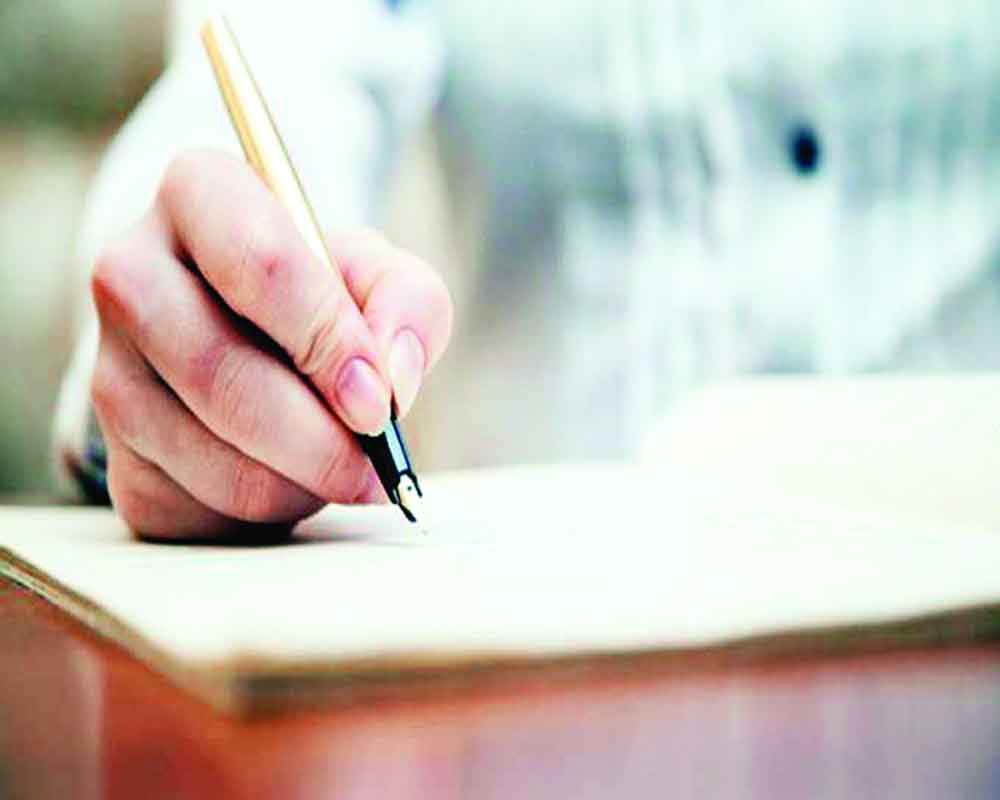 The score of this exam used by institutes like SP Jain, IMT Ghaziabad, XIM Bhubaneshwar and GIM Goa for their Business and Human Resource Managment programmes was moderately easy to difficult, says Ankur Jain

The XAT 2020, conducted by XLRI Jamshedpur for admission to their Business Management and Human Resource Management programmes, was conducted on January 5, 2020. The score is also used by many reputed institutes like SP Jain, IMT Ghaziabad, XIM Bhubaneshwar and GIM Goa as a part of their admission process.

In terms of the pattern, it was similar to the last year’s paper. The total number of questions this year was 75. The paper had two parts — Part-I and Part-II.

The section on General Knowledge did not have any negative marking and the marks scored in this section would be used for evaluation only after the initial screening — these will not be used for the shortlisting of candidates for the group discussion, written ability test round.

The verbal and logical ability section was a mixed bag of moderately easy/difficult and difficult questions. The vocab-based questions were not challenging. The RC passages were not difficult to follow and they were of shorter length than those of last year. But the RC questions involved a lot of critical thinking.

The VA segment had a total of 11 questions. Of the five critical reasoning (CR) questions, two could surely be attempted without going wrong.

Of the two para formation questions, one was easy (the answer options could be used to arrive at the right order) while the other had lengthy sentences and it was relatively challenging to spot the logical connections between the sentences. One of the two should have been surely attempted without going wrong.

Both the passages could be attempted with the help of the thought flow of the context itself without going wrong.

There were four RC passages, each having three questions. There was a poem of having two questions. The poem posed an Inference question. The second question based on the poem was: Which will not serve as a title to the poem?

One of the passages sense of self had a further application question in addition to inference questions.

The cut-off in this section is expected to be around eight marks for XLRI Bm (male candidates). There were 21 questions in decision-making (DM) section, from seven sets — each set is of three questions.

The sets were simple and easy to comprehend. The easier part, however, ended there. The questions were subjective and the answers choices were not too easy to eliminate.

This year’s DM section is as difficult as it was last year. The questions that needed ranking the statements had very close choices. Careful reading was required for all the sets to avoid mistakes.

By spending about 30 to 35 minutes one would be able to attempt about 15 questions with 80 per cent accuracy.

We expect the cutoff in this section to be around eight marks for Bm programme.

The Quantitative Ability (QA) and Data Interpretation (DI) section had a mix of a few easy and mostly moderate-difficult questions. A few questions (the one on hare and tortoise, the one on time and work involving three persons, the question based on probability and a few questions from Geometry-Mensuration) turned out to be challenging and lengthy and required a thorough understanding of concepts.

In contrast to the last year, almost no question in this set required intensive calculations.

In a major departure from the pattern that XAT stuck to for the last many years, questions from Data Sufficiency (DS) were missing (test takers have become used to seeing two DS questions every year in the XAT) .

The section was similar in difficulty level compared to last year's QA-DI section, though the questions were definitely lengthier compared to last year. There were six questions from two DI sets. While the table-based set was very easy, the set involving countries and their GDP was time-consuming and had a strong flavour of reasoning too.

With the section being a notch lengthier, the number of attempts is bound to go down marginally.

The cut-off in this section for general category is expected to be around 11 marks for Bm. The section had  mix of questions from areas like  History, Geography, Sports, Business and  Constitution.

As the section is not used for shortlisting, there will be no cut-off requirement for this section. However, those who attempted 12-13 with about 80 per cent accuracy can consider themselves to have done well.