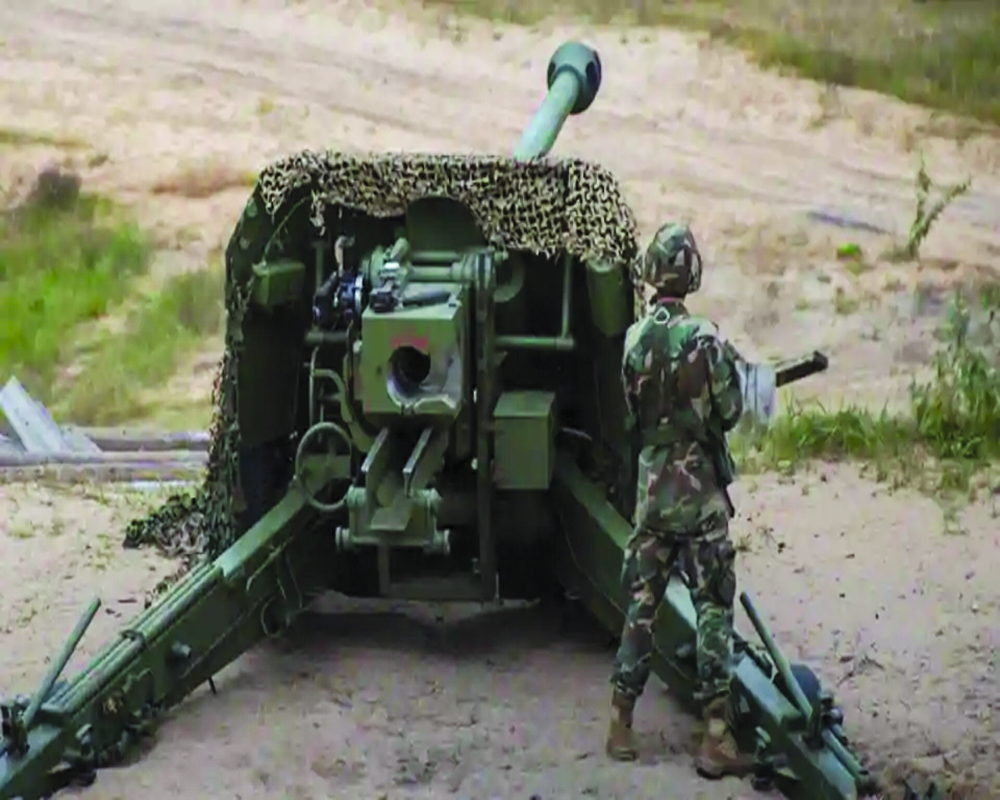 Despite the minor setback in the indigenous ATAGS programme, India must forge ahead in the nation’s interest and for the Army’s sake

The Advanced Towed Artillery Gun System (ATAGS) programme began in 2012, spearheaded by the Defence Research and Development Organisation (DRDO), with two strategic partners — the Bharat Forge Limited (BFL) and Tata Power Strategic Engineering Division (SED). The Defence Acquisition Council (DAC) had ratified the procurement of 150 ATAGS in August 2018. However, the process of developing them started way back in 2013 and concluded by 2017. The howitzer gun system was developed in a record time of 30 months and has gone through extensive trials over the last four years and performed admirably with remarkable consistency.

The ATAGS is one of the most advanced and perhaps the world’s first gun which is capable of delivering Bi-Modular Charge System (BMCS) zone seven propellants. With a firing range of 48 km — a record of sorts in the 155 millimetre/52 calibre family — the ATAGS is an appendage to the indigenously developed 155 millimetre/45 calibre artillery gun Dhanush.

Dhanush is a derivative of the FH-77B 155mm/39 calibre towed howitzer, previously built by the Swedish defence contractor Bofors. The Indian Army procured a total of 414 Swedish howitzers between 1987 and 1991. Dhanush howitzers have a maximum effective range of 38 km in salvo mode as compared to the 48 km of the ATAGS.

The India-made ATAGS consists of a duel power system where hydraulics is used for mobility and gun in/out action whereas electrical power is used for the Gun Laying and Ammunition Handling System (AHS). The system is configured with an all-electric drive that ensures maintenance-free and reliable and secure operations over a long period of time. The gun system has automatic setting up, laying with a high-end Inertial Navigation System (INS) and automated AHS, which loads shell, charge and primer simultaneously with a manual back-up for the laying system. The gun system’s hydraulic drive provides effective manoeuverability in different terrains — on roads, cross country, in the desert and in high altitude areas. The high power Auxiliary Power Unit (made in India) also renders effective self-propelled speed, rapid deployment and short response time.

The ATAGS has greater than 95 per cent indigenous components. The complete supply chain, from raw materials to end product, lies within the country, making it a true embodiment of a “Make in India” in defence system. The ATAGS gun system comprises 7,463 components, of which 4,977 are manufactured parts involving about 30,000 manufacturing processes and more than 2,00,000 inspection parameters.

The project is now in the Technology Readiness Level (TRL) stage 10 (as per the DRDO TRL stages), after being put through mandatory trials over the last five years. Earlier this month, it entered into its last stages of trial — viz the Preliminary Staff Qualitative Requirements (PSQR) trial, which is done prior to its induction into the arsenal system. The gun has already been through a rigorous pre-PSQR trial with the users and DRDO teams. In these trials, the BFL- developed gun system fired a total of 130 plus rounds, mostly in zone seven, and the feedback was that the system has lived up to the parameters.

The gun fielded by Tata Aerospace and Defence Limited succeeded in firing 99 rounds. At the 100th round, which was fifth of the rapid-fire practice, the gun tube sheared off, triggering the first unfortunate incident. The cause is currently being investigated. Some experts blame it on ammunition, while the others want to zero in on the tube and the immense pressure it has been made to withstand. It must be noted that the guns, which have till now fired almost 2,000 rounds between them, can easily tolerate pressure levels up to 560 megapascals and are the only ones to fire munitions in zone seven. As part of the process, an investigation to identify and rectify the causes behind the “shear and structural strain” is a must. It would be detrimental to the cause of Atmanirbhar Bharat to delay or disrupt theprocesses of development of the ATAGS.

This is the first weapon platform which has been designed and developed from scratch and can boast of being truly Indian. Developed by the DRDO and two major Indian industry partners, nurturing a well-networked ecosystem of Indian vendors and sub-vendors, the ATAGS symbolises national pride. We own the design, its IP and all the data concerning the overall weapon system. Foreign assistance is costly and it will be foolhardy not to build on the successes that we have already achieved so far, notwithstanding minor setbacks. Most of the guns coming from the US, France, Germany, Israel and the Czech Republic, have encountered similar incidents at lower zones of firing, involving lower pressure, during trials. Thus, blaming higher pressure in ATAGS is a bit far-fetched. It is worth mentioning that none of these guns were fired in zone seven and neither fired as many rounds as the ATAGS.

It is a good opportunity to examine the quality and efficacy of the ammunition basket being produced in India as we are relatively new in making artillery munitions, fuses and charges (BMCS in this case). Given the extremely high pressure, every part of the munition, be it the shell, driving bands of the projectile or the fuse, which has to withstand extremely high angular velocity, every component must respond in a zero error manner. All said and done, precision and expertise come with real-time experience and trials. It is unlikely that a foreign vendor will part with core technologies or requisite data to make India atmanirbhar. In the nation’s interest and with the singular objective of giving more teeth to the Army, let us learn to take such incidents in our stride and resolve to forge ahead. India’s ATAGS must succeed.

(The writer is former Deputy Chief of Army Staff. Views expressed are personal)