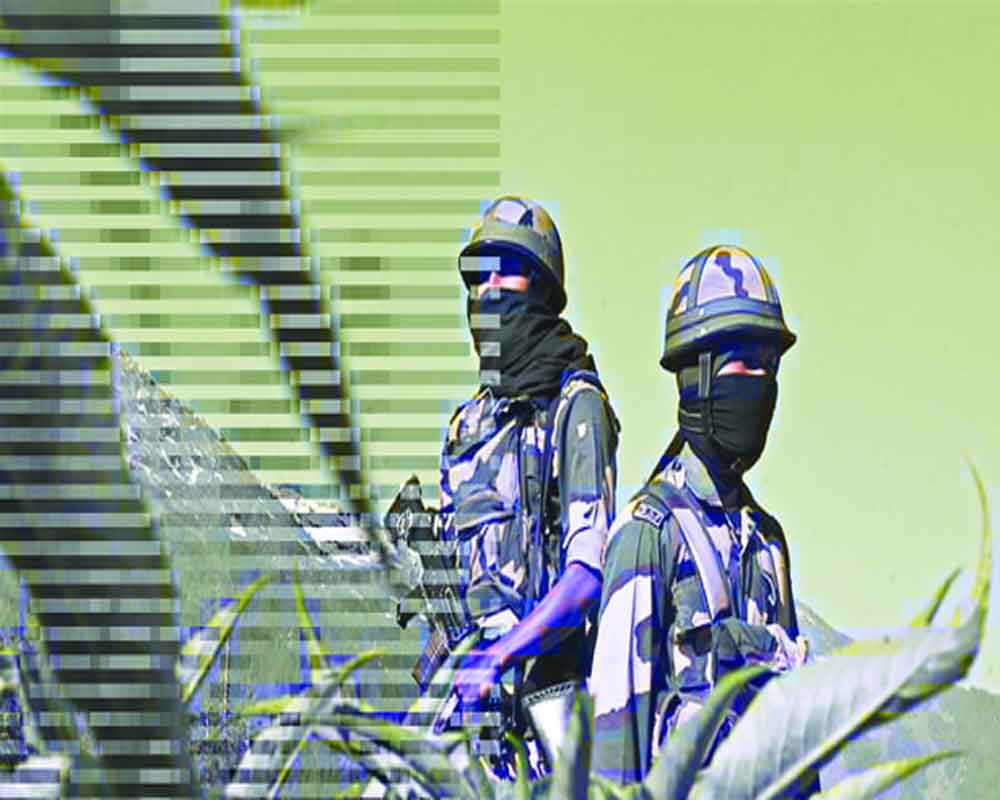 After Nepal, Beijing is confabulating with Pakistan to open two fronts, by moving troops and pushing terrorists into Kashmir

Clearly, a bruised China, which had so far been used to India cowering before its military and economic might, hadn’t quite expected our Army to pay back the People’s Liberation Army (PLA) in its own coin in Ladakh. And now that “Emperor” Xi Jinping, the new moniker emblematic of the Chinese President’s desire to universalise the “Chinese dream,” is affronted by India standing up to his grand design, he is unleashing his proxies and opening up new fronts. If Beijing got Nepal to wage a cartographic war with us, it has now deployed Pakistan, which has started moving 20,000 troops in the Gilgit-Baltistan area. This even as India and China are in negotiations to restore the status quo at Galwan Valley in Ladakh, which China is claiming to be its own and building up pressure by way of ingress, marking lands with its maps and reinforcing its presence. By bulldozing India and synchronising joint pressure points, it wants us to give up on our strategic gains and positions inimical to its interests in Aksai Chin, Xinjiang and, of course, the China-Pakistan Economic Corridor (CPEC), part of which runs through Gilgit-Baltistan. And it is hoping for a mutual “back-off” deal. But perhaps it had not bargained for India’s acquired strengths by way of improved border infrastructure and connectivity, persistence and most importantly, its practised mountain warfare that could sustain an ambush. Such is its desperation and hurt ego that there are reports of the Chinese army holding talks with terror organisation Al-Badr to incite fresh violence in Kashmir. There have also been reports about a new terrorist threat to the iconic Taj Mahal hotel in Mumbai. Given Pakistan’s state of the economy and its own battle with the pandemic, opening two fronts, one in Kashmir and another in the mainland, is not only over-ambitious but nonsensical. But if that is the diktat of its all-pervasive “master,” it will escalate threats for India, which, too, is writhing under the spiral of the pandemic. Pakistan’s Inter-Services Intelligence (ISI), egged on by the Chinese, has reportedly stepped up infiltration in a bid to fire up the Line of Control (LoC) and contain India with a pincer attack. This is evident from the recent spate in terrorist killings in Kashmir and given the improved local intelligence, even flushouts in key terrorist strongholds. But post abrogation of Kashmir’s special status, it is not being able to galvanise local militancy and is quite frustrated on that front. So the Chinese strategy seems to be wearing us out on both the Line of Actual Control (LAC) and LoC while keeping up the pretence of negotiations. The Corps Commander-level dialogue on finalising modalities for the disengagement of troops from various standoff points in eastern Ladakh lasted 10 hours on Tuesday with little to show on the ground. China is hardly interested in withdrawing from its “new claim lines” in Galwan Valley, Pangong Tso and a number of other areas, which let it keep a hawk’s eye on our troop movements. With Galwan, it intends to wrest the advantage it had in northern Ladakh before India built a key highway and commanded the heights.

Diplomatically, too, with the US and France offering help to India in its border crisis, China is not sitting idle. It has got its vassal States like Nepal and Pakistan to turn world opinion against India for attempting to destabilise their respective nations. Nepal Prime Minister KP Sharma Oli, who is finding himself increasingly isolated within the ruling Nepal Communist Party, has blamed India for engineering a rebellion. And Pakistan Prime Minister Imran Khan has now decided to extend his support to Oli, joining the chorus of India-bashing. Earlier Khan had blamed India for the Balochi attack in Karachi without so much as lining up credible evidence. Even China proposed a condemnatory statement in the United Nations Security Council (UNSC) but was held back by other members who expressed reservations on uncalled for statements by Pakistan. The rebuff was sharp but such is China’s avarice for global domination that it forgets that without peace with India, the second largest Asian entity, it cannot convince the rest of Asia about its supremacy or “dreams.” Worse, it’s pushing India further towards the US in a new bipolar tussle. India has to scale up its diplomacy, use its favourable image in the West and even its friendly vibes with Japan and Australia. It must make a global case for its patience despite China’s ceaseless “wolf warrior” attacks. It must further use the US, which is anathema to China at the moment, to corner the latter and drive home the futility of its acquisitions at the border which might end up in a worldwide diplomatic censure. Not that it cares about goodwill but post-Wuhan, China will find it very difficult to justify its intentions or positions in world affairs. We need to use every multi-national forum, alliances and reinvigorate bilateral ties with the neighbourhood to make enough noise about the asymmetric relationship with China. Our studied silence for strategic peace has been clearly interpreted as weakness.