Decade of the SUV

Decade of the SUV 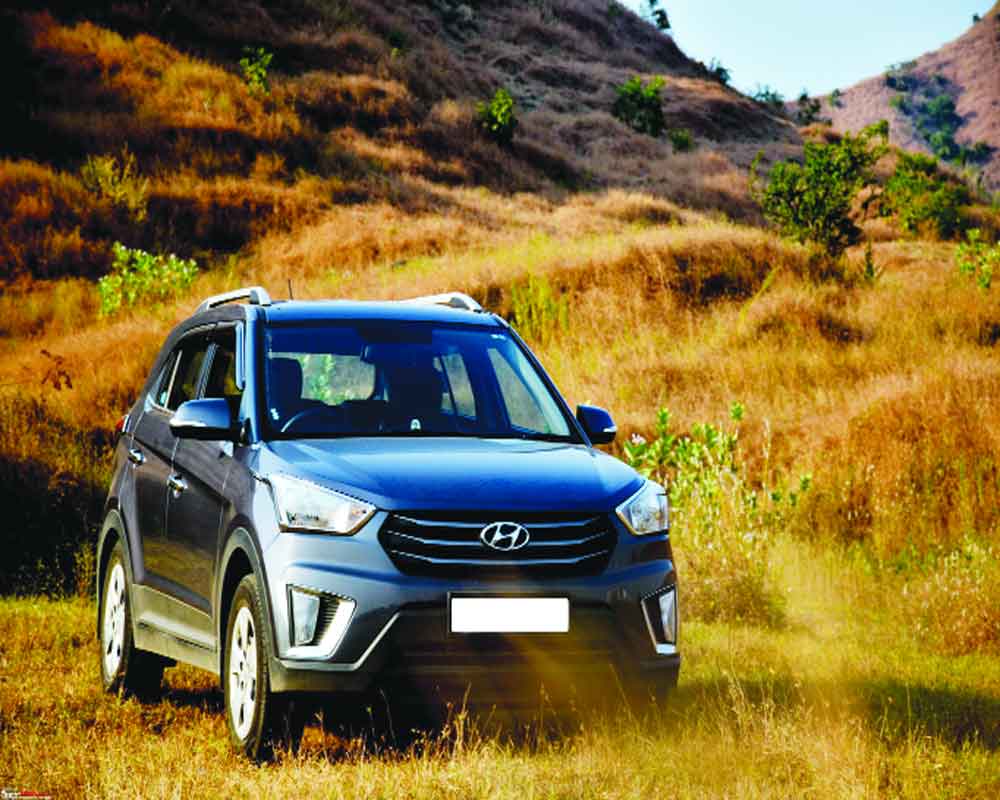 No matter what the brand, the Sports Utility Vehicle has become the shape of choice for consumers and will continue to be so. How did that come about?

Recently, a fellow motoring journalist took to the social media and asked me and his peers about our thoughts on the Indian “car of the decade.” Making choices on the “Indian car of the year” is in itself a tough task. So, asking anyone, let alone someone who must have driven at least a few hundred different types of vehicles in the previous 10 years, his opinion as to which car he thinks stood out is even tougher. In any contest — from fashion pageants and movie awards to car choices — a bias towards more recent contenders cannot be ruled out. This is why a rash of Hollywood movies, starring top actors and directed by top directors, are released towards the end of the year so that they can be eligible for the “awards season.”

But unlike movies or even fashion pageants, choosing a car that defines the year is not easy because factors like affordability and market acceptance, too, come into play. The best of cars driven by this writer in 2019 were stupendous vehicles but cost the same as that of a small house. Ergo, the vehicle that won the “Indian Car of The Year” award was the Hyundai Venue, a compact Sports Utility Vehicle that the judges, including myself, chose. It has made technologies such as dual-clutch gearboxes and turbocharged small petrol engines affordable for large parts of the car market.

Of course, contenders are many if one were to look at the “car of the 2010s” rather than the the “car that defined” the 2010s in India. But what is surprising, rather what is not surprising, is that almost all vehicles that one can consider in the list are SUVs with possibly one or two exceptions. Think about it. The car that defined the decade, according to this writer, was Hyundai Creta. This, because in my opinion, the white Creta is now ubiquitous across every major Indian city. But others on the social media rightly pointed that Renault Duster, Ford EcoSport and Maruti Suzuki Vitara Brezza, too, are equal contenders.

All of them are SUVs and in the past 10 years, each one of them has made significant impact on the Indian automotive market. Surely, I would also like to consider Maruti Suzuki’s second generation Swift Dzire on the list of top cars of the decade. By powering the fleet of app-based taxi aggregators, it has become a symbol of changing mobility dynamics in the country. But as far as personal mobility goes, the past decade was all about SUVs.

What is not surprising, however, is that this is a global trend. Across the world, consumers have taken a shine to SUVs. So much so that even car-makers like Rolls-Royce, Bentley, Lamborghini and wait for it, even Italian super car-maker Ferrari, are now manufacturing SUVs. This because the market has spoken — a trend that began with large American pick-up trucks such as the Ford F150, which gradually became more luxurious moving away from its purely utilitarian role in the 1980s and 1990s. The flatbed part of those cars became more and more irrelevant. Covering that space made more sense in order to fit in more seats and covered luggage space. Technically, SUVs have been on the road for over a quarter of a century now. Some might remember the Tata Sierra of yore, India’s first SUV, which came onto the road in the mid-1990s. It wasn’t a sales success but it spawned the Tata Safari, which enjoyed a degree of success for about two decades. Then there was Mahindra Scorpio, which made its foray in 2001. People still doubt if Mahindra redefined the Indian utility vehicle market, particularly with Scorpio, both from the design and engineering aspect.

But in the 2000s, SUVs were an exception, not the rule. They were still expensive and heavy cars with lumbering engines. No matter how good an example of engineering Scorpio and Safari were, one could never describe them as “good cars” performance wise. The early-build models suffered from handling issues, considering the way the engine performed and even workmanship to a certain degree. The 2000s was the time for small cars in India. The silver WagonR stood out even in cities like Delhi, the Alto became a sales success like no other and Hyundai’s Santro and i10 both stole the show.

What changed in the 2010s were engineering and increased computerisation, not just during the design process but also on board. Changes started to become visible in luxury SUVs first. The first generation of Porsche Cayenne and BMW X3/X5 were not lumbering beasts and not anywhere close to handling like other cars from those companies. Today, when you take a modern Porsche Macan or a BMW X4 around a race track to evaluate them, you will be flabbergasted at the way they perform. Sure, the Porsche Panamera sedan or the BMW 5-series are both better around a track but that yawning gap between the performance of a sedan and an SUV is barely a whisper now.

And it is a direct result of a fundamental change. SUVs became lighter because of the way changes were incorporated. Earlier, utility vehicles of any sort were built with the car body on the frame of the car. The frame being the suspension, engine and transmission is what took the structural load. While this made the SUVs very rugged, it also made them difficult to manoeuver and killed handling.

Modern SUVs from the 2010s are monocoques, which is a way of manufacturing the vehicle where the body is its own structural component, an exoskeleton as such. This made SUVs much, much lighter and, thus, cheaper. It also opened the doors to cheap and cheerful small utility vehicles, which given that they shared platforms with sedans, ensured that they were better at handling.

To an extent, more computers and Traction Control systems onboard cars nowadays eliminated the performance degradation that usually comes with an SUV. One will be able to understand this through simple physics as SUVs sit higher and, thus, have a higher centre of gravity and are still slightly heavier.

Crucially, sharing the same construction technique and, thus, platforms as that of hatchbacks and sedans, made SUVs a lot cheaper and allowed the shape to be fitted onto smaller platforms. The EcoSport, Brezza and Venue are all SUVs that slot inside the four-metre length criterion for a lower duty rate in India. Because they have become lighter, they can use the same engines as other small cars. In addition, this change made SUVs cheaper to maintain, albeit less capable in the eyes of some. Similarly, this construction technique also makes vehicles safer in accidents, at least to other road users, both vehicular and pedestrian.

Of course, until recently, the body-on-frame construction model was the preferred way to go if one wanted an SUV to go off the road, really off the road simply because of the structural rigidity of the construction technique. But even that is being challenged by the monocoque today. The Jeep Compass Trailhawk may not have set the sales charts alight but as a monocoque, what it can do off-road is nothing short of extraordinary. This is something one may not have considered possibly a decade ago because the torsional (that is twisting) forces that a vehicle has to endure when it goes off the road would have in effect broken any such car just a few years ago.

If not literally broken, taking a monocoque in severe off-road trail conditions would have flexed the metal so much that it would have suffered from fatigue issues, similar to those that aircraft have to deal with after tens of thousands of flights. But guess what, the upcoming new Land Rover Defender, the last word in off-roading according to some, including the British Armed Forces, is a monocoque.

So the SUV, no matter which particular vehicle you consider, was the “car of the decade” in India. But is that a good thing? Sure, we can argue about the road conditions in our country, which despite a penchant for  speed-breakers is far better than ever. At the same time, the revolution in SUVs has led to many more diesel cars being sold. As we now know, diesel isn’t as clean as it was hyped to be 10 years ago. While it emits lesser amount of carbon per kilometre, emissions of nitrous and sulphur oxide as well as particulate matter is far higher than of petrol. Also, considering cars on the same platform with the same engine and transmission — look at the Honda CR-V and Honda Civic— a sedan is always more economical to operate and cheaper to buy than an SUV.

It is particularly ironic, therefore, that the first electric cars with a reasonable amount of range to be launched in India are the Hyundai Kona and MG eZS, both, surprise surprise, SUVs. So while new construction methods made the SUV cheaper and better and, thus, the vehicle of choice in the 2010s, the impact of these cars on our psyche — maybe we like sitting at a height off the road, lording over the others — has meant that the SUV will most likely dominate the 2020s as well.