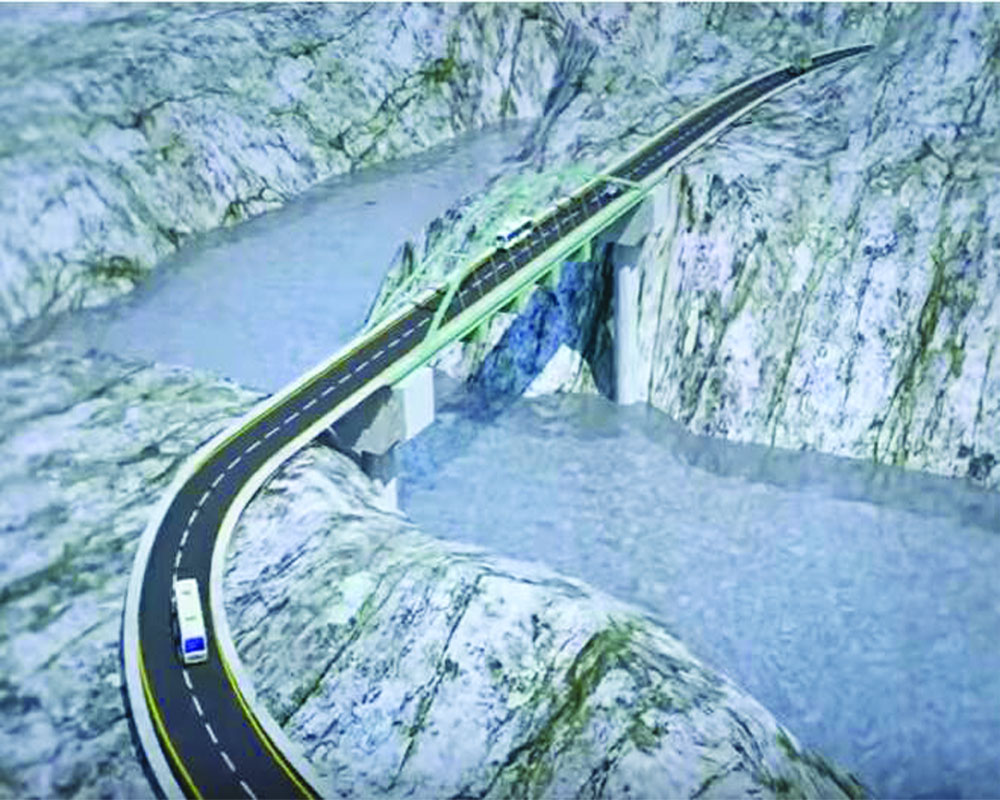 We don’t learn from our mistakes and seem to have forgotten the 2013 flash floods of Kedarnath. Why else would we be again playing with eco-sensitive zones recklessly, flouting every rule in the book? If the warning by the Supreme Court-appointed high-powered committee is anything to go by, there is brazen violation of forest and wildlife laws by the Char Dham Pariyojana of the Ministry of Road Transport and Highways (MoRTH). In July, the Narendra Modi Government approved a zonal master plan (ZMP) for developing the Bhagirathi eco-sensitive zone, a 4,179.59 sq km stretch from Gaumukh to Uttarkashi. Ever since, environmentalists have been up in arms saying the area was geologically fragile and any development could disturb the natural slope of the mountains and trigger land slips. But the Government is in a rush to clear the ZMP because it wants to expedite the 900-km Char Dham highways project, which will connect the four pilgrimage sites of Gangotri, Yamunotri, Kedarnath and Badrinath, easing pilgrim access. Hence, against better counsel, the project is on course. This despite the Geological Survey of India (GSI) report on the 2013 tragedy categorically saying that landslides and flooding had been caused by the ever-encroaching and rampant construction. Successive Governments have overlooked geological features and drainage patterns, and allowed illegal construction on river banks and over natural water channels in the name of infrastructure development in the hills. If the current observer group’s warning is ignored, we could be looking at a bigger tragedy. The project preparations have already caused incalculable and long-term damage to the Himalayan ecology. Trees have been felled, hills have been cut and excavated material has been dumped without valid permission on various stretches, burying flow channels and threatening local habitat. There is brazen misuse of old clearances issued to the Border Roads Organisation (BRO) during 2002-2012 and over 200 km have been added on their basis. This is not only illegal but also defeats the regulatory purpose since the scope of work has changed drastically and the present road widening work requires major excavations into hill sides. Plus, there has been a violation of the apex court’s directive as the Uttarakhand Government had said in an affidavit in April 2019 that stretches where work had not begun would be subject to the assessment of the Supreme Court. But in clear violation, at least 60 km of the stretch has been coopted into the site map. Besides, the Ministry disregarded the panel’s view that the developer should not start new work and restore vulnerable slopes before the yatra season to avoid landslides.

As it is, there has been a lot of heartburn over the new Environment Impact Assessment (EIA) Draft Policy 2020. Environmentalists have accused the Government of not just watering it down but also taking away the voice of the people who would be affected by development projects the most. And violations for a project that is considered to be Prime Minister Modi’s dream will only erode the Government’s credibility where its environmental commitment is concerned.  Any Government must calculate the region’s carrying capacity, risks of saturation and then draw up development and tourism plans. We ignore the environment at our own peril. Political dividends must not outweigh the well-being of locals, who might have to bear the brunt of nature’s fury once again.