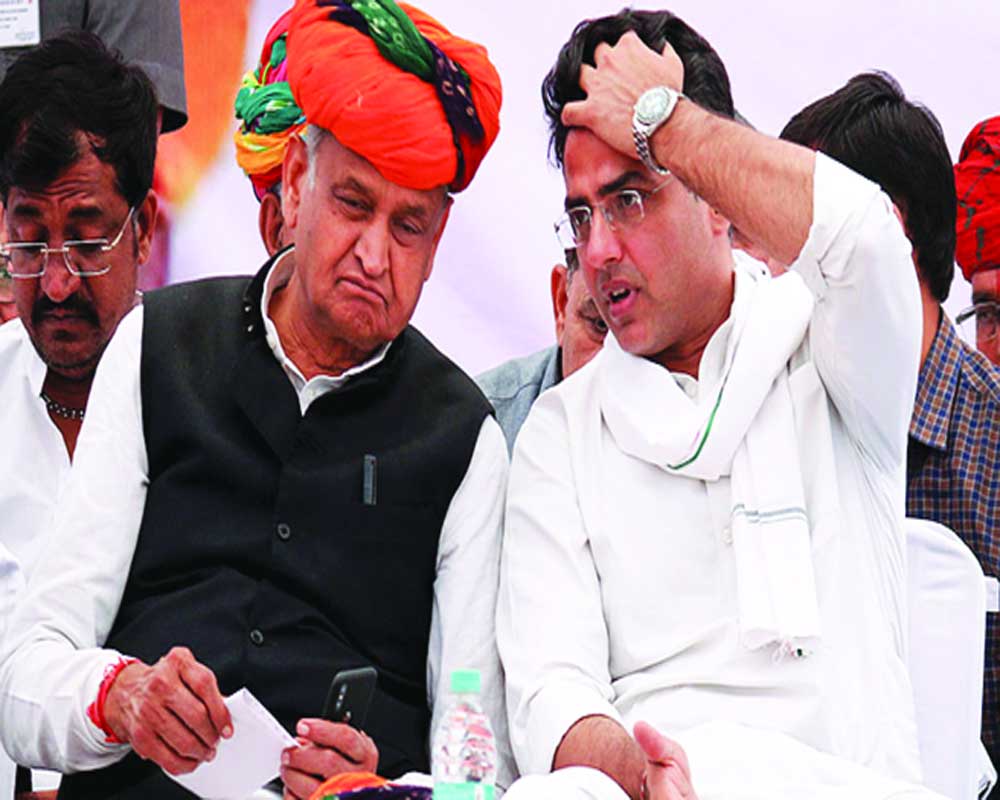 The way in which the anti-defection law has been brazenly thwarted calls for its review, including the need to debar anyone from becoming a Minister without first getting elected to the legislature

The high political theatre in Rajasthan and earlier in Madhya Pradesh has yet again brought to the fore the efficacy or otherwise of the anti-defection law enshrined in the Constitution by the 52nd Amendment, which was later further amended by the 91st Constitution (Amendment) Act, in 2003. The sum and substance of these constitutional amendments is that a member of the legislature, whether of the Union or the State Legislature, shall be disqualified, if s/he is disqualified under the Tenth Schedule. The precise grounds for disqualification of a legislator, as per the Tenth Schedule are, if s/he has voluntarily given up his/her membership of such political party, or if s/he votes or abstains from voting in the House contrary to the direction or the whip issued by the political party s/he is a member of.

However, in the case of merger of not less than two-thirds of the members of the legislative party with another party, the anti-defection law will not apply. The competent authority to decide the question of disqualification is the presiding officer, the Chairman/Speaker, which, after the judgment of the Supreme Court in the Kihoto Hollohan vs. Zachilhu and others, case in 1992, can be a subject of judicial review.

The burning question is whether Sachin Pilot, Congress MLA in the Rajasthan Vidhan Sabha, has incurred disqualification under the Tenth Schedule.  He has been removed from the post of Deputy Chief Minister of Rajasthan and the post of Pradesh Congress Committee president, for breaching party discipline. There were reports of the Rajasthan Congress legislative party having issued showcause notices to Pilot and his loyalist legislators  to explain why disciplinary action should not be initiated against them for defying the party. Pilot surprised everyone by moving court and the Division Bench of the Rajasthan High Court has taken up the petition  filed by him and 18 MLAs against the disqualification notices issued to them by Assembly Speaker CP Joshi. The court has not allowed any action against the leader and the MLAs till Tuesday.

The fact remains that every party is empowered under its constitution to enforce discipline within its ranks for the larger objective of attaining its political goal. No doubt, without discipline, political parties would be reduced to a mere horde of power-hungry people without any sound political moorings and identity. The moot point is whether the Congress Party can get Pilot and his loyalist legislators disqualified under the anti-defection law. Apparently, Pilot and his fellow MLAs have neither defected, nor voted or abstained from voting against the party whip in the Vidhan Sabha. The law of defection, in a way, can be likened to the three principles of criminal jurisprudence which require twin tests of mens rea and actus reus in order to constitute a criminal offence. Mere probability of defection cannot be a ground for disqualification, except that a political party can expel such members from the legislature party. Such members can be declared as “unattached” by the Speaker but cannot be disqualified in view of the clear legal provision.

How political parties govern themselves — whether they promote democratic, collegial or high command-centric leadership — is their internal matter on which they flourish or perish in course of time. In an all-India political party, inherently, there will be internal struggle among the leaders for higher positions. Eventually, it is the survival of the fittest, i.e. the leader who garners maximum support within the party. Yet, such a leader cannot last long if he is autocratic, exceedingly self-centred and undermines the dignity of his colleagues and party functionaries who gave their sweat and blood to build the matrix.

In Rajasthan, there is a political limbo for the moment and the ball is now in the court of Pilot. It is up to him whether he resigns along with his fellow MLAs from the Congress Party and the legislature and contests another election by forming a new party or joins the mainstream rival party, which of course he has openly ruled out.

To acquire power “is a general inclination of mankind, a perpetual, restless desire that ceases only in death.”  To nurture ambition is not prohibited by the anti-defection law which only seeks to curb the evil of unprincipled defection.

Interestingly, politics, being a river, is not always the same. In Madhya Pradesh, Congress Chief Minister Kamal Nath had to resign when he saw the writing on the wall, which made it clear that he had lost majority support in the Vidhan Sabha. What happened was inconceivable but its roots lay in the autocratic, exclusionary and factional politics of the Chief Minister.

Jyotiraditya Scindia, disgruntled with the Congress Party, accused it of “rampant corruption” and resigned from the Vidhan Sabha  along with 22  MLAs loyal to him. This brought about the fall of Kamal Nath and the reinstatement of Shivraj Singh Chouhan of the BJP as the Chief Minister.

Scindia later joined the BJP with his supporters on March 11. But in a brazen mockery of the Constitution, 14 MLAs of the 22 Scindia loyalists, who had resigned from the Vidhan Sabha, were inducted into the Council of Ministers in the second Cabinet expansion. Of the 34 Ministers, including the Chief Minister, 14 are Scindia loyalists, creating acrimony within the BJP. What is most intriguing is that these 14 Scindia loyalist Ministers are not members of the Vidhan Sabha. Articles 75(5) and 164(4), couched in almost identical words, provide that “a Minister who for any period of six consecutive  months is not a member of the Legislature of the State, shall at the expiration of that period, cease to be a Minister.” Now these 14 Ministers will have to get elected before the expiry of six months from the date they were sworn in.

The Constitution provides an enabling mechanism to induct talent in the Council of Ministers if it is not available within the duly-elected legislature. There have been many instances in the past, especially at the Union level, when non-members were made Ministers and later they were elected to the Lok Sabha or the Rajya Sabha. For instance, PV Narasimha Rao was not a Member of Parliament (MP) when he was sworn in as the Prime Minister of the country. He later contested from Nandyal in Kurnool district of Andhra Pradesh and got elected to the Lok Sabha.

Similarly, Deve Gowda was not an MP when he was sworn in as the Prime Minister  in 1996. He was elected to the Rajya Sabha. In February 1995, Pranab Mukherjee, not an MP then, was sworn in as Minister and he briefly held the External Affairs portfolio but could not be elected to Parliament due to a certain tussle with the then redoubtable TN Seshan, the Chief Election Commissioner of India. Mukherjee had to resign and he was later made the Deputy Chairman of the Planning Commission by Narasimha Rao. In the same way, Subrahmanyam Jaishankar, a career Indian Foreign Service officer, was inducted into the Narendra Modi Cabinet and later elected to the Rajya Sabha.

But in Madhya Pradesh, this enabling mechanism was used wholesale to promote a political rift,  create a split and engender the downfall of an elected Government.  Obviously, no disqualification was incurred, so to speak, on the ground of defection. But the question is much larger, as it involves the spirit of the anti-defection law. The Constitution (52nd Amendment) was enacted to curb the evil of defection, considering it a serious threat undermining the very foundations of democracy and the lofty principles which sustain it.

The manner in which the intent of the anti-defection law has been brazenly thwarted calls for its review, including the need to debar anyone from becoming a Minister without first getting elected to the legislature and debarring such members from contesting elections for at least three years.

(The writer is former Additional Secretary Lok Sabha, an author and  writes on constitutional and parliamentary matters.)