In the hands of God

In the hands of God 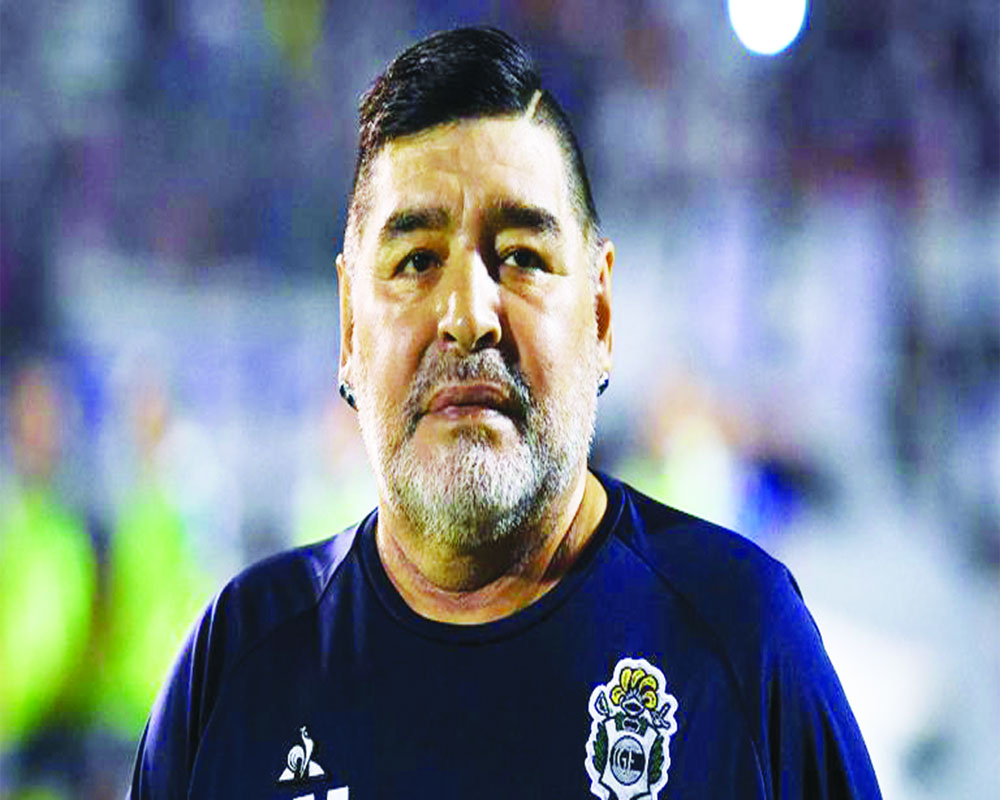 Diego Maradona, one of the greatest to ever kick a football on the pitch, is no longer with us. The legend lives on

The British-Indian filmmaker, Asif Kapadia, rose to fame after his superb documentary on Brazilian motorsports legend Ayrton Senna, which he followed with an equally brilliant film on British singer Amy Winehouse. But his magnum opus (so far, at least) was the movie he made on Argentine footballer Diego Armando Maradona, simply titled Maradona. It was the first of his documentaries where the subject was still alive to give his version of events but Kapadia’s brilliance was that he pulled no punches. The documentary, which looked at Maradona’s time in the southern Italian city of Naples, where he played for the local football team Napoli, shows him warts and all. He was a genius on the field and many of us in India might remember him for his spectacular performances for La Albiceleste as the Argentine football team is known, not least for that match against England during the 1986 World Cup in Mexico where he produced not one, but two of the most memorable goals in football history --- the first the notorious “Hand Of God” and the second where he literally ran rings around the entire English team.

Maradona was a superstar in Argentina but it was in Naples where he was a God. The city, sitting in the shadow of Vesuvius, was downtrodden and felt crushed by the economic and social success of northern Italian towns such as Milan and Turin, also home to Italy’s most successful football clubs, AC Milan, Internazionale and Juventus. Into all this came Maradona from Barcelona, where he almost single-handedly lifted the football team and the city into a different sphere. The documentary explores how Maradona’s success also saw his downfall. He fathered an illegitimate son and quickly found himself courted by the local mafia who got him hooked onto drugs. But it took a football match during the 1990 World Cup, where Maradona’s Argentina beat the home team Italy in Naples, for the city to fall out of love with him despite all the success he brought. Maradona’s post-football life was also extremely colourful. A visit he made to the eastern metropolis of Kolkata, where he unveiled a statue of himself in 2010, and a tour of the southern state of Kerala, where he inaugurated a jewellery shop, have gone into popular legend in these football-mad states. Maradona’s goal beating the English, whom Indians dislike almost as much as the Argentinians, will be considered a goal scored for the “little guy,” which he was. He was not perfect, far from it, but because he never pretended to be perfect, he will always be considered a legend. He will be missed.