Insights from the ground

Insights from the ground 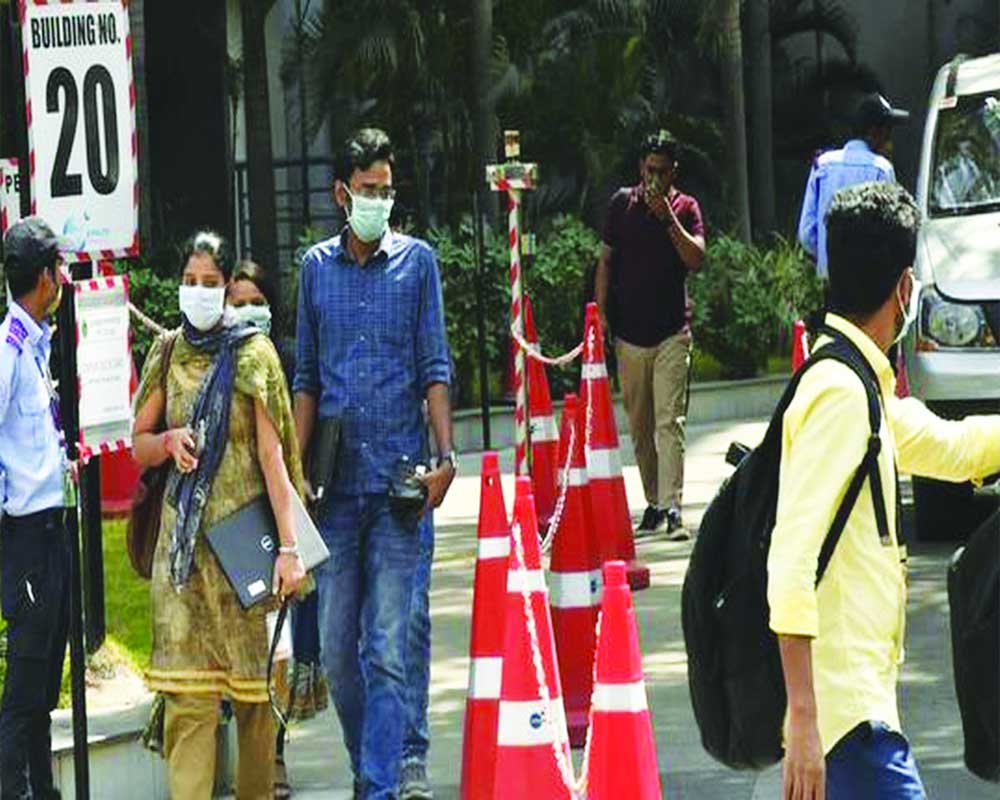 Until a viable vaccine is found, finding new ways to cope with the unexpected seems to be our only recourse to brace against the unexpected challenges thrown by the virus

Life is not the way it’s supposed to be…. The way you cope is what makes the

When the famous US family therapist Virginia Satir talked about coping with life’s adversities, she was unlikely to have had images of a pandemic like COVID-19 in mind. But her words have a grim relevance today as we learn to live with the unforeseen and unprecedented situation caused by the Coronavirus. A recent telephone survey conducted by the National Council of Applied Economic Research (NCAER), through its Data Innovation Centre, documents several insightful findings about public behaviour and the health and economic outcomes of both the virus and the lockdown imposed by the Government to curb its transmission.

The findings explain the surge as most respondents, while adhering to safety protocols, admit that they took advantage of the “unlock” phase to step out of the house when there was no pressing need. At the same time, the economic trough has been gloomy even after opening up with a high percentage of the workforce losing jobs or facing salary cuts. This despite a majority going back to work in the “unlock” phase.

The survey, titled, The Delhi Coronavirus Telephone Survey (DCVTS), was undertaken in Delhi and the National Capital Region (NCR) in three rounds, between April 3 and 6; April 23 and 26; and June 15 and 23 respectively. The most notable finding during the first round of the survey was the successful communication by the Government of the dangers associated with the virus and the consequent need for a stringent lockdown — nearly 87 per cent of the respondents asserted their support for the lockdown to be extended for two more weeks beyond its original end date of April 14, notwithstanding the hardships caused by it.

The study also throws light on other aspects of dealing with COVID-19, including the level of awareness among the people about the risks and symptoms of the disease; their threat perceptions in terms of the chances of contracting the virus and their attitudes relating to mandated safety protocols such as hand hygiene, social distancing and the use of masks. In addition, it highlights the impact of the lockdown on the incomes and livelihoods of all sections of society.

Pandemic makes inroads: With the virus making nascent inroads into the country during late March and early April, it was important to explore awareness levels about the disease and the possible prevention measures among the general public. A strange paradox that emerged in the first round was the dissonance between people’s perceptions about the dangers posed by the virus and the possibility they envisaged of getting infected themselves.

While almost 95 per cent of them averred that the virus was highly dangerous, as many as 65 per cent of them did not expect themselves or any of their household members to get infected. This sense of confidence in the ability to sidestep the infection was obviously put to the test after the easing of the lockdown in June, which has been followed by a massive surge in positive cases in Delhi and the adjoining areas.

Immediate impact of the lockdown: With a complete shutdown of all activities and commercial establishments starting March 25, the first phase of the NCAER survey  indicated that 25 per cent of the rural and 33 per cent of the urban residents suffered shortages of essential items, including food supplies, cooking fuel and even medicines. Subsequently, however, while shortages of essential supplies somewhat eased when the respondents were interviewed during the second round of the survey in the third week of April, people’s worries had now squarely shifted to the economic impact of the lockdown. The predominant concern during this period was the decline in incomes and loss of livelihoods due to the closure of offices and businesses.

During DCVTS-2, an overwhelming majority of the respondents — 82 per cent —reported loss of income or wages, especially daily wage workers and employees in small businesses. Further, among these, 72 per cent of casual workers complained that their incomes and wages had suffered “very much”, indicating that the brunt of the economic distress was borne by workers from the informal sector. Even among the salaried class, 38 per cent of the workers either received truncated salaries or were relieved of their jobs.

Interestingly, and perhaps as a saving grace, farmers did not seem to be overly affected. Only 34 per cent reported a drop in incomes during the lockdown.  This because most of them were busy harvesting the Rabi crop and doing preparations for the Kharif crop during this period.

Focus on safety measures during “unlock” Phase I: The most conspicuous results of the NCAER’s DCVTS were observed in the third round, which virtually stood at the cusp between the lockdown and phased “unlocking.” Characterised by the opening up of a range of commercial activities and establishments, this period in early June was critical to determine how far people were adhering to safety measures against the disease. Some level of complacency was witnessed after the “unlocking” as 73 per cent of the respondents reported going out for some reason during the period of one week prior to the survey.

More worryingly, as high as 61 per cent of the respondents above the age of 60 years had ventured out of their homes despite the advisory to elderly people to remain indoors as they fall in the high-risk category. Overall, there was a general adherence to the precautionary measures specified by the Government and health authorities, with 95 per cent of the surveyed people affirming that they were wearing masks or face coverings while going out; 66 per cent reported frequent use of hand sanitisers; and only 0.8 per cent of the respondents claimed that they did not follow any precaution at all.

Economic repercussions of COVID-19: In what could signify a gradual economic revival post the lockdown, 78 per cent of the households reported that their members had resumed going to the workplace in the second and third weeks of June. But the trajectory of loss of livelihoods and incomes for daily wage workers and small businesses reported in the second round of the survey continued in the third round, too.

Thus, DCVTS-III showed that more than 70 per cent of the households relying on wage work and business as the main source of income suffered extensive loss of earnings. A large section of these households was also compelled to borrow money to counter financial distress. In fact, medium and small businesses have literally withered under the onslaught of the economic earthquake unleashed by the virus, with 52 per cent of them reporting suspension of activities during the lockdown in May and June and 12 per cent shutting down completely.

Have welfare measures mitigated financial suffering?  Apart from documenting the adverse impact on incomes and wages, the third round of DCVTS also focussed on the role of Government programmes and measures to ameliorate the suffering of the marginalised sections. It was found that a large number of households — 58 per cent of the total surveyed and 61 per cent in Delhi alone — were given extra rations through the use of Aadhaar cards and e-coupons. About 35 per cent received cash transfers from the Government in May and June, taken together. While most of the fund transfers were achieved through Jan Dhan accounts, the Government also used other schemes like the Ujjwala Yojana and PM Kisan programme to offer financial relief to the affected households.

So what does the future portend? The results of three rounds of the NCAER survey could offer some insights to policy makers for negotiating the rough road ahead as we brace to meet the persistent challenges of a virus that refuses to go away. Until a viable vaccine is found, possibly by next year, turning to Virginia Satir’s practical advice to find new ways of coping with the unexpected seems to be our only recourse.

(The writer is Consultant Editor at NCAER. Views expressed are personal)