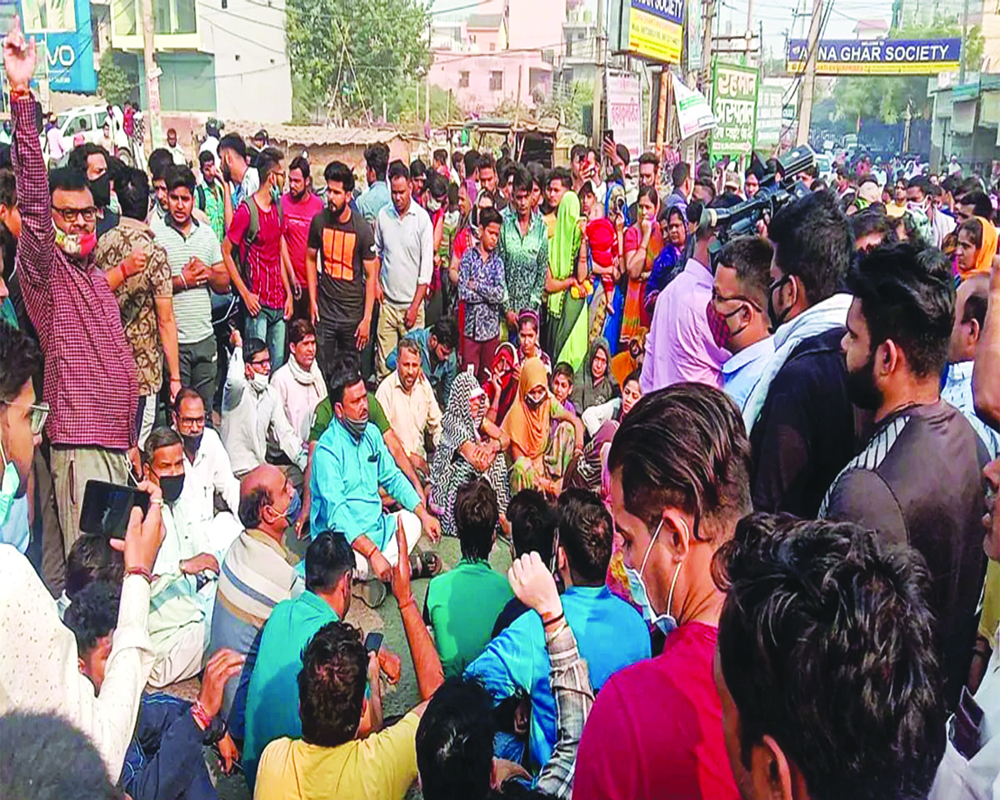 Tauseef Ahmed and his accomplice Rehan were arrested by the Haryana police from the Mewat region (Nuh district) for the murder of teenager Nikita Tomar in broad daylight in Ballabhgarh (Faridabad district). Tauseef was, allegedly, compelling Nikita to marry him and convert to Islam. In a separate development, a group of lawyers and a social worker have filed a plea in the Supreme Court seeking formation of a special investigating team (SIT) to probe alleged forceful conversions of Hindus in Nuh. The petition, filed through Advocate Vishnu Shankar Jain, argues that the district administration and the Haryana police have failed to exercise their due powers.

Nuh is different from the rest of Haryana because of its religious demography. While Muslims constitute 7.06 per cent of the State’s population (as per Census, 2011), they constitute 75 per cent of the district. As per the 1971 census, the Muslims constituted 62 per cent of the population in the five tehsils that now form Nuh. This reversal of the majority-minority relationship has had its consequences, particularly in the polarised context prevailing in the rest of the country. That’s why Chief Minister Manohar Lal Khattar declared that his Government would bring a law against forced conversions and set up a board to protect Hindu properties.

The Mewat district was renamed as Nuh in 2016. Earlier in 2001, Mewat (1,507 sq km) was carved out from Gurgaon district. Nuh has been in the news for the wrong reasons. Mewati gangs are notorious for cattle smuggling, automobile thefts and highway robberies. Jails in Gurugram and Faridabad districts have a disproportionate number of Mewati inmates. Terror suspects have been arrested from Nuh. There have been reports of communal disturbances.

Yet things need not have played out like this. The Meo Muslims were a different lot; they were more or less Hindu in custom and culture until the beginning of the 20th century. Their syncretism could have been an example for the rest of the Muslims of the subcontinent. Major Percy William Powlett wrote about the Meos of Alwar (then a princely State) in Alwar Gazetteer (1878). He said: “The Meos are half-Hindu by their habits. Mosques are rarely to be seen in their villages. There are only eight mosques in the 50 villages of the tehsil of Tijarah. Leaving aside the temples, the places of worship of the Meos are very much similar to those of Hindu neighbours. They are known, for instance, as Paanch Peera, Baisa and Chahand.”

Mewat, as a historical region, extends into Alwar and Bharatpur districts of Rajasthan and Mathura district of Uttar Pradesh beyond its heartland, that is Nuh. One has to cross the region while going to either Agra or Jaipur from Delhi. It lies at the heart of the “golden triangle” tourist circuit comprising Delhi, Agra and Jaipur.

It is barely known to the outsiders how this region, merely 70-80 km away from Delhi, acted as the laboratory of Islamic alienation over the last century. Maulana Mohammad Ilyas (1885-1944), who started the itinerant Tabligh movement (Tablighi Jama’at), chose Mewat as its nursery in the 1920s. The movement has been run from its headquarters in the Banglewali Masjid in the Nizamuddin area of Delhi. Since Maulana Ilyas was a product of Dar-ul-Uloom at Deoband (in fact, a pet student of its co-founder Ahmed Rashid Gangohi), the imprint of its orthodoxy is evident in the Tabligh movement.

Tabligh is an outreach movement by Muslim missionaries to take authentic Islam to the doorsteps of the believers. It encourages nominal Muslims (Momin) to become true Muslims (Ihsaan/Muhsin). The process involves disavowal of all “Kafiresque” (that is not sanctioned by Islam) practices, which might be the legacy of the pre-Islamic past. The recital of six Kalimas (six verses of Quran) and performing namaaz form the foundation of Tablighi practices. The six Kalimas are avowals that there is “no God but Allah and Muhammad is the messenger of Allah.” The sixth Kalima is especially a rejection of disbelief and polytheism. The Kalimas constitute disavowal of associating Allah with any other divine authority. Naturally, syncretism is not merely out of place, but sinful, to be practised alongside Islam.

Way back in 1970, Hashim Amir Ali, Director, Rural Institute, Jamia Millia Islamia, had, by examining the features of the movement, stated that the “institution of Tabligh has begun to blow a wind of change for the worse in the hitherto tranquil and uniquely syncretic culture of the Meos” (The Meos of Mewat: Old Neighbours of New Delhi, P.41). Ali feared that orthodoxy, championed by Tabligh, would be ruinous for the economic life of the Meos. The religious injunction against interest might discourage them from accepting loans from banks, opening bank accounts or even joining cooperative societies. It might be remembered that Dar-ul-Uloom at Deoband has pronounced several fatwas against any kind of borrowing/lending which involves payment of interest. It is high time that fresh sociological studies are undertaken to ascertain how far the Islamic prohibitions on certain issues (like interest on lending/borrowing and family planning methods) have kept the Muslim community backward and impoverished.

The result of the Tabligh movement manifested during the tumultuous times of 1946-47 when a popular demand for a separate “Meostan” was raised. Interestingly, it was pitched by the Communist leader Kunwar Mohammed Ashraf. Its boundaries were envisaged as extending from Mehrauli in Delhi to Bandikui in Dausa district of Rajasthan. The Meos of Alwar and Bharatpur had formed the Rajputana Muslim League. One of its sections was determined to achieve Meostan, envisaged as adjacent to Pakistan, by the power of guns. This naturally culminated in a riotous situation where Meos suffered heavy losses due to the Hindu backlash. Narayan Bhaskar Khare, the Congressman who was then the Dewan of the Alwar State, had described the situation in detail in his memoirs (My Political Memoirs or Autobiography, 1959).

However, Lord Mountbatten’s Partition declaration, dated June 3, 1947, which stipulated the division of both Punjab and Bengal, knocked out the plan for a Meostan. Beleaguered, a large number of Meos fled to Pakistan but only to be invited back to India by the Jawaharlal Nehru Government. Stopping them from migrating to Pakistan also became an article of faith for Mahatma Gandhi. Khare, therefore, was not certain that permanent peace had returned to Mewat. He was apprehensive that communalism could still rear its ugly head. Time has vindicated Khare as the discontent continues to simmer.

(The writer is an author and independent researcher based in New Delhi. The views expressed here are personal)