Stand up to the dragon

Stand up to the dragon 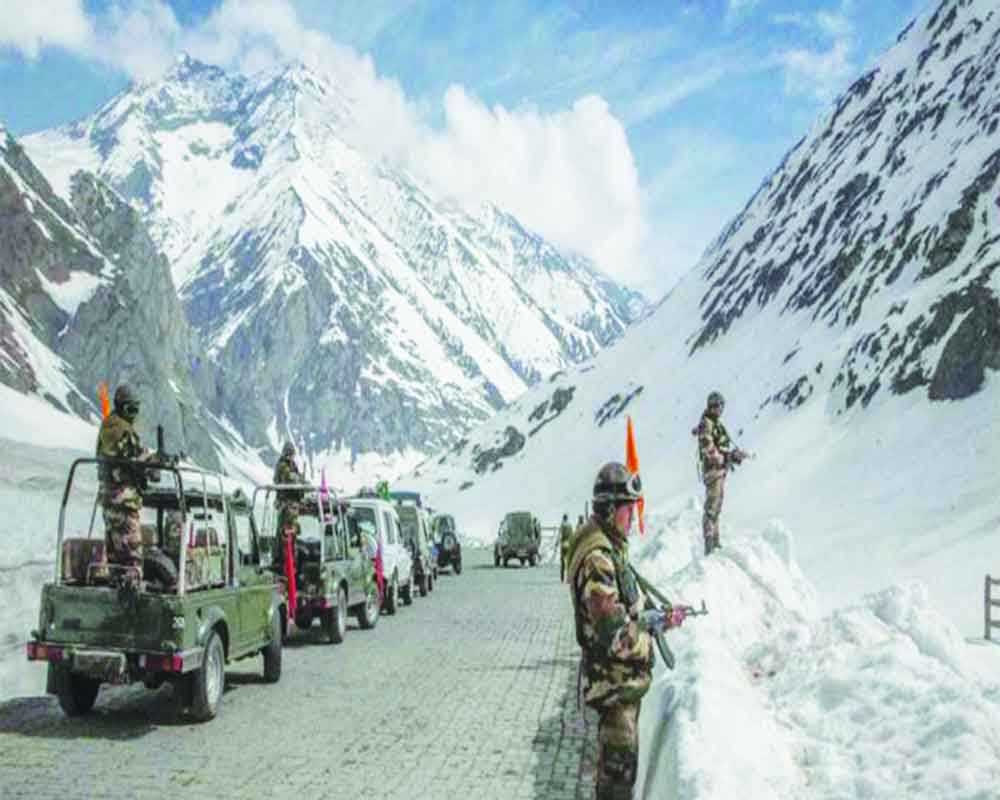 The lesson from Galwan for India is to keep up its guard. Right now, neither the diplomatic mechanism nor dialogue will result in a breakthrough. May be a Modi-Xi summit can help

On the ground in eastern Ladakh, there is a profound lack of clarity after the Galwan fracas. It is reminiscent of China’s sudden announcement in December 2010 that it did not have a border with India in Jammu & Kashmir as a prelude to signing the China-Pakistan Economic Corridor (CPEC) agreement. In an act of defiance, the People’s Liberation Army (PLA) has restored its new post at the confluence of Galwan and Shyok rivers, which was destroyed by Indian soldiers, leading to the Galwan clash.

According to satellite imagery of June 25, the PLA has encroached 500 metres on the Indian side of the Line of Actual Control (LAC) in Galwan. It has continued with its build-up and blocked Indian forces from patrolling up to its LAC in Galwan, finger areas where a PLA helipad has come up, Gogra Heights, Chushul and Depsang Bulge. Except for Galwan, which is mountainous, all other intrusions are in the plain areas. All of this has compelled the Indian forces to block the PLA intrusions in strength and also occupy gaps where it could make fresh encroachment. This has turned the LAC in eastern Ladakh into a virtual Line of Control (LoC), occupied by three Indian Infantry divisions. This is unprecedented.

Prime Minister Narendra Modi’s original statement, where he gave a clean chit to China during an all-party meeting after the Galwan brawl — despite clarification from the Prime Minister’s Office (PMO) and his warning last Sunday that “those casting an evil eye on Indian soil in Ladakh have got a befitting reply” — was translated into Mandarin and widely circulated. There was a method to his word-play that “India’s territorial integrity had not been violated.” The articulation was strategic, meant for his electoral constituency while keeping the window open for salvaging summitry with Chinese President Xi Jinping where he is heavily invested.

Notably, Modi did not condemn China for any treachery. Instead, seven weeks after multiple intrusions by the Chinese, on June 26, the Ministry of External Affairs (MEA) admonished China — about amassing troops, its unjustified and untenable claims, changed behaviour, attempting to change status quo and violating border protocols. These were regurgitated the next day, which is last week, by Ambassador Vikram Misri in Beijing. The veil of denial was finally lifted.

Galwan has become the tipping point for India-China relations. But why did we wait for 45 days to speak up and show the strength to push back or at least contain the intrusions? We have proved hopeless in the battle of narratives compared to our reactions during Depsang (2013), Chumar (2014) and Doklam (2017); though these were promulgated singly and not collectively like now.

This time, the PLA is enforcing its 1959 claim line to give depth to its strategic assets in Aksai Chin and at the same time, threatening India’s new strategic highway to Daulat Beg Oldie. One reason cited for the glaring infrastructural differential, besides constraints of funds and terrain, is the erstwhile defeatist reasoning that connectivity on our side of the border would facilitate PLA in its operational plans. Former Defence Minister AK Antony revealed this last week and as a veteran, I can confirm this to be the legacy of the 1962 syndrome.

China picked up the threads of its intentions in 2010 to excise the 1,500 km border with Jammu & Kashmir, reducing it from 3,488 km to 2,000 km. Mandarins in the MEA had then said that China can lop off the LAC but it cannot remove our troops deployed in those areas. This is precisely what the PLA is attempting to do now. Separatist leader Mirwaiz Umar Farooq had then said, as China holds parts of Jammu & Kashmir, it is a stakeholder in the Kashmir dispute, thereby trilateralising a bilateral issue.

In his book, India-China Boundary Issues: Quest for Settlement (2014), late Ranjit Singh Kalha, who handled China negotiations for 12 years, wrote: “In the west, China is already in possession of territory up to its claim-line.” In the eastern sector, it has to contend with the McMahon Line though it claims all of Arunachal Pradesh. The middle sector is the least contentious region. The ongoing Chinese military coercion in Ladakh is extending further towards the west — its control of the 1959 claim-line and the  move to enhance security to CPEC, which India has termed “illegal passage through Indian territory.”

The Galwan River Valley was never one of them in the western sector among the 23 contested areas overall. So whatever be China’s geopolitical compulsions for its aggressive behaviour, the centrality of Ladakh — renunciation of the border with Jammu & Kashmir and multiple and interlinked intrusions as fait accompli — is clear.

Few Indians are calling for retribution, adding China is not Pakistan. It is insane to start a conflict — in the middle of a deadly pandemic that is yet to peak in India — which you cannot terminate on your terms given the power differential and its potential to turn into a two-front situation.

Equally, it is unwise to over-emphasise the battle experience variables between the war-tested Indian military and a Vietnam-bruised PLA in 1979. Still, the PLA has decisive force multipliers, modern weaponry and is led by Xi. This is not to suggest that the PLA cannot be given a bloody nose if push comes to shove, a Nathu La à la 1967 can be repeated. But India should choose its moment and not be sucked into a Galwan-like trap again.

We have stopped the bleeding but during negotiations, we must not lose key terrain in the Galwan River Valley. Like Pakistan forced the Siachenisation of Kargil, China may succeed in India’s militarisation of the LAC, turning it into a de facto LoC at enormous cost for India. There is much India can do to raise the stakes diplomatically but turning adversary into enemy has to be calibrated. On the trade and economic front, pragmatism and not emotions should dictate policy, avoiding overplaying atmanirbharta.

Taking down Chinese apps will incur costs. The lesson from Galwan is to keep up your guard. Right now, neither the diplomatic Working Mechanism for Consultation and Coordination (WMCC) mechanism nor military commanders dialogue — third round was held on Tuesday — will result in a breakthrough: Disengagement terminating in status quo ante on May 5. Maybe a Modi-Xi summit can hope to achieve it if troops in inadequate habitat are to avoid a harsh winter at 17,000 ft.