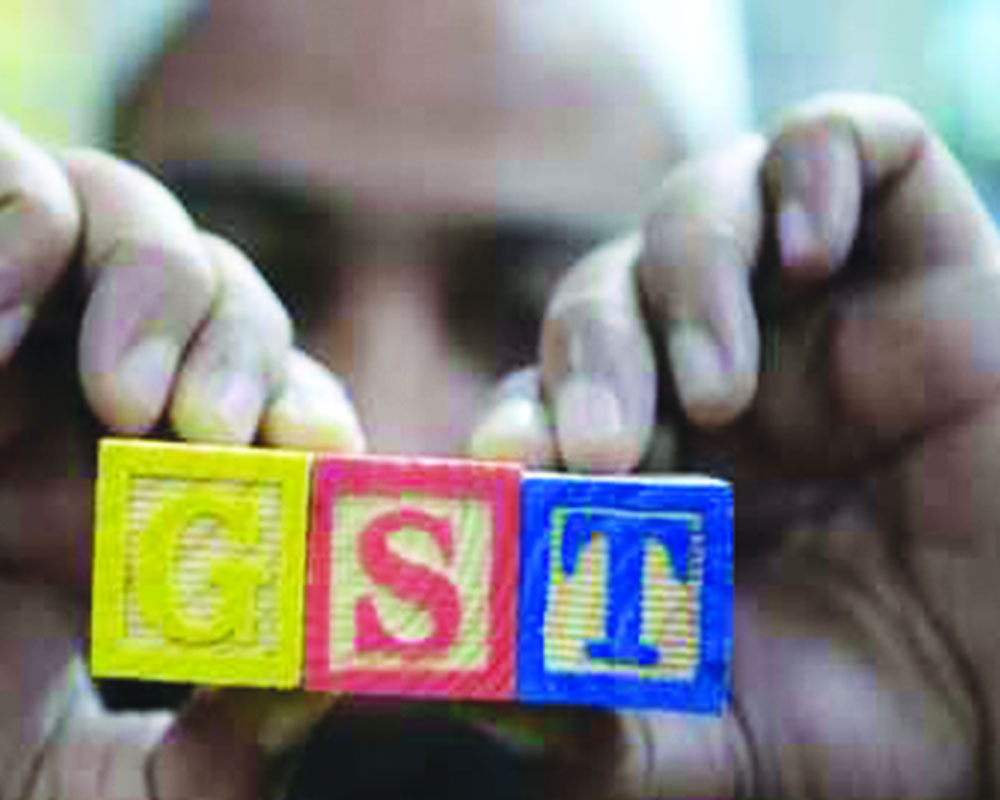 Even as States expect full and timely compensation for the shortfall in their tax revenue, vis-à-vis a given benchmark, the Union Govt has been making short payment and that too after a time lag

The dwindling tax revenue of both the Centre and States since the financial year (FY) 2019-20 has led to a piquant situation. Even as States expect “full” and “timely” compensation for the shortfall in their tax revenue (their own collection plus the amount received as their share in indirect tax collected by the Centre as per the Finance Commission’s devolution formula) vis-à-vis a given benchmark, the Union Government has been making short payments and that too, after a time lag. The compensation to States is intertwined with the Goods and Services Tax (GST) in vogue since July 1, 2017. In fact, the passage of the Constitutional Amendment Bill (August, 2016) leading to the launch of GST was predicated on the Centre giving a legally-binding commitment that it would compensate the States for the loss of revenue they would incur under the GST vis-à-vis the revenue they would get under the subsisting dispensation of excise duty, sales tax or Value Added Tax (VAT) plus other local taxes (GST was first mooted in 2006 by the then UPA Government but did not bear fruit during its term as it was unwilling to give this commitment).

Accordingly, the Modi Government enacted the GST Compensation Act (2017) to provide for compensation to the States for five years between 2017 and 2022, for the loss of revenue to be calculated as the difference between their actual collection (including transfer of their share in indirect tax collected by the Centre) and the amount they would have got with annual growth at 14 per cent over the 2015-16 level, under the erstwhile dispensation.

However, to ensure that the Centre has enough funds to pay for the shortfall faced by States, it also passed an amendment to the GST Compensation Act (2018) to levy a cess on the supply of certain goods and services. The cess is levied on demerit goods (those which fall in the highest tax slab at 28 per cent, with the other slabs being five per cent, 12 per cent and 18 per cent, besides the exempt category) such as automobiles, tobacco, alcohol and so on, with a proviso to use the proceeds for compensating States. The cess was to remain in force for five years in sync with the Centre’s obligation to compensate States for that period. The rationale behind keeping these arrangements in place for five years was that at the end of this transition, i.e. 2021-22, the GST dispensation would have acquired the much-needed “vitality” and “resilience” to yield sufficient resources for the States to meet their budgetary requirements within the prudential limit set under the Fiscal Responsibility and Budget Management Act (FRBM), thereby obviating the need for any extra support.

Before we proceed to do the number crunching and analyse the situation on ground zero, it should be abundantly clear that two provisions in the law viz. one relating to compensation and the other levy of cess (and collection thereof) have to be viewed in conjunction with each other. In other words, the discharge of the constitutional obligation to compensate States for the loss of revenue would be possible only when there are enough funds available.

During 2019-20, the situation deteriorated. Against the requirement of over Rs 1,35,000 crore, proceeds from the cess were just about Rs 95,000 crore leaving a deficit of about Rs 40,000 crore. Notwithstanding this deficit, the Centre could have drawn upon the surplus from previous years to ensure timely release of the compensation amount. But, that was not to be and there was considerable delay. For instance, the compensation for October/November, 2019 about Rs 34,000 crore was released in February/April, 2020.

Now, the devastation triggered by the lockdown has led to a steep decline in tax collection of both the Centre and States (for instance, GST collection during April and May was less than 50 per cent of the amount collected during April/May, 2019). The collection from cess is also expected to go down drastically. Against monthly compensation requirement of over Rs 20,000 crore, proceeds from the cess are estimated to be just about Rs 9,500 crore leading to a deficit of Rs 10,500 crore or around Rs 1,25,000 crore for the whole of the current year.

Unlike last year when the surplus available from the previous years helped in salvaging the situation, during the current year, the Centre has nothing to fall back upon. In this backdrop and with States unwilling to relent on their claim for compensation in full, the Centre is talking of force majeur. Put simply, the latter may have expressed its inability to pay invoking an event beyond control or an “act of God” (Covid-19).

Whether or not force majeur can be invoked, thereby absolving the Centre of its obligation to compensate the States is for legal luminaries to decide. However, the latter need to appreciate that in the absence of adequate funds in the tax pool, even if the former is willing to compensate them, it may still not be able to do it. It can take recourse to additional borrowings or ask the Reserve Bank of India (RBI) to print more currency but these options entail serious risk.

As regards borrowings, already the Centre has increased its borrowing programme for the current year by 50 per cent to over Rs 12,00,000 crore. While this factored in the liabilities arising from the Aatma Nirbhar Bharat Abhiyan announced by Finance Minister Nirmala Sitharaman during May, thereafter, the Government has taken onto itself an additional expenditure commitment of Rs 90,000 crore (Rs 50,000 crore on employment scheme for migrant labour and Rs 40,000 crore additional allocation for MGNREGA).

If, to this we add Rs 1,25,000 crore required to cover the deficit in the tax pool, the Centre will need to borrow another Rs 2,15,000 crore, taking the total to more than Rs 14,00,000 crore. This will further crowd the market and increase interest rates.

Alternatively, monetising the deficit has inflationary implications; besides, it sends a wrong message to stakeholders especially rating agencies about India’s ability to protect its macro-economic fundamentals. What then is the way forward? How can the States and the Centre wriggle out of the riddle without undermining India’s economic fundamentals?

Going strictly by the spirit of the two constitutional amendments relating to compensation and cess, when there is not enough money in the tax pool, the compensation amount to the States needs to be reduced to balance the two. This means that the States should be content with what is available in the tax pool; instead, they should fund the Rs 1,25,000 crore deficit through additional borrowing on their own or rationalise their expenditure to bring about savings.

An alternative which is expected to give comfort to all stakeholders is to continue the cess on demerit products beyond the five-year period (this will require further amendment to the GST Compensation Act, 2018). The deficit in the tax pool during 2020-21 should be met from additional borrowings by the Centre with a clear stipulation that these will be serviced from the proceeds of cess during the extended period say, three years starting from 2022-23.

The States should desist from pursuing their demand made before the 15th Finance Commission for continuing with compensation for three more years. This is not only out of sync with the original intent of the amendment Act on compensation (it was meant to be a stopgap aimed at protecting their revenue till such time GST starts yielding the desired buoyancy in revenue) but also will come in the way of servicing the loan taken to fund the current year’s deficit.

When, an overwhelming portion of the proceeds from the cess during the extended period is dedicated to giving compensation to States, there won’t be any money left to service the loans taken now. Considering a special dispensation (as proposed above) to bail out the States during the current excruciating year, the GST Council should impress upon States to take urgent steps, like bringing more businesses under the tax net, reining in evasion, eliminating fraudulent claims of input tax credit and so on, to ensure that tax revenue under the new regime is self-sustaining, obviating the need for compensation at least during normal times.