Women in STEM research in the age of Coronavirus

Women in STEM research in the age of Coronavirus 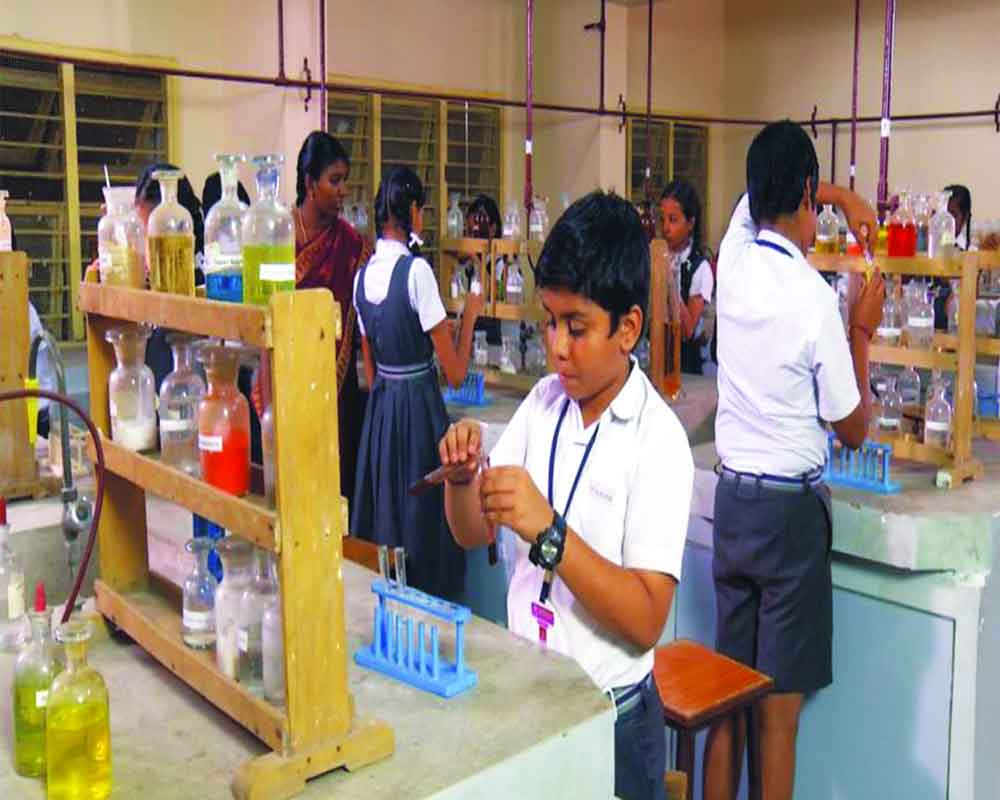 From the perception that few women are found in the fields of science, technology, engineering and mathematics, emerges the paradox that the disbalance is by choice rather than any constraint

As the world celebrated another Women’s Day, on March 8, this time under the shadow of the lethal Coronavirus, with scientists and medical professionals across the globe working round the clock to develop a vaccine to counter the virus, it is pertinent to reflect on the rather ambivalent relationship between gender, on one hand, and research and technology, on the other. From the almost unanimous perception that much fewer women than men are found in the fields of science, technology, engineering and mathematics (STEM) emerges the paradox that the gender gap in science education is the result of choice rather than any constraint. Women, particularly in advanced societies, voluntarily pursue careers in other fields rather than STEM. This paradox needs to be unbundled, especially in the current grim environment wherein men and women need to stand shoulder to shoulder to decimate the killer virus and restore normal life and health in the world.

Traditionally, several scholars and policymakers have pointed out male domination of STEM fields, with historically low participation of women in these professions. The reasons for this gender disparity are reportedly lack of encouragement from parents to daughters for pursuing higher studies in mathematics and science and laboratory experiences and financial resources needed to study these subjects, all of which favour men over women. The fact that the privileged professions with high remunerations in STEM fields are dotted with men is an undisputed corollary of this gender gap.

A 2018 survey conducted by Mastercard and Incite, titled Revisiting Women in STEM, carried out among 136 Indian women, working in both STEM and non-STEM jobs, arrived at some intriguing results. It found that 45 per cent of the women respondents working in STEM jobs were dissatisfied with their current career choice and also did not expect to continue in the job for their entire work life. Regarding the reasons for this discontent, 46 per cent cited the need for constantly updating their skills in STEM careers, 39 per cent were unable to adjust to the long hours and commitment needed in these jobs and 36 per cent were apprehensive of working in a male-dominated office environment. In addition, 24 per cent complained that women were less likely to be paid as much as men in these high-profile occupations. All of these are valid reasons for women to be wary of joining the science and technology bandwagon but they have serious implications for attracting bright, young women into these streams.

The situation is complicated further by the play of discriminatory forces constantly seeking to limit the frontiers of higher education and employment for women, especially in conservative societies across India. Academics and experts in the field of education also argue that the gender gap in India’s technological workforce is an outcome of the lack of both infrastructure and quality teachers in technical institutions of higher learning that fail to accommodate more women students. This discrimination is exacerbated by the persistent male-female and urban-rural divide in India’s pedagogical landscape.

In consonance with these findings, scholars using data from the India Human Development Survey (IHDS) have also repeatedly asserted that gender inequality in educational outcomes in India is a product of social backgrounds, access to learning resources and cultural attitudes, which lead parents to prioritise their son’s education over daughter’s education.

The IHDS, carried out by the National Council of Applied Economic Research (NCAER) in collaboration with the University of Maryland, in two waves, in 2004-05 and 2011-12, points out that the prevalence of a gendered education system stemming from India’s patriarchal society has created all-round fissures in educational attainments.

This issue is also flagged up in a 2019 paper by leading IHDS researchers at the University of Maryland’s Sociology Department titled, The Emergence of Educational Hypogamy in India. The paper argues that though women today are more likely to be involved in higher education than before, often even being more educated than their spouses, in terms of subjects, they are still more representative in traditionally considered “feminine” fields such as humanities and social sciences, while men are more likely to be in the STEM fields, which generate higher economic returns in the labour market.

Coming back to the Coronavirus, in an article in The Independent last week, Ian Hamilton, lecturer in mental health at the Department of Health Sciences, University of York, takes the discrimination argument further. He claimed that due to differences in the immune systems of men and women, there is a need to develop two different strains of the vaccine as women often have more severe adverse reactions and higher antibody responses to disease. But sexism is likely to prevent woman-centred research.

In such a situation, women may end up receiving sub-optimal treatment, leading to higher mortality. He cites the example of the last global pandemic, SARS, when even the World Health Organisation (WHO) had pointed to the gender gap in data, specifically relating to the serious impact of the disease for pregnant women that was not sufficiently addressed by the SARS vaccine.

“From cancer to Coronavirus, there isn’t an area of health research or science that is not gender-blind. Science, it seems, is institutionally sexist,” fulminates Hamilton. He links this medical sexism to the paucity of women in senior research roles and a gender imbalance in technological laboratories dominated by men who may never be able to fully understand a woman’s health experiences. It is also widely suggested that women may be found aplenty in early-career levels of medical research but their male peers are more likely to ascend the professional ladder and become professors.

However, there is light beyond the tunnel, as women scientists are currently seen to be increasingly pro-active in their fight against the Coronavirus. Among the most prominent of them is an all-women team of four scientists, led by India-born Nita Patel, Director for Vaccine Development and Antibody Discovery at the Novavax Laboratory in the unassuming neighbourhood of Gaithersburg, Montgomery County of Maryland, USA. And there are other women scientists around the world involved in the same pursuit.

Patel and her team are working day and night to isolate the virus and find a breakthrough vaccine against Covid-19 using recombinant nanoparticle technology. When an ABC7 news reporter asked her what signal it would give young girls if the vaccine came from the hands of women, Patel said, “Well, that’s encouraging for young girls to become scientists. You know, I’m a woman (and can say) that’s awesome.” Novavax is aiming at an extremely aggressive timeline, having reached phase-II of development of the vaccine. If they get the next phase of trials right, they could hit the market with a viable vaccine in as little as three months.

However, Patel and her team are not the only women engaged in the grim battle against Coronavirus. Kathleen Neuzil, director of the University of Maryland’s School of Medicine’s Center for Vaccine Development, who co-leads a consortium established by the National Institutes of Health at Emory University in Atlanta, to quickly tackle new infectious diseases, is also working in this area.

Another notable STEM researcher is Lauren Gardner, a civil engineering professor at Johns Hopkins University, who has led a team to build a map based on information collected from various sources in China, the US and elsewhere to track the spread of the virus and locate areas where the virus is taking hold in real time and where it may attack more in future. Surely, these path-breaking endeavours by women would not only provide succour by saving thousands of lives against the killer disease but also influence STEM research and policymaking in the long term. Can we still say that STEM is not for women?

(The writer is consultant editor at the National Council of Applied Economic Research, New Delhi. The views expressed are personal)