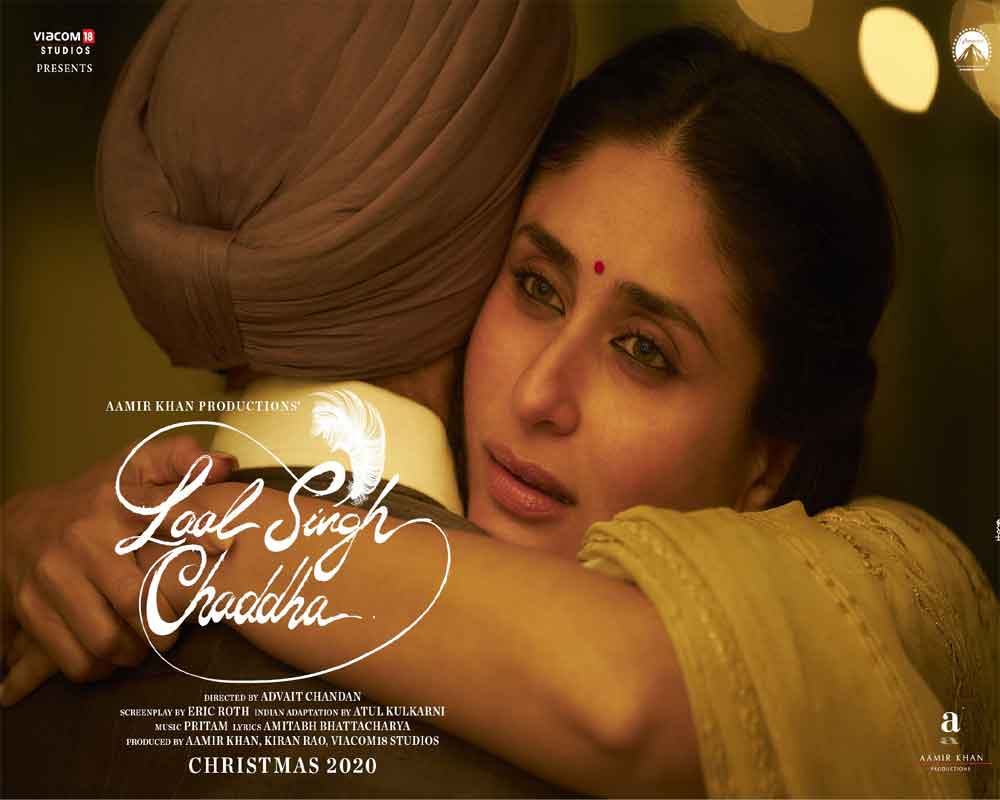 An official remake of Tom Hanks' 1994 feature "Forrest Gump", the film is being directed by Advait Chandan. Kareena is playing the female lead.

"Paa lene ki baichaini, aur kho dene ka darr... Bas itna sa hai, zindagi ka safar. #HappyValentinesDay Kareena. I wish I could romance you in every film... Comes naturally to me ;-) Love. A," the superstar wrote in the caption.

Aamir, 54, had announced the project on his birthday in March last year.

In November, the actor had shared his first look from the film that showed him sitting in a train compartment and sporting an innocent smile. He is donning a light pink turban and has a thick beard with a handlebar moustache.