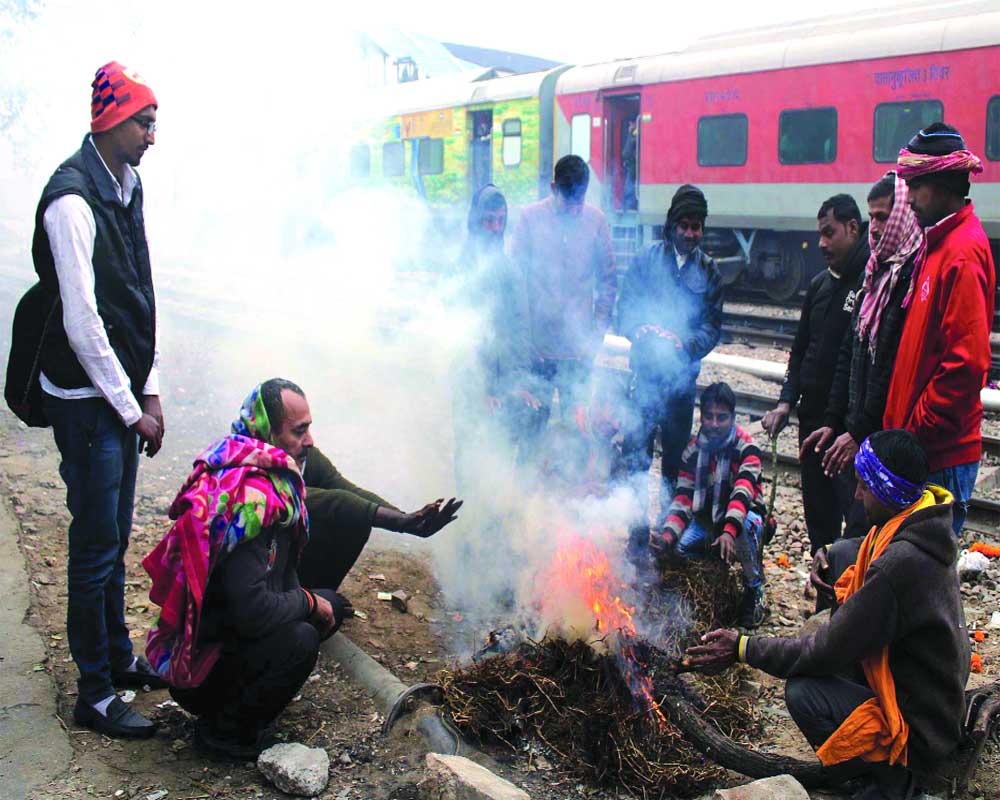 The India Meteorological Department (IMD) on Sunday predicted another spell of rain from Monday onwards in north-west India, including the National Capital Region (NCR), due to formation of two successive western disturbances in a short span. Weather experts said the changes are going to bring chill in the air.

According to IMD, Himachal Pradesh will see another spell of snow in the coming week and a yellow warning has been issued for low hills on January 13 and an orange alert for middle and high hills. Meanwhile, fresh snowfall in Kashmir threw life out of gear in the Valley on Sunday and disrupted flight operations. Most parts of the Valley received moderate to heavy snowfall on Sunday which continued during the day.

According to Dr Kuldeep Srivastava, a senior scientist of the IMD, the first western disturbance will bring scattered rain or light rain in North West plain, including NCR on Monday. The wind speed is expected to be around 20 km per hours. The second western disturbance is expected to impact the region in quick succession during January 15 to 17 and bring rainfall over the north-western plains, including parts of Uttar Pradesh, with peak intensity on January 16. Due to change in wind direction from North westerly to South-westerly and cloudiness rise minimum temperature by 4 degrees by January 17 more than 2-3 degrees above normal.

Western disturbances are basically extra-tropical storms or low pressure systems which originate in the Mediterranean Sea and move towards Western Himalayan region to bring rain over India during winter months.

In Himachal Pradesh, 629 roads in the State, including five national highways and one State highway, are still blocked and power supply has not been completely restored in snowbound areas. More snowfall has been predicted on January 13 and 14 then again on January 15 and 16 due to western disturbances. On Monday, heavy rainfall and snowfall is likely to occur at few places in mid and high hills. Shimla would also receive snowfall on January 13,14, 16 and 17 along with other places in snowbound areas of the State.

The colour-coded warnings are issued to alert the public ahead of severe or hazardous weather and an orange alert signifies weather that has the capacity to impact significantly.

According to IMD, the plains in Jammu & Kashmir received light to moderate snowfall, the higher reaches of the Valley and Jammu and Ladakh regions experienced heavy snowfall. Srinagar city recorded two cms of snow till 8:30 am, while Pahalgam tourist resort in south Kashmir’s Anantnag district recorded nine cms, he said. Gulmarg ski-resort in Baramulla district of north Kashmir recorded eight cm of fresh snow, while Kupwara, also in the north, received 25 cms.

In Uttarakhand, a student stranded in heavy snowfall in Radighati in Uttarkashi district died while six others were rescued by police and State Disaster Relief Force personnel. 18-year-old Anuj Semwal died on way to a hospital in Badkot on Saturday after being rescued, SHO, Badkot, DS Kohli said, adding the rest of the students are safe. A group of seven students of ITI Badkot had got stranded in snow in Radighati when they were on their way home.