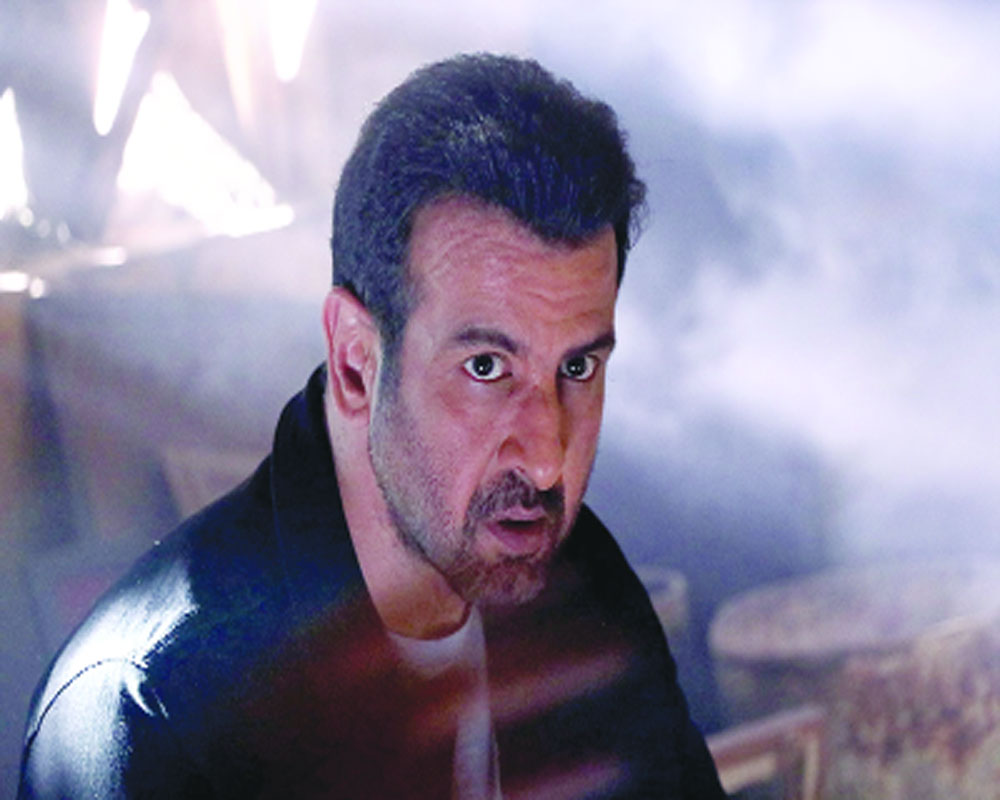 A hostage crisis to be with

Hostages 2 takes off from where it ended in Hostages. Yet both the seasons couldn’t be more complete in themselves. If first was about a doctor’s predicament in the face of a political and corporate conspiracy to kill the Chief Minister, this one is equally tantalising but with another twist to the earlier take.

This time the Chief Minister is the hostage but for a repentant medical cause. Ronit Roy is in the lead as Prithvi, the larger than life retired cop in the series and generally the larger than life actor he takes himself to be with his penchant to accord a cocky seriousness to his ‘I will never smile into the camera’ pledge that he made to himself way back as a TV character he immortalised as Mr Bajaj.

But this one from the fast upcoming Applause house of mounts is interesting, thrilling for most bits with adequate twists and turns that should accompany a hostage crisis.

All the mumbo jumbo about ATS sleuths,  night snipers and gameplans, including the survellience set up and talk of storming in are in place around a ruins of a colonial structure where the hostages are housed. The rotating search lights with accompanying conspiracy music are used well by series director veteran Sudhir Misra as props that enhance the experience as does the story which keeps weaving in side tales seamlessly into the main plot of a rogue Chief Minister (played to the hilt by Dalip Tahil) with a rapacious past made to stone for his sins with a forced marrow transplant with he as a donor even as the situation gets hot alongside Divya Dutta, the master negotiator, doing a brilliant job trying to save the hostages.

Some side stories are unnecessary and some quite pertinent to the main plot but the characters involved in all of them doing their bit to give authenticity and moments to a series that keeps the act going the best it knows. The certain predictability to the progression of events became  inevitable only late into the 12 episode venture.

Actors are chosen carefully in their screen habits even though the presence may be largely unexplained, like Dino Morea as the smiling assassin who keeps killing as a fetish more than as a reason. Why is he even there and what is the purpose of all his killings get a very flimsy explanation in the end. However, Hostages 2 still manages to hold on to your brain cells and eyeballs with established finesse.

There are some subjects on which Bollywood will take years to master. One such subject line is sci-fi. There is a big reason for this. We just don’t spend enough on the sets. Though full marks to Arati Kadav, the writer-director of Cargo to have come up with an inventive storyline about death and Yamraj, giving it an interesting spin, what this movie lacks is execution.

There is no imagination when it comes to the spaceship itself. While the out of the ships looks good, the interior looks as if it was designed by amateurs.

One could have taken clues from any number of Hollywood films. But the makers decided that the story was enough to hold one’s interest. Unfortunately, once one knows what is happening, it is on a repeat what is left is the gizmos that make a sci-if movie great to watch, not to see tin boxes with knobs for gadgets. How is it possible to have a huge spaceship with only one tiny space for its astronaut —  read modern-day Yamraj. If this was not bad enough, the spaceship Pushpak 634A while does allow room for an assistant, there is no room for the person. There are boxes lined on a platform which makes up the room for the assistant. Cardboard boxes on a spaceship? That has got to be the new low for a sci-if movie which is bound to give the makers of films like The Abyss and Star Trek nightmares for weeks to come.

Even though the lead look like they are uncomfortable in each other’s presence, the individual acting is passable.

Overall, watch this one only for its concept.

Hollywood’s love for blood and gore continues in the sequel to The Babysitter. The movie takes a jump for a few years with the lead protagonist— Cole, played by Judah Lewis — now in High School and no longer requires a babysitter. Nobody naturally believes his story of a cult and people dying because once the cops show up, there are no dead bodies.

Therapy is the parent’s answer to Cole’s story. But we know that the dead who disappear have an uncanny habit of appearing when least expected. And lo and behold — the sequel. This also means heads being ripped off, people being set on fire and blood flying in all direction but to no avail. They come back from the dead like bad pennies for what reason? To drink the blood of a pure human being to become all powerful.  If we hope that given what happens in the end, there are no more undead people rising from the dead.

Watch this if blood and gore is your cup of tea.

Creators Rohan Sippy and Anuvab Pal have struck gold with this 10-episode web series. The story is simple — a divorce via video conferencing. The inspiration comes from how many court cases in the country were heard via video conferencing due to COVID-19. But the way Rohan Sippy plays this out is absolutely brilliant. It is such a relief to watch something on the OTT platform that is not dark, edgy or has layers of complexities that something become difficult to decipher. Wakaalat From Home offers pure unadulterated entertainment with plenty of laugh out loud and roll on the floor moments even though there is an underlining message — don’t not get involved with divorce lawyers.

While it is sad to laugh, even though it is a fiction show, at two people who have major differences and want to separate after 10 years of marriage despite being childhood sweethearts, the way it unfolds is quirky and funny.

The whole idea of making a series with actors at different places and bring them together as one has been beautifully played out here. Another plus is that each episode is not more than 15 minutes. One doesn’t have to binge watch to know how it all ends. The 10 episodes can be watched over two hours and thirty minutes.

Sumeet Vyas, Gopal Datt and Nidhi Singh give a great performance. Kubbra Sait needs a special mention. Her transformation from an uptight divorce lawyer to a sexy one is amazing and so brilliantly done making the series a must watch.