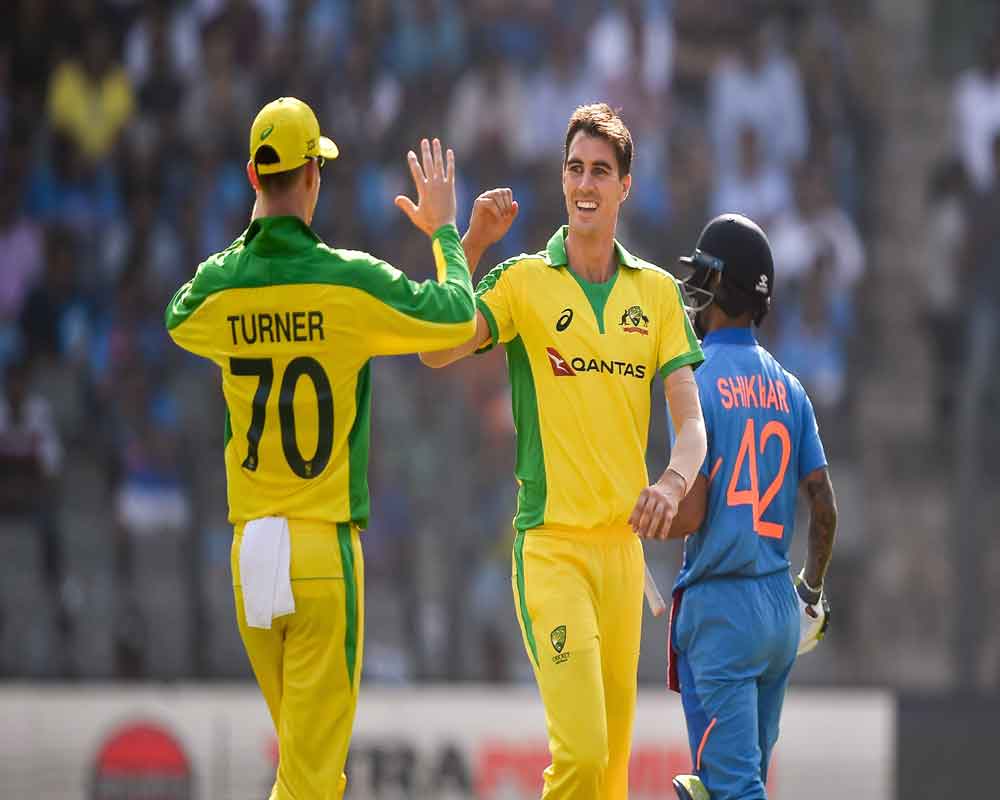 Left-arm pacer Mitchell Starc scalped three batsmen as Australia bundled out India for 255 in 49.1 over after electing to bowl in the opening match of the ODI series, here on Tuesday.

When Dhawan and Rahul were at the crease, India were cruising towards a big total but their dismissal in space of 10 balls affected their run-rate. They raised a 121-run partnership for the second wicket.

The hosts struggled to raise any substantial partnership after that but Kuldeep Yadav's useful 17-run cameo help the team cross the 250-run mark.

Wicket-keeper batsman Rishabh Pant, who has been under the scanner for some time, yet again frittered away a good start, scoring 28 off 33 balls.

The Wankhede stadium track offered good bounce to Australia pacers, who were willing to be patient and were rewarded for being disciplined.