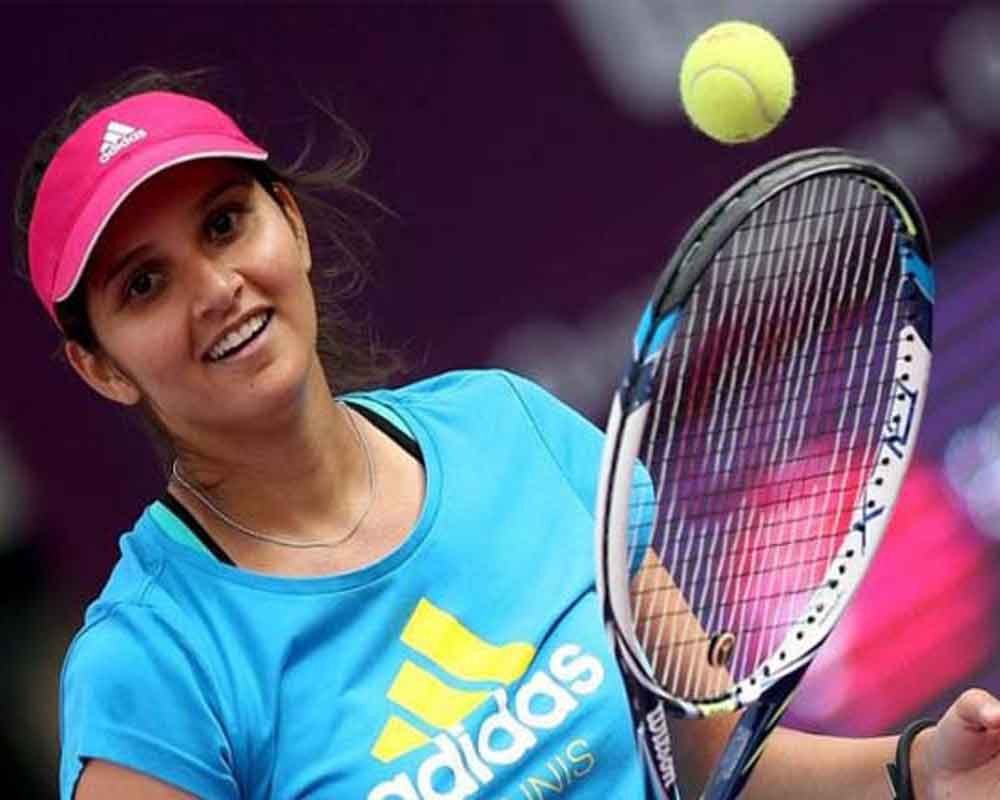 Indian tennis ace Sania Mirza made a winning return to the WTA circuit by advancing to the women's doubles quarterfinals of the Hobart International Tournament with Ukrainian partner Nadia Kichenok, here on Tuesday.

Returning to the court after two years, Sania and Kichenok prevailed 2-6 7-6 (3) 10-3 over Oksana Kalashnikova of Georgia and Japan's Miyu Kato in a contest lasting one hour and 41 minutes.

The Indo-Ukrainian pair will next be up against Americans Vania King and Christina McHale.

The US combination upstaged fourth-seeded Spainish duo of Georgina Garcia Perez and Sara Sorribes Tormo 6-2 7-5 in a round of 16 clash.

In an engaging showdown, Sania and Kichenok weren't off to a particularly good start as they double-faulted twice, failed to convert any of the seven break points that came their way and lost their serve two times to go down 2-6 in the opening set.

However, they pulled things back in the second set, helped by their rivals' inconsistent game.

Both the teams converted three break points each as the set went into a tie-breaker in which Sania and Kichenok nosed ahead of their opponents to draw even.

Sania and Kichenok raised the bar in the final set and displayed superior returns to emerge triumphant.

During her two years away from the game, the 33-year-old Sania battled injury breakdowns before taking a formal break in April 2018 to give birth to her son Izhaan. The Hyderabadi is married to Pakistani cricketer Shoaib Malik.

A trailblazer in Indian tennis, Sania is a former world No.1 in doubles and has six Grand Slam titles to her credit.

She retired from the singles competition in 2013 after becoming the most successful Indian woman tennis player ever.

In 2007, she attained a career-high 27th position in the WTA singles chart.

However, she has also been hampered by career-threatening wrist and knee injuries.