‘Sushant has set an example for me’

‘Sushant has set an example for me’ 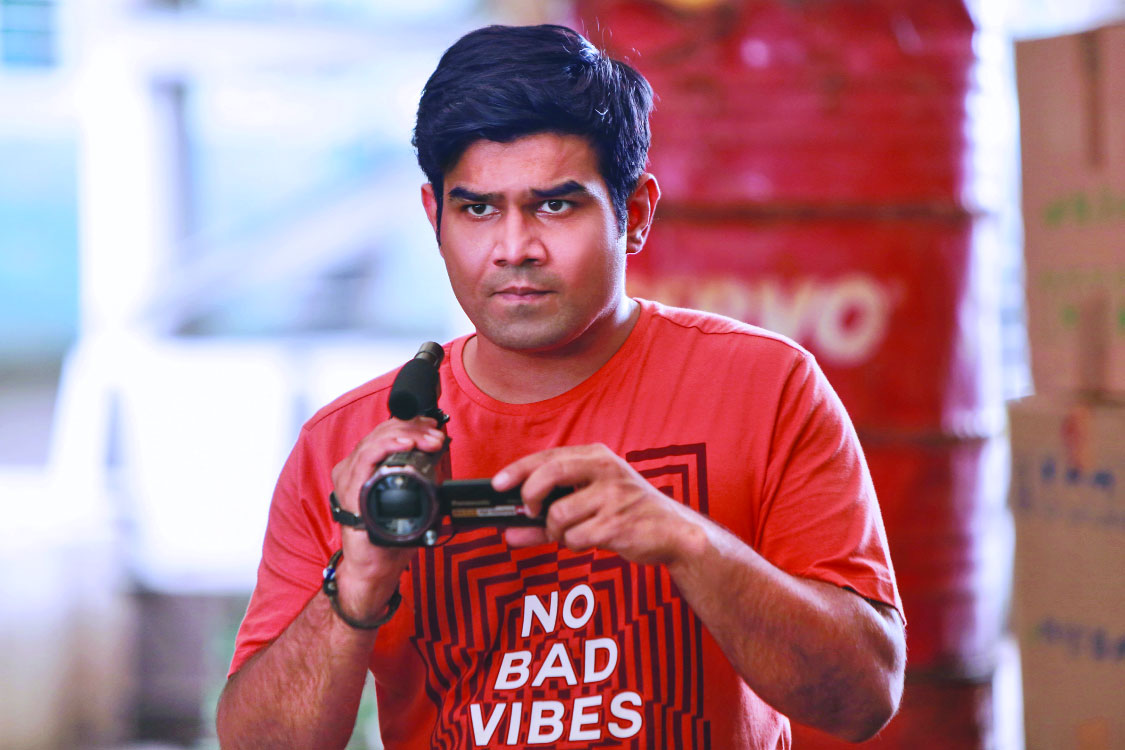 MUSBA HASHMI chats up SAHIL VAID about his role in Dil Bechara, memories that he has of Sushant and what does acting mean to him, among other things

What is your role in Dil Bechara?

I play Jagdeep Pandey aka JP. He is Manny’s ( played by Sushant Singh Rajput) best friend. The role is actually very different from Isaac from The Fault In Our Stars, but the fact that he too suffers from the same disease — optical lymphoma. JP hails from Patna and is an aspiring Bhojpuri filmmaker, but the fact that his eye is damaged and he is on the verge of losing the other eye too, makes him start working on his film without opting for a professional course in filmmaking. More so, because he didn’t have any time for the same. He casts Manny as the hero and were then looking for a heroine, which he finds in Kizie (played by Sanjana Sanghi).

The best part about playing JP.

I was extremely excited when I heard about the part. JP somewhere defies what I am as a professional. I am a trained filmmaker, I went to a film school and I am someone who has watched world cinema. Developing the love for Bhojpuri cinema with a lot of conviction, was something that I had to imbibe in me because I have never watched Bhojpuri films that much. When I was preparing for this, I used to listen to Rinkiya Ke Papa and Lipstick a lot. And the best part was that I fell in love with the songs. Even when I did Badrinath Ki Dulhaniya, I didn’t get to explore the Bhojpuri cinema. We were trying to make it a pan India film, so I just had to get the accent and the attitude right. Here too we have tried that, but I got to explore more depths.

The memories of Sushant that you have from the sets of the film.

There are so many. If I cite one memory, the other would feel offended. Every memory that I have of Dil Bechara is just beautiful. This was my first time working with Sushant and unfortunately it became the last. The one thing that I always will remember is that he tried to include everyone on the sets, so that no one should ever feel left out. Be it the production assistant or the spot boys, and everyone with whom usually the actors don’t even interact with. I have been a second lead in many films, I have seen it takes a lot of heart for someone to be very less actor and include and engage with everyone on the sets and Sushant did it. He even invited the light and the spot boys to a party. It is something that I have taken away from him. Not that I didn’t see the contribution these people make in a film’s success, but sometimes we just look for validation since I am also very new in the industry. I probably needed an example and Sushant set that for me.

You have talked about how Humpty Sharma Ki Dulhaniya will always be close to your heart. What makes it so?

If you would ask me how I got that film, I would have said I have no clue. But then there are many reasons that makes it special. Shashank (Khaitan) and I have done a play together and then he went on becoming an assistant director for Ishaqzaade. I had left acting and I fell back on my media education and became a program producer. I was shooting a brain surgery for Nat Geo when I got a call from the team asking: Ek badi si picture mein, ek chota sa role hai. Karega? I said, by all means. Then I had to take few days leave and go to Mumbai for the auditions. The first audition was so bad that Shashank called me and said: Yeh kya ganda audition diya hai tuney. Then I gave the audition again. Shashank called me again to his office. Until then, I was thinking that he must be the assistant director of the film and for old time’s sake he is auditioning me. When I reached there, he told me that Sahil it is not working out at all and that you should go back to Delhi and I nodded. It was then when he stood up and told me that I have got the film. I thought that: Iskey paas authority bhi hai ya nahi mujhe finalise karne ki, then I saw the script and it said directed by Shashank Khaitan. That’s how it happened.

If you would have asked this question six years ago, I would have told you all fancy things about it. But now, I would say if you pick up the dictionary, infact I tell this to my students too, that there is a word ‘act’, which means to do. It is as simple as that. Acting is to do. When you ask me what, then it is there in the script and how, then however the director says. And in the process you have to make it as realistic as possible and all of that comes with practise and research. An actor’s job is limited to that. Acting is not about having good looks. Whatever your character demands, you just have to work hard and look like that. Super 30 is an answer to this. There is nothing called a method in acting, but at the same time you need to apply lots of methods too.