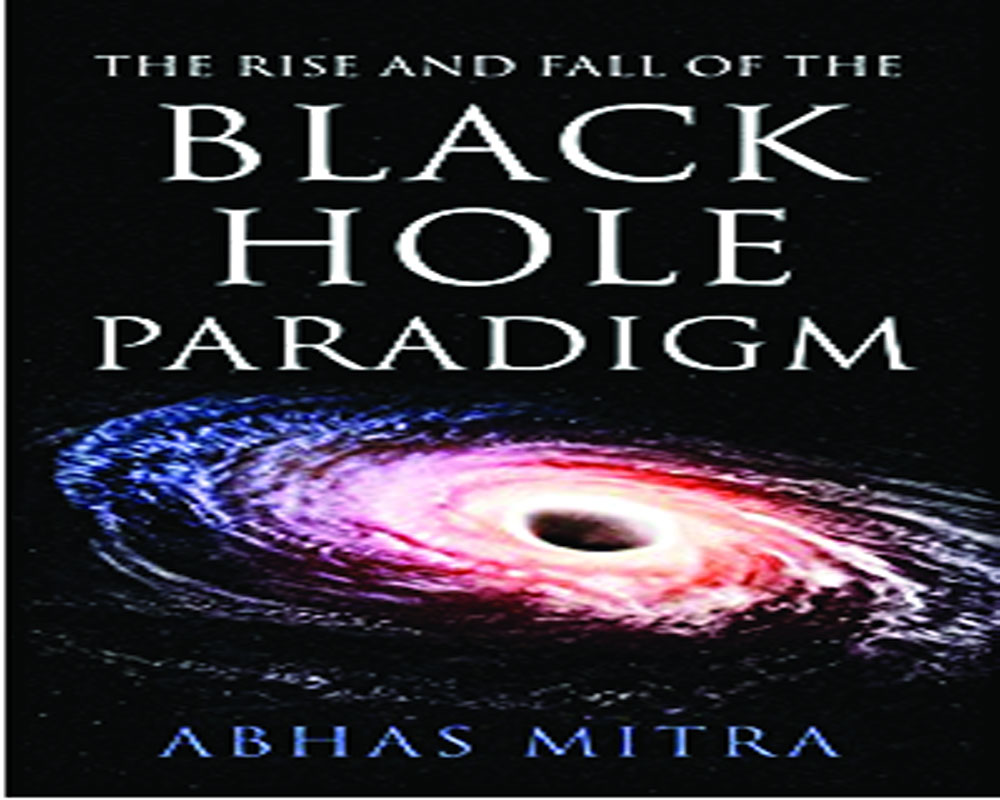 The Rise and Fall of the Black Hole Paradigm

As a mathematical physicist and researcher in general relativity and cosmology, initially I was bit annoyed with the very title of this book, and I thought that Mitra was bragging, there could never be anything like a “fall” of the black hole paradigm. But as I finished through the book, I realised that even if we completely ignore the peer reviewed research by Mitra and his few American colleagues: The black hole paradigm has always been controversial as apart from Albert Einstein, almost two dozen general relativists who have argued that true mathematical black holes should not occur even within the context of classical general relativity.

I was not aware that way back in 1969, the noted French relativist Luis Bel had shown that a true mathematical black hole, assumed to be a sphere, should actually behave like a point implying that its mass-energy is E=Mc2 =0. If this is true, the black hole paradigm certainly fell right in 1969 even though we mathematical physicists cannot accept such a tragic climb down. I was also unaware of a 1988 research paper by two famed Indian relativists Jayant Narlikar and Thanu Padmanabhan in which they had argued that the “problems related to the source (black holes) could be avoided if the event horizon did not form and that the universe only contained quasi-black holes.”

Mitra goes at great lengths to explain what these “quasi-black holes” could be. For most of the practical purposes, they pretend like true black holes and we certainly cannot rule out the fact the Event Horizon Telescope detected the shadow of a black hole pretender and not the same of a true black hole possessing an event horizon.

I also learnt that post the research of Mitra, in the past two decades, innumerable theoretical physicists have argued that the formation of true black holes may be inhibited by some quantum mechanical or quantum gravity effects; and the black hole mimickers could result from such unknown mysterious quantum gravity effects. Mitra exerts that there is not a single research paper which has ever shown how massive stars composed of protons , neutrons, electrons and radiation can turn into an Exotic Compact Object comprising negative pressure dark energy bubble or seething ball of elementary strings.

On the other hand, Mitra emphasises that if formation of true black holes must be prevented, it must be due to some well known generic effect which can be equally effective and inevitable for incipient black hole mimickers having even billions of solar masses. And the only such known generic effect is that, all kinds of light, heat and radiation must get trapped by the rapidly increasing gravity of the collapsing star as it would be about to become a true black hole. Mitra then argues that the outward radiation pressure of the trapped radiation must counteract the inward pull of gravity, and the massive star shoul turn into a quasi-static ball of fire supported entirely by its radiation pressure. Though this ball of fire is almost as compact as a mathematical black hole, it has no event horizon and hence keeps on leaking bit of radiation. In this sense, this ultra-hot ball of radiation should keep on contracting eternally in order to achieve true black hole state E=Mc2 =0 suggested by the Bel’s 1969 paper. Mitra nicknamed such an ever contracting ball of fire as Eternally Collapsing Object (ECO). As a mathematical physicist, I do not understand all the finer points of this narrative but I rely on the fact the relevant papers have been published in reputed journals like Physical Review (D), New Astronomy, Monthly Notices Royal Astronomical Society ,and Monthly Notices Royal Astronomical Society Letters.

Mitra and his American colleagues have argued that ECOs must be strongly magnetized and should be Magnetospheric ECOs or MECOS. It is heartening to see that, in 2006, Center for Astrophysics, Harvard, issued a long Press Release on a research claiming that the so-called black hole at the heart of a famous quasar should be a MECO. This press release admitted that the concept of MECO can be traced to the idea of ECO developed by the Indian astrophysicist Abhas Mitra in 1998. While as an Indian, I feel proud to see that an ivy league press release is related to an idea developed by a lone Indian battling innumerable odds both within his institution and outside world, my heart bled when I read that CfA later removed its own press release later for reasons best known to them.

This book not only discusses several critical issues on astrophysics and general relativity in a layman’s language, but also reveals several anecdotes on scientific intolerance and herd mentality which try to ostracise a minion non-influential researcher who refuses to sing the mainstream narrative. A must read for not only students of physics but also for all professional astrophysicists and general relativists.

The reviewer is a professor in the Department of Mathematics, Gauhati University, India