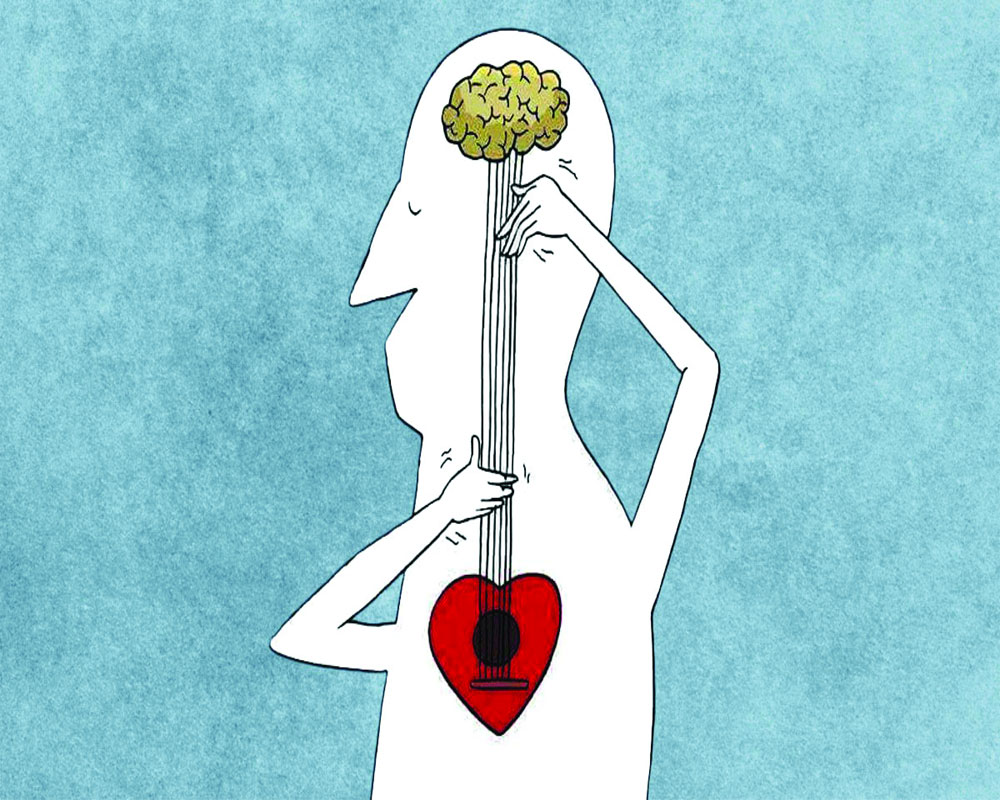 Music can be healing, energising, reflective, contemplative, expanding, and rewarding in many ways. Try it to discover its benefits, says Nandan Gautam

The bigger than the creation of sound, is why living beings prefer some sounds to others. Why do one set of frequencies feel sweeter than another? And how is it possible that just a few notes placed together in a specific way can bring tears to our eyes? Studies have shown that cows produce more milk when they are listening to music. And not just any music. In one study, Beethoven’s Pastoral Symphony and Simon & Garfunkel’s Bridge Over Troubled Water were their favourites!

Shakespeare was not a scientist, nor a mystic. But he understood human beings - their characters, their motives and the passions that drove them. He had tremendous insight into human psychology. He knew that music was deeply connected to the very essence of the soul. Another revealing fact is that the Sama Veda, written around 1200 BC, (considered to be the Rig Veda set to music) combined text and philosophy with melodic and rhythmic motifs. And Lord Krishna himself states in Chapter 10, Verse 22 of the Bhagvad Gita “I am the Sama Veda amongst the Vedas…”. The ancient ones knew the power of music.

Why look to others and ancient texts for proof that music can heal and transform us… It’s obvious that music can move us, transport us to another dimension. Music is as essential to humans as our own breath. People say music is a language but there is one essential difference — languages point to something else. They refer to something outside of the words. Music refers to itself. It has no inherent meaning other than what we ourselves perceive. The C Major chord is a happy sound. The C Minor is a sadder, more melancholic sound. Rag Yaman is a happy raga. Malkauns raga creates a sense of longing or sadness. But if one were to ask why, there is no answer. There is simply no logical reason why a certain combination of notes should make us happy and another make us sad. Even though there is no logical reason for this, does not make it untrue.

Could this be in fact a ‘proof’ of that fact that we do have something intangible like a soul? So far science has not been able to see it nor capture it or measure it. But then, nor has science been able to measure happiness, joy, a sense of peace or bliss. Children who study some form of music in school have been found to perform much better in all the other subjects. So we have empirical evidence that music is highly effective in not only calming us but even sharpening our other areas of the brain. And yet when we attempt to get the exact formula for which notes can heal us or be therapeutic to us — emotionally and physically, it’s impossible.

People are not machines. They are unique. What is pleasing and relaxing for one person may not be for another. So the best way to actually find the truth about something is not to find the absolute truth but to find ‘your own’ truth. This may look illogical because truth should be common to all. But as often as it is, it also isn’t. To find out if anything works, one has to try it. Yoga has been tremendously effective in helping people with back problems and depression. But if you’re searching for a definite proof, you may not find it.

Music can be healing, energising, reflective, contemplative, expanding, and rewarding in many ways. But the only way to discover this is to try. Experiment. The next time you are upset, sad or angry, instead of calling your friend and complaining about what is wrong, try listening to Mozart’s 40th symphony. Or try playing the Raga Malkauns by Rashid Khan, a melancholic but haunting piece that can literally transform your sadness into meditation. If you’re feeling depressed try listening to Rag Rasiya by the legendary Pandit Ravi Shankar. And if you’re feeling lonely or alone try ‘Au Lait’ or ‘If I could’ by the Pat Metheny Group. At the end of the song, you may have made peace with your loneliness and gotten a little bit closer to what the true nature of your soul is — oneness.

The writer is a Baku-based writer and composer. His metaphysical novel The King of the Sea, comes with a two-album soundtrack