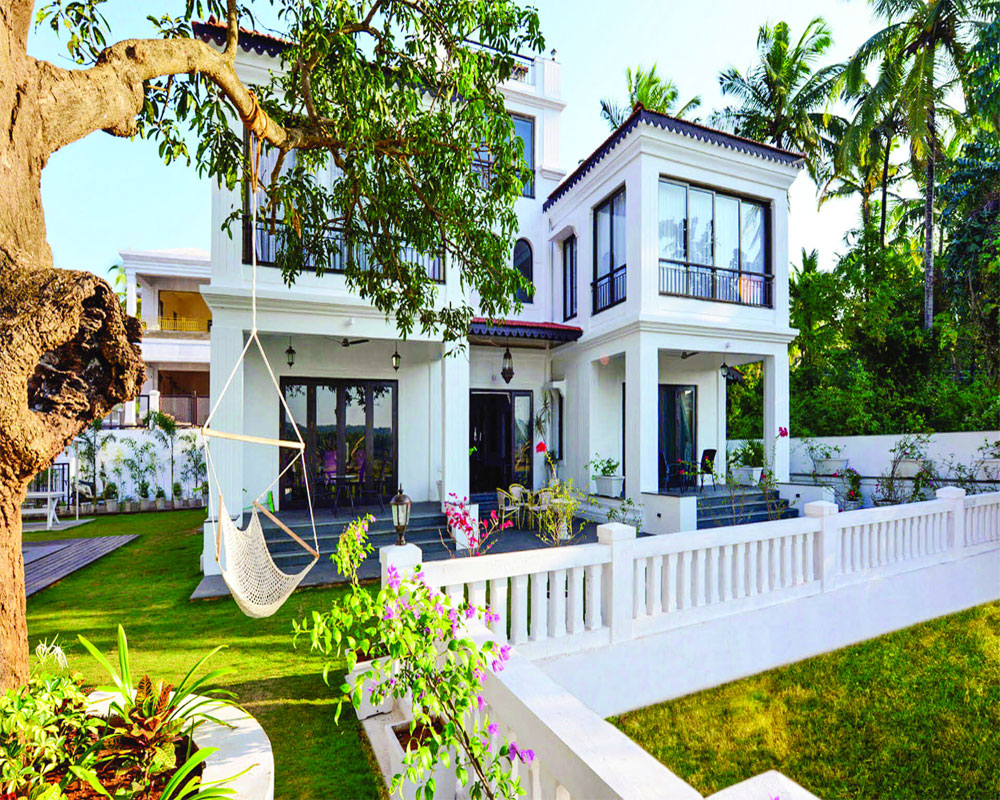 Homelessness in India is grave in magnitude, and also diverse in the socio-economic factors causing it, as much as it is complex to solve. One solution is to tap on the large numbers of vacant houses in India

We met our neighbours for the first time yesterday, after two and a half years of moving in to our pastoral suburban villa in Goa. It is not because we have been socially distancing ourselves all this while. The neighbours were a lovely couple and during our brief meeting we got along well too! However, until now, our neighbouring villa had been lying vacant as it serves as a holiday home for its owners who come by for about five days a year. In fact, of the total seven villas in our compound, ours is the only one that does not serve as a holiday home for its owners. Further more, in all of Goa, 21.8% of homes are similarly lying vacant.

Goa leads amongst states with the maximum number of vacant houses in India. The beaches and the remnants of its once hippie culture still draw people from India and abroad to have a foot here. Gujarat with 13.7% of its homes vacant is second in place. Himachal Pradesh has 11.8% homes vacant, while Maharashtra has 11.2%, NCT of Delhi has 11.1% vacant homes as per the last census.

The fact that 7.4% of India’s homes are lying vacant is not a problem in itself. However, the fact that these completed homes with electricity and water connections are vacant despite the country’s estimated housing shortage of close to 20 million, is what makes this an abominable paradox.

To make matters worse, the vacant homes in India are heavily skewed towards the country’s poorest socio-economic group. Also going by the last census, 56.18% of the shortage too pertains to households with annual incomes of `1,00,000, and 39.44% is for those with annual incomes of less than `2,00,000. It is indeed the poorest in India who have inadequate shelter.

The situation is even more dismal when one considers the tragic case of 11-18 million children in India who live on the streets everyday with or without their families. It was equally unfortunate when we witnessed the fate of approximately 26 lakh migrants who upon the outbreak of Covid-19 were recently stranded across the country where their mass exodus out of cities was primarily due to lack of livelihood and inadequate shelter.

Homelessness in India is grave in magnitude, and also diverse in the socio-economic factors causing it, as much as it is complex to solve. However, I believe that one solution is to tap on the large numbers of vacant houses in India, especially in the affordable housing segment.

To do so, data and information about vacant homes is a pre-requisite. However, gathering data on numbers and reasons for vacant houses in India is an excruciating and complex task, essentially because the individuals who need to be questioned are the missing homeowners of those vacant houses. At the start of every decade, the Census of India takes note of homes which were found vacant during the census survey. However this data is part of its methodology based on which the census taker will either return or not to the particular home, and the reasons for the homes found vacant are not revealed in the census. There has been no further primary data collection on this. So, besides anecdotal evidence and neighbourhood gossip, we do not quite know the reasons for which the abundant numbers of houses in India are lying vacant.

The Anant Centre for Sustainability, a think-teach-do tank that I established two years ago is now investigating the paradox of vacant houses in India, by undertaking large scale surveys across cities. The first report in this series of reports that was released last week, focused on Ahmedabad. Despite the housing shortage in Ahmedabad, the report found that more than 14% of homes — nearly 1,70,000 — lie vacant. Nearly 20% of EWS government homes are vacant and a further 30% are rented. In the LIG segment, majority of the homes were found to be either vacant or rented. This seems to indicate that though the government has tried hard over the last few years to create housing stock for the EWS and LIG segment, nearly half or more of that stock might not have reached intended beneficiaries and is instead in the hands of investors.

These alarming findings in Ahmedabad are a reflection of a systemic problem across the country. The government that is the leading housing provider in the affordable housing segment needs to clearly take a relook at its delivery mechanism of affordable houses. Further, reducing the numbers of vacant homes in India via revised rental policies, improving location, infrastructure, and design of affordable houses, reducing some of the social constraints in affordable housing development projects, as well as by offering financial solutions, will go a long way in shrinking the housing gap. If we can occupy the vacant homes in India, we could perhaps reduce the approximately 50 crore slum households in India by 50%.

These vacant homes can even be repurposed. During the on-going pandemic when the nation is scrambling to give a decent roof to our children living on the streets and migrant labour have lost livelihood and shelter, the vacant infrastructure are not just a colossal waste of resources but it is one of the greatest humanitarian opportunity lost. The vacant homes can be leveraged to make homes and hospitals for the needy.

The past few months I have been inching towards collecting data to support implementable solutions to provide boarding and education facilities to the children on the streets of India. While children are out of school, vast numbers of schools are lying vacant for want of students.

Over the years India has mastered the art of making progressive policies that are poorly implemented. Now there is another emerging trend — the lack of skills in matching supply and demand for roti, kapda, and makaan.

The writer is CEO of Sustain Labs and Adjunct Professor at SciencesPo Paris. She is also a columnist and author of the 2019 bestseller Indian Instincts — essays on freedom and equality in India