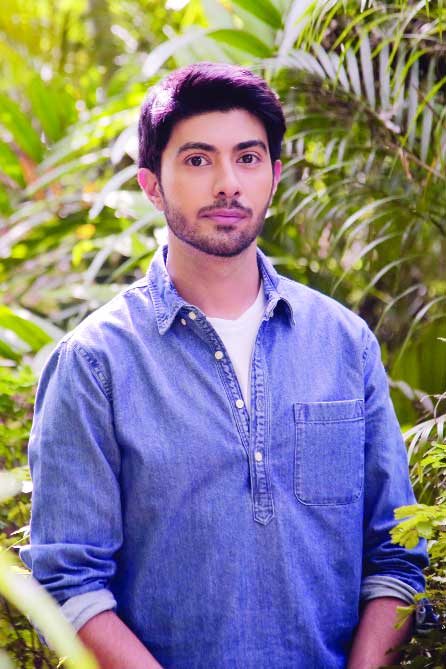 Director Adeeb Rais’s recently released short film Baatein is garnering rave reviews and a lot of love from short film lovers across the country. Starring Supriya Pilgoankar, Shivani Raghuvanshi, Sankalp Joshi and Adeeb Rais himself, the film touches issues with parenting and communication that youngsters may face in their everyday lives.

Adeeb made his debut as an actor with MX Player Original web series — Yeh Crazy Dil opposite Zoa Morani. In Baatein, Adeeb plays a documentary filmmaker who is passionate about telling real stories and documenting interesting experiences of people from slum areas, red light areas and prisons. Interestingly in real life too, Adeeb’s forte lies in relatable slice of life stories.

Adeeb says: “Baatein has been a wonderful and truly satisfying journey. After the overwhelming response I received for my previous short Aunty ji starring Shabana Azmi and Anmol, I was keen on pushing myself to take the mantle of telling meaningful stories that not just entertain but also impact society positively further.”

While Aditya Roy Kapur’s first look and the poster of Malang continues to set the internet on fire, The actor’s sizzling chemistry with co-star Disha Patni was already the talk of the town; amid that buzz, the former emerges as the new action  hero of the Indian film industry with the release of the trailer of the romance-thriller.

The newly launched trailer introduces Aditya as a compulsive killer on a murder spree. What arrests the attention of the viewers, is the menacing shades of the actor’s character and the wild romance between him and Disha Patni. One of the most noteworthy aspects of the trailer is the two looks that Kapur sports in the forthcoming film. Malang will see Aditya in a lean look and a beefed-up look. From the trailer, it becomes clear that in one phase of the movie the actor is captured as funloving and easygoing and in the other phase, he undergoes a metamorphosis that brings with it elements of rage and revenge.