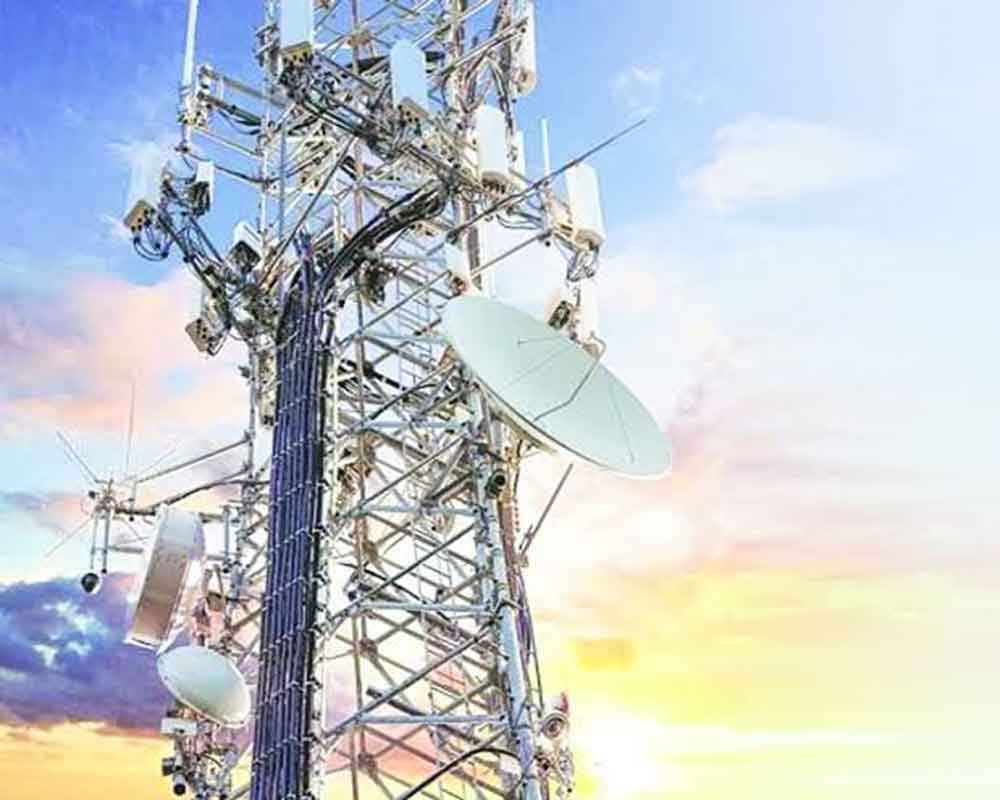 The Centre moved the Supreme Court on Monday seeking approval of its formula to allow telecom companies to pay their Adjusted Gross Revenue (AGR) dues in annual instalments for over 20 years to avoid impact on the economy.

A bench of Justices Arun Mishra and M R Shah directed that the Centre's application be listed before the same bench which had given the October 24, 2019 verdict for payment of AGR dues, amounting to Rs 1.47 lakh crore, owed by telecom companies.

Solicitor General Tushar Mehta, appearing for the Centre, mentioned the application for urgent listing saying that if a telecom company goes bankrupt due to the dues, it would have a major impact on the sector.

The bench said however that it does not know when the original bench which gave the verdict will assemble due to the precautionary measures adopted by the top court in wake of COVID-19 pandemic.

It also allowed the Centre to file an affidavit in reply to the contempt notice issued by the apex court on February 14, for non-compliance of its order to payment of the AGR dues to the Department of Telecom (DoT).

The Centre in its application said that looking at the most possible and perhaps inevitable scenario in mind and in larger interest of economic consequences on the nation, the central government has taken a decision to seek approval of this court to a formula arrived at for recovery of the past dues from the telecom service providers.

"This formula, which is placed for approval/ permission of this court, is arrived at after a detailed and long drawn deliberations at various levels of the government in the administrative hierarchy including the cabinet and keeping the vital issues related to the financial health and viability of the telecom sector and need for maintaining competition and level playing field in the interest of consumers," it said.

Under the formula suggested by the government, the telecom companies impacted by the verdict of the apex court of October 24, 2019, be allowed to pay the DoT-assessed dues in annual instalments in over 20 years (or less if they so opt), "duly protecting the next present value of the said dues using a discount rate of eight per cent (based on one year marginal cosy of lending rate of SBI which is currently 7.75 per cent".

As per the formula the "interest on the unpaid amount, penalty, and interest on penalty in relation to the past dues as on the date of the judgement of the Supreme Court will not be levied beyond the date of the said judgement, and the net present value will be protected using the discount rate".

It states that the telecom firms would continue to be liable for interest, penalty, and interest on penalty for unpaid dues of licence fee and spectrum usage charge which arises prospectively after the October 24, 2019, date of judgement of the apex court.

If there is any change in amount of past dues arising from the judgement determined after reconciliation between telecom companies' self- assessment and DoT's calculation, then it may be adjusted against the payable instalment amounts of the company.

The government informed the court that it has withdrawn the DoT communication of January 23 as directed by the top court on February 14, due to which contempt proceedings were drawn against the department's desk officer.

The government said that compliance of the apex court orders is of utmost priority for it but it is required to be brought to the notice of the court that "considering the huge amount which is payable by the telecom service providers, there would be certain inevitable consequences which may not be in any ones' interest".

It informed the top court that telecom companies who were liable to make the payments have started making the payments and the part payment is made.

It said that in the event of any one major service provider being impacted would result into the drastic and most possible consequence of such service providers facing proceedings under the Insolvency and Bankruptcy Code.

The Centre in its application said that the impact of this would be on competition in the telecom sector with adverse consequences for the consumers and on quality of services.

The Centre's application also gave the figures of the amount paid by the telecom companies against the AGR dues and the due amount till March 6, as assessed by the DoT.