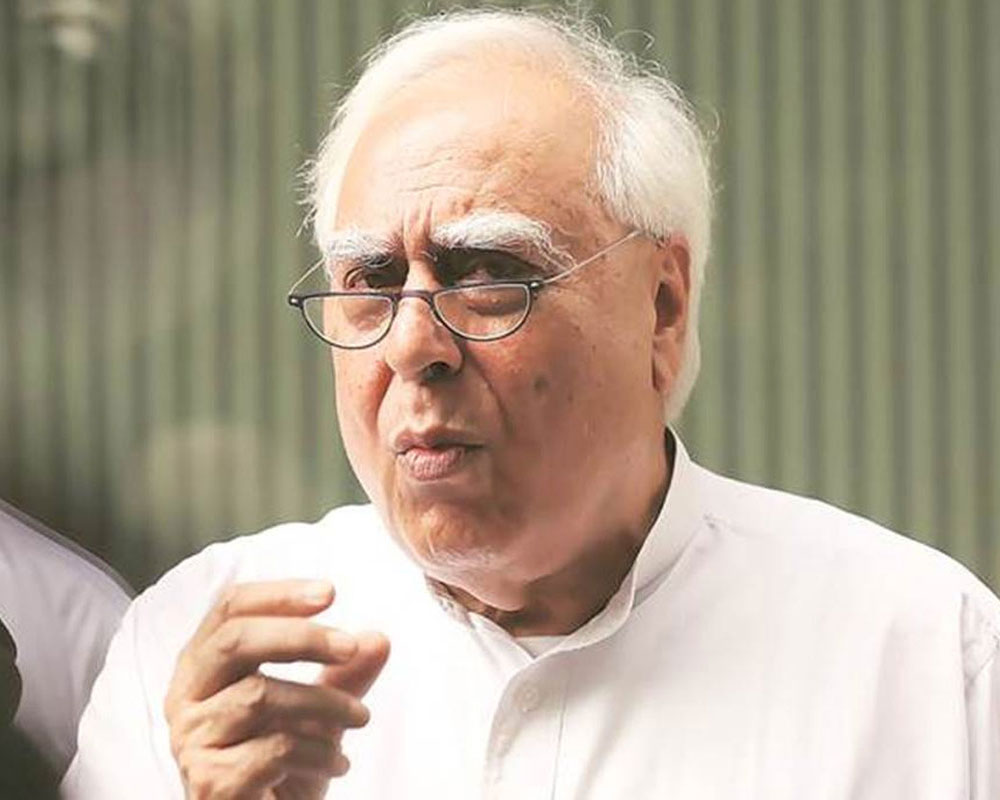 Universities should not conduct examinations in the midst of the COVID-19 pandemic and even holding online tests is not right as it is "discriminatory" towards poor students, former human resource development minister Kapil Sibal said on Sunday.

The senior Congress leader also said that with almost half the 2020-21 academic year of schools over without proper classes due to the COVID-19 spread, board examinations for Class 10 should not be held next year as it would burden the students unnecessarily.

"What has happened is that half the year has been lost and we don't know how long this pandemic will continue. There is no need for Class 10 board exams for a while for these two years -- this year and next year -- and then they could relook at this policy," Sibal told PTI in an interview.

Sibal, who as the HRD minister had spearheaded a reforms process in the education sector under which it was decided to abolish compulsory CBSE Board exams for Class 10, said it was a sensible policy to have been followed but when the NDA came to power they reversed that.

"Thank god they have listened to some sane advice and they have cancelled the board exams. Consider the impact it would have had, especially on the poor students who don't have access to any online facilities," said Sibal, who was the HRD Minister from May 2009-October 2012 in the UPA-II government.

His remarks come days after the remaining CBSE and ICSE board examinations for classes 10 and 12, scheduled to be held in July, were cancelled due to the COVID-19 pandemic.

"Quite frankly even university exams should be postponed," Sibal said.

Delhi University on Saturday postponed the online open book exams for final-year students, which were scheduled to begin from July 1, by 10 days "in view of the prevailing situation of COVID-19 pandemic".

Asked if examinations are not held how university students will be promoted, Sibal said there were two issues -- those who are to be promoted from the first year to the second year as well as from second year to third year, and those in the third and final year.

Those going from first year to second year and those from second to third year must have appeared for semester exams during the period, so assessments can be made based on those results for them to be promoted to the next year and that should be provisional so that when full classes are held examinations can be conducted, Sibal said.

"But in the meantime, their promotional prospects should not be jeopardised. That takes care of 1st year to second year and second year to 3rd year," he said.

"Now you come to the university exams. Many students who come from far off places must have gone away from the hostels, how will they take part in online exams from those places. Many of those students are from neighbouring countries, how will they sit for these exams," Sibal asked.

Noting that in some states, the universities have said they will not hold exams, he suggested that what can be done is that final-year students could be given a provisional degree based on their past performance and they can sit for exams as and when they have the materials and the tenure of the teaching class has been completed as would have happened in a regular year.

"Some universities are doing that. I don't know why that is not being done in Delhi," he said.

Asked if the Centre should introduce a uniform policy for examinations in universities, Sibal said the problem is that universities are independent institutions and the government can't decide what they should do or not.

The universities have a level of autonomy, but they themselves should find innovative ways to deal with a situation rather than have an "elitist approach and say we have decided, this is what is going to happen and we are not going to see the situation on the ground".

Thrusting these decisions on poor students is very poor management of education, he said.

Universities and schools across the country have been closed since March 16 when the central government announced a countrywide classroom shutdown as one of the measures to contain the COVID-19 outbreak.