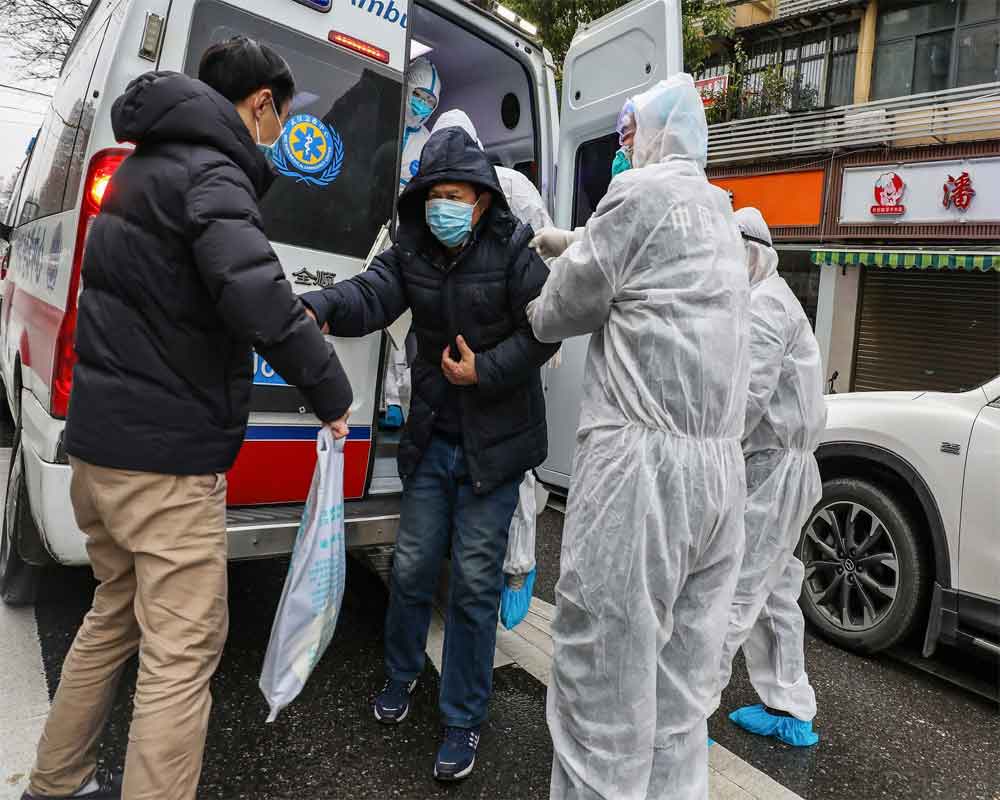 Forty four more people have died of the novel coronavirus in China, taking the death toll in the outbreak to 2,788, Chinese health officials said on Friday, amid growing criticism from experts and the public that the epidemic would have been less severe if the authorities acted when the first confirmed case was reported in December.

Among the deaths reported on Thursday, 41 were from the epicentre Hubei province and its capital Wuhan, two in Beijing and one in Xinjiang, the National Health Commission said in its daily report.

A total of 44 new deaths and 327 confirmed cases were reported on Thursday from all over China, far lower than the earlier days, it said.

The overall confirmed cases in the mainland have reached 78,824 by the end of Thursday. In all, 2,788 people have died of the disease so far, it said.

As virulence of the disease slowed, criticism of Chinese officials' attempts to hide the outbreak in its early stage was highlighted by the official media on Thursday in a rare public criticism of the system of secrecy in governance.

The outbreak first surfaced in December last year until it became severe by middle of January, becoming a full-fledged epidemic causing massive devastation in the country, a report highlighting the shortcomings was published by the state-run Global Times on Thursday.

While China's massive response in trying to localise the virus to Hubei province with strong measure like locking over 18 cities including Wuhan with over 50 million people came for praise from the World Health Organisation (WHO), criticism is also growing at home over why it was not nipped in the bud.

The situation should have been better if the control measures were taken earlier Zhong Nanshan, said a leading epidemiologist who was also among those in the expert groups dispatched by the central government to the epicentre Wuhan.

Under the scanner is China's famous top down approach under the ruling Communist Party of China (CPC) with little power to local officials.

Several top-down authorities, constantly shifting blame on each other for mishandling the outbreak earlier, have now been engulfed in a public opinion crisis, with people calling for an improved decision-making process in the country's healthcare system, the media report said.

Zhong said three major coronavirus-related epidemics in the 21st century - SARS, MERS and COVID-19 - had offered a lesson that countries should act quickly to prevent them from spreading further.

"The epidemic would have been much less severe if we took strict control measures in early December, even early January," Zhong said told the media on Thursday.

"We estimated that numbers of patients would surge to more than 100,000 if we took measures [such as city lockdown] after January 25," he said.

Missing the window of opportunity has become a major regret amid the COVID-19 outbreak not only for the veteran medical adviser, but also for many frontline doctors and officials inside the central and regional centres for disease control and prevention (CDC), the report said.

A more timely response to the outbreak as soon as the virus had been detected would have led to a different outcome, given the highly contagious disease has caused more than 78,824 infections nationwide and death of 2,788 in China.

"We have to take immediate action as soon as we detect the virus. This is a lesson we must learn," Zhong said.

In China, the CDC system is just a "technical department" with limited standing when he mentioned the shortcomings exposed amid the outbreak, he noted, adding that the CDC should be given more authority and its importance should be further highlighted.

It is urgent to figure out how the CDC could play a bigger role in public health matters or have "a bigger say" in alerting the Chinese people about potential epidemic risks and sending out warnings instead of only focusing on doing research or publishing papers in medical journals.

After the SARS outbreak from 2002 to 2003 that caused over 5,000 infections and killed 349 nationwide, China set up a top-down direct reporting system on infectious diseases and critical public health events, with reportedly USD 104 million, with the aim of reporting and examining any epidemic quickly after receiving information about the confirmed and suspected patients at hospitals.

But it appears to have failed in raising alarm about coronavirus.

The first confirmed case of then "unknown pneumonia" occurred on December 8 in Wuhan. The first result of a pathogen sample, collected from a 65-year-old male, proved that the "unknown pneumonia" discovered in the city was caused by a coronavirus, which is 80 per cent similar to the SARS virus, the Global Times report said.

Shortly after, Li Wenliang, a local doctor in Wuhan considered the "whistle-blower" of the looming crisis, shared the information about the "SARS-like coronavirus" found in Wuhan hospitals on social media, which became the first warning from the healthcare system to the public in a non-official capacity.

Li who was silenced by local police with a stern warning not to spread rumours died of the virus, becoming the 10th medical staffer killed in combating the virus. Officials said over 3000 medical staff have been infected with the virus.

From the first confirmed case in Wuhan to the official warning about human-to-human transmissions of COVID-19, it took over a month before vigorous measures were adopted, the daily's report said.