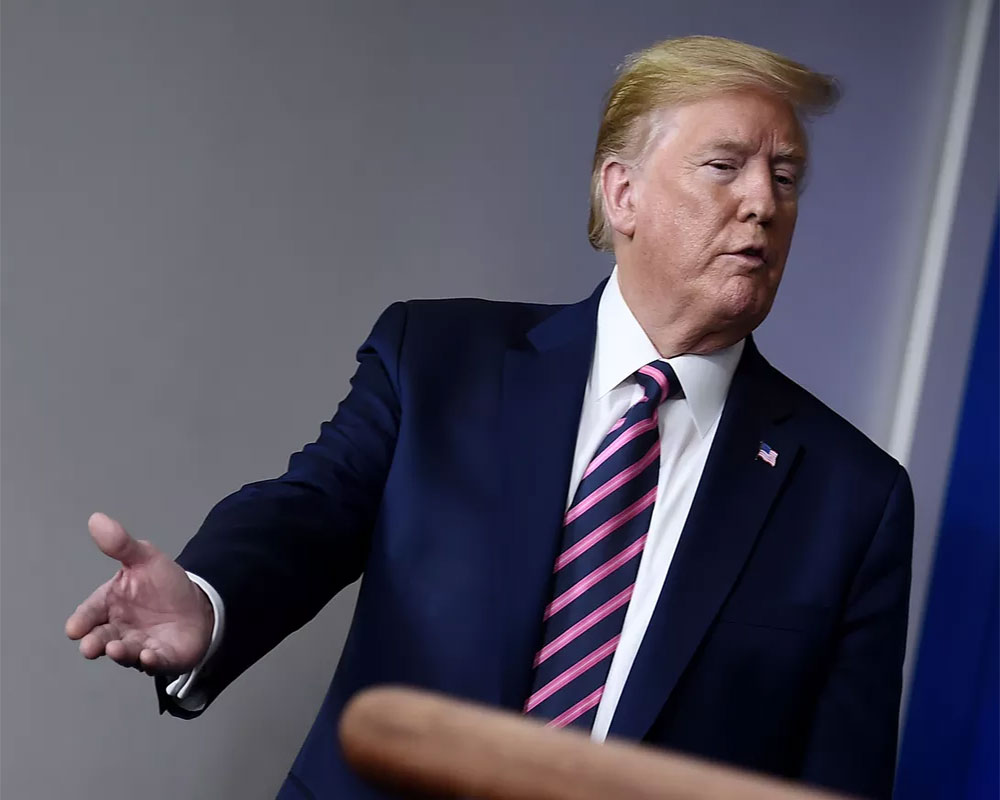 President Donald Trump says a full G7 summit bringing together the leaders of the world's major economies looks like it will be on.

But he says the in-person event which had been scrapped in March because of the coronavirus will now take place primarily at the White House, with a piece of it perhaps taking place at the nearby Camp David presidential retreat.

Trump made the comments while departing the White House for a trip to Michigan on Thursday.

The District of Columbia remains under stay-at-home orders and U.S. travel restrictions remain in place on many Group of Seven nations.

But Trump has said that holding the event would be a great sign to all that things are getting back to normal.

He said a formal announcement will likely come early next week.