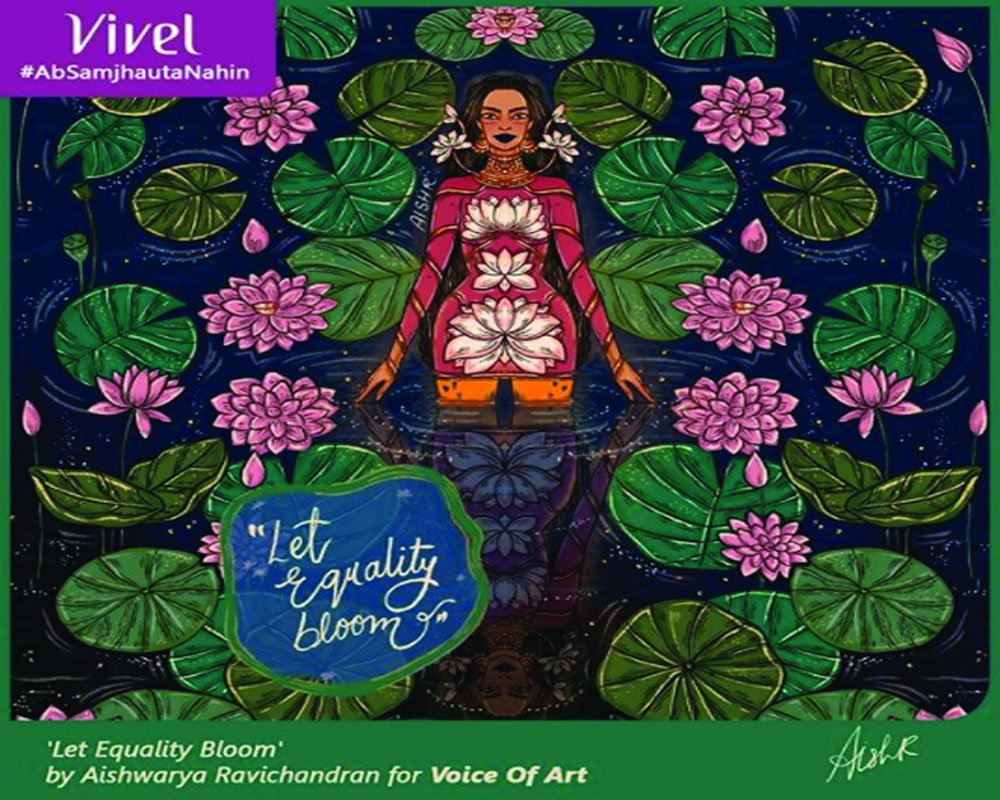 It was exactly 100 years ago in 1920, when the 19th amendment in the US Constitution was adopted, which gave American women the constitutional right to vote. The amendment prohibits denying citizens the right to vote on the basis of their gender. Gender Equality Day came after 72 years of organising, mobilising and struggle by the feminists in the US. The day was first marked in 1972. Now, one must wonder that if it happened in the US, why are we, in India, talking about it? Well, feminist activist, poet, author and social scientist Kamla Bhasin has an answer. She feels that sisterhood is global. “The women in the US fought for the right to vote. After that the women in Europe fought for it and got it. We in South Asia did not have to struggle with it. We got it on a platter. Do you know why? It’s because our sisters in other parts of the world did it for us. I feel that any victory for rights and justice anywhere in the world needs to be celebrated because it influences the struggles which come after that. All the women, men and trans people need to remember this day to thank those women who fought for it for 72 years,” says she.

The activist has written commonly about understanding patriarchy and gender issues. She is the author of Borders & Boundaries: Women in India’s Partition (1998), What Is Patriarchy? (1993), and Understanding Gender (2000). Bhasin shares that all the figures across the globe tell us that there is not a single country, where there is full gender equality. The Scandinavian countries have made huge progress but even they are not completely gender equal. So, she says, “All of us should commemorate by making a fresh commitment. I feel this day needs to be celebrated by both men and women who are against patriarchy.” She is somebody who believes that patriarchy is a social structure, where men are considered to be superior and have the power of decision making. “Patriarchy not only oppresses women but men as well. It hurts men and transgenders in massive ways. It stereotypes them and puts them in tight boxes of gender. It dehumanises them. Patriarchy doesn’t dehumanise us women. We are raped, battered, but that’s not our fault. We are the victims, we are not the perpetrators. I believe that it is the perpetrator who is dehumanised and brutalised. Unless women are free, men cannot be free,” feels Bhasin.

The day is often observed across the world to encourage and spread awareness about women’s empowerment. However, when will that time come when we wouldn’t have to specify a certain day to remind people about gender equality? Equal rights activist Harish Iyer feels that we ideally should remember to be kind and aware all the time and not have just one day to celebrate it. But it’s important to know that some days are a good excuse to have a flood of content dedicated to the cause. It heightens the awareness.

Bhasin questions that do we ever ask when will we stop celebrating our birthdays? Will we ever stop celebrating the Independence Day of India? Do we stop celebrating Krishna’s birth or the birth of the Jesus? No! Isn’t it? “I think the birth of victories for rights and justice is much more meaningful than the birth of an individual. So, we should not stop celebrating such significant and days of relevance,” she says. In 1947, Bharat, the men of India, got independence, but Bharati, the women of India, do not seem to have got independence, feels the activist. She says, “Even today we cannot walk around in our own areas and cities without fear in our hearts. Approximately 60 to 70 per cent women have reported that they are harassed in buses and metros. Large numbers of women are harassed in their own work places. The sex ratio of women in India has been going down for the over 100 years. It simply means that we are killing our daughters more than we ever did before. The lockdown due to the pandemic have led to more violence against women. I feel we are nowhere near gender equality.”

Art since time immemorial has been a powerful medium of expression and communication to inspire a change and empower a voice. Throughout human history, it has always been a significant tool to chronicle different facets of culture and react against inequalities and injustice. ITC Vivel, with its philosophy of Ab Samjhauta Nahin, embarked on an expressive initiative — Voice of Art. Commemorating Gender Equality Day, it brings together young artists and their passionate expressions against patriarchy — be it stereotyping on the basis of gender or attire, highlighting pay gap or societal expectation set on the basis of gender. The passionate interpretation on canvas is a reflective yet futuristic expression against patriarchy. It is an expression to inspire a more equal society.

One of the artists, Aishwarya Ravichandran’s piece — Let Equality Bloom — draws an analogy between the lotus, a symbol of rebirth, triumph and strength, and women who rise above pools of negativity and break free from all that ties them down. She says, “A day that extensively talks about gender equality and what it means is a way to get people thinking about their actions, the way they see things and the way they understand this topic. There has been some progress but with more conversations on equality and feminism, I am sure there will be a complete shift in mindsets. We need more initiatives like Ab Samjhauta Nahin as it reaches to a larger audience. Change is inevitable and there will be a day when gender equality prevails and we wouldn’t have the need to discuss it anymore.”

Women facing discrimination in leadership roles is one of the most visible forms of gender disparity around us. Aimed at breaking this notion is Ravichandran’s another artwork — The Alpha-female. She describes her work as a representation of how women can stand their own to redefine norms and lead from the front. The pack of wolves she leads is symbolic of the world she sets an example for and the jungle compares to the challenges she’s determined to overcome.

Another young artist, Vikash Thakur’s artwork illustrates how determination, strength and hard work enable athletes and champions, not gender. If there’s anything that should shape the future of sports, it’s gender equality. He says, “No one gender is less deserving of an equitable opportunity in sports. Irrespective of how much the world develops with technological advances, the mentality of not one but the society, as a whole, needs a push. And unless we publicly say it out loud and bring the hard-ships or accomplishments of women into limelight, certain minds won’t change.  Thus, I feel dedicating one day to such crucial thing is very important and the least we can do.”

“Do what is in your power. Like I did. I tried to make a difference through my art. Although, for many, my illustration might be just a piece of art, but I genuinely wanted to show how great women are in every field, especially in sports. Similarly, others can do things that they can. Smallest of efforts count,” adds he.

Gender needs to be seen beyond binaries today. Iyer feels that India needs more feminists. “Feminism, to me, is not about special status, it’s about treating people equally. We need to be aware that there needs to be equity before equality. We need to look at people from the intersections of caste, religion, economic status and other factors. Gender equality is about all genders. It is not just in the binary,” says he.