It hunts us, stay alert!

It hunts us, stay alert! 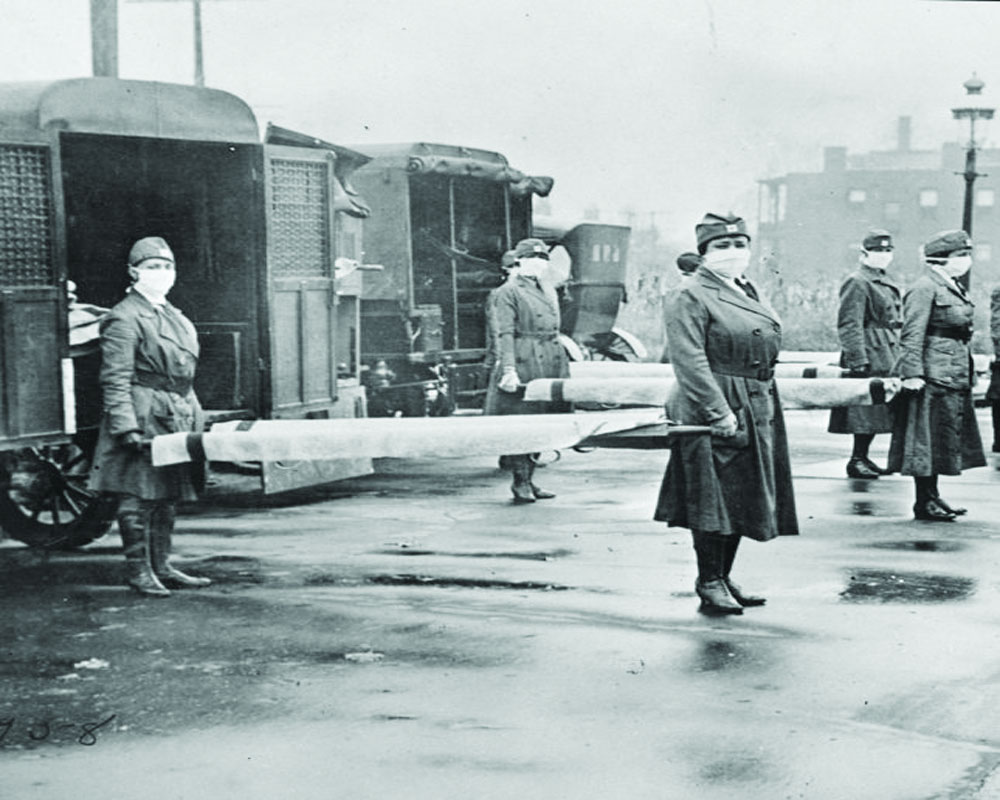 British researcher, author and medical historian Dr Mark Honigsbaum, in his book, The Pandemic Century: A History of Global Contagion from the Spanish Flu to Covid-19, explains why viral disasters like the Coronavirus continue to attack humanity and take the healthcare community by surprise. By Chahak Mittal

Deadly viruses stay beneath the surface and need just one moment of triggering to emerge in the atmosphere and take the world by storm. One would never realise when that virus sneaks into the lives of callous human beings and creates havoc like the novel Coronavirus has.

British researcher, author and medical historian Dr Mark Honigsbaum feels that our global interconnectedness has resulted in our cities becoming disease reservoirs and our greed for territorial conquest has brought us closer to the animal species that allows the virus to “jump.” Scientists and microbiologists are aware of the permanence of such threats. However, the medical community’s hubris and a fixed approach to treatment often blind them to the unknown threats that still lurk in the dark.

Mark’s book, The Pandemic Century: A History of Global Contagion from the Spanish Flu to Covid-19, traces a century-long history of recurring pandemics, with a new chapter on the Coronavirus. He highlights how after the 1918 Spanish influenza pandemic, scientists dreamt of preventing catastrophic outbreaks of an infectious disease. But despite research and years of progress, our medical protocols have not been aligned to them, resulting in the severity of the current pandemic. Excerpts:

Your previous book, The Pandemic Century: One Hundred Years of Panic, Hysteria and Hubris (2019), was re-edited to include the current pandemic of COVID-19. What was your approach while comparing the pandemic to the previous ones?

Early on in the pandemic, the Imperial College and other disease modelling groups had forecast that, based on the case fatality rate figures from China and in the absence of suppressive measures, there could be as many as 500,000 deaths from COVID-19 in the UK and many millions worldwide. These models, which were based on influenza, immediately brought to mind the 1918-19 Spanish influenza pandemic, the most devastating pandemic of modern times, which I have described in the Chapter 1 of my book.

However, it was also obvious that although both flu and the Coronavirus are respiratory pathogens that spread as droplets and aerosols, the Coronavirus transmits much more slowly than influenza and has a longer incubation period. This suggested that it would be a mistake to model our response too closely on influenza and a better comparison might be to look at the measures that were used against SARS-1 in 2002-03 — test and trace combined with isolation and quarantine measures.

Since the pandemic is not at a very advanced level of research, was it challenging to find the right facts and figures?

Yes, when I was writing the chapter on COVID-19 in March, it was unclear whether the Case Fatality Rate (CFR) was closer to 10 per cent or one per cent, and what percentage of the population was being infected with the SARS-CoV-2 without developing the obvious symptoms. We still don’t have a definitive answer to those questions, though most experts now seem to agree that about two in five people (40 per cent) infected with the virus will be asymptomatic or experience very mild symptoms and that the true CFR is between 0.7 and one per cent.

The bigger fact unknown still is the extent to which people may enjoy a degree of  immunity to SARS-Cov-2, either because of previous exposure to a related Coronavirus, or because their immune systems have some in-built genetic advantage.

What was your first point of reference while doing the research? How long did it take for you to complete it?

I first became interested in epidemics and pandemics in 2005 when I was working for The Observer (British Weekly) and visited Vietnam to report on the outbreak of the H5N1 Bird Flu. This led to a PhD on the history of influenza pandemics. So one way or another, I have been thinking about this subject for 15 years.

One of the themes of my monograph, A History of the Great Influenza Pandemics: Death, Panic and Hysteria, 1830-1920 (Bloomsbury, 2020), was the way in which the epidemiological risk models and the media amplify anxiety about infectious diseases. For instance, during the 1889-92 Russian influenza pandemic, telegraphic communications provoked a popular dread of the flu. The medical journal, The Lancet, went as far as calling the Russian Flu “an epidemic started by the telegraph.”

However, it was the 2014 Ebola virus epidemic that crystalised my ideas about the role of scientific knowledge in generating complacency as well as anxiety about threats. The key moment came in May 2014 when I attended a meeting on Ebola at Chatham House and all the experts essentially said about the outbreak in Southeastern Guinea, “We’ve seen this before in other parts of Africa; there’s nothing to worry about.” Three months later Ebola arrived in Monrovia and Freetown and everyone started blaming the WHO for failing to appreciate the danger.

Then, in 2015, while we were still fighting the Ebola in West Africa, the world was confronted with another outbreak that no one had anticipated — the Zika. This led me to reconsider the previous epidemics and pandemics and the extent to which such blind spots were the product of particular laboratory technologies and “ways of knowing” infectious diseases.

Your research has time and again tried to highlight how such viruses just live beneath the surface and are awakened due to human consequences and actions. How can we ensure a co-living and sustainable functioning between humans and the environment? What's the way forward?

The Coronavirus and other viruses like Ebola have always been ‘out there’ in nature. But it’s only when we disrupt the natural habitats of the wild animals, where they harbour such viruses, the risks of an emerging infectious disease becoming a large epidemic or pandemic increase. Building roads and faster rail links to such areas make it more likely that a virus that spills over into a remote farming community will reach a large urban area.

So we have to reduce the pressure on these natural habitats by building protected zones for wildlife and discourage farming on the edges of rainforests. And we have to encourage more sustainable livestock practices and do a better job of regulating the trade in wild animals.

There have been many advances in technology and medicine over the last few decades and yet such viruses pose a great threat and an unprecedented damage to humankind. Why is that?

The point is we cannot prevent all spillover events or predict precisely when or where the next one will happen. What we can do — and should do often — is invest in local laboratories and diagnostic services so that we can spot unusual outbreaks early and close them down quickly.

We should invest much more in public hospitals and local community care centres so that when people fall ill, they have access to the best medical care close to where they need the facilities.

You had earlier said, “Our understanding of infectious disease and our attempt to control it through rational scientific means and technologies are constantly being disrupted.” What did you mean?

One of the heroes of my book is French-born Rockefeller researcher, Rene Dubos. He was a brilliant medical researcher, who developed the first commerical antibiotic in 1939. But he also realised that the narrow focus on microbial causation risked missing the wider ecological and environmental picture. Indeed, by the 1970s, he was advising his colleagues to guard against the hubristic assumption that science could solve all our medical problems.

Instead, he believed medical researchers should “develop an alertness to the unexpected” and advised scientists to “avoid pride of intellect and guard against any illusion or pretence as to the extent and depth of what he knows.”

However, today we also have another problem — growing societal hubris or complacency about the infectious diseases of the past. This is what I was referring to when I talked about the rational scientific means and technologies being disrupted. We have vaccines against a host of childhood diseases but because of how social media spreads misinformation about vaccines, trust in science is declining. According to a recent poll, as many as a third of Americans say that they would refuse a vaccine for COVID-19 if one was offered to them.