The quest for stories

The quest for stories 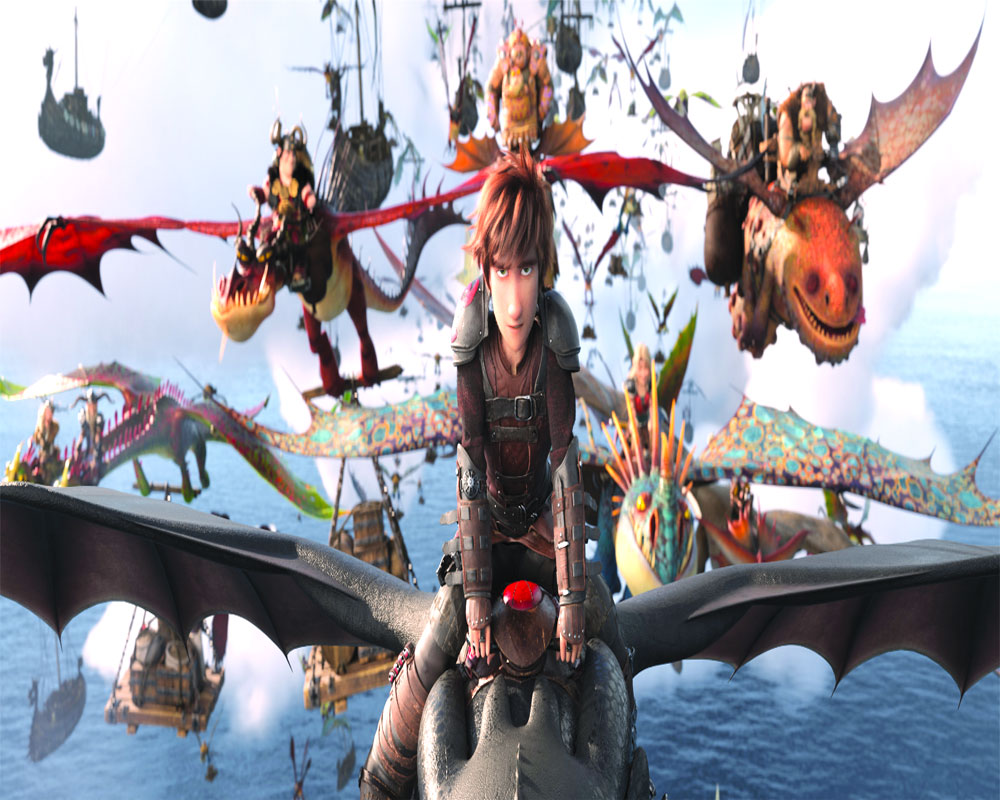 Author Cressida Cowell, known for her book series, How to Train Your Dragon, says that there’s no greater privilege than writing for kids. She wants them to read, write and draw with the same excitement she grew up with. By Team Viva

Could you tell us about your writing process?

I both write and illustrate my books, so each one takes about nine months. I do the writing first but I draw some illustrations as I go in pencil to feel my way into a character or part of the story. When my editor has finished with the manuscript, I do the illustrations and then my designer and I put them into the book. I write in a little shed at the bottom of my garden in London. Starting a new series takes a lot more time. My most recent series, The Wizards of Once, began in a notebook that took five years to develop, on and off.

Why did you decide to write for children and make them your target audience? Isn’t it more challenging to capture the attention of the younger ones?

There is no greater privilege than writing for children. As adults we can get confused by trivialities. Children are focussed on the essentials.

I often get asked if I had ever wanted to move to LA and be a screenwriter for How to Train Your Dragon. The answer is no. I wasn’t a film writer, I was a book writer. When I was a little girl, dreaming of what I might possibly be one day, it was always to be an author, not a screenwriter. However glamorous and wonderful films might be, I shouldn’t get distracted from my ‘quest’. Children always know what the quest is. They may seem not to be concentrating but when it comes to fundamentals, they don’t get distracted.

I should pause here to say that I love the work DreamWorks have done on Dragon. One of my philosophies is to partner with the best people and trust them to do their jobs. The most incredible team has worked on the films — the producer, Bonnie Arnold, the director Dean DeBlois, the brilliant animation team, the music by John Powell… They are dedicated, talented beyond anything I could have imagined and have created something that’s stunning and absolutely in the spirit of what I spent 15 years writing. Every time I watch the films, I get emotional, not just because the end result is so spectacular but because something so personal to me also became special to them and that comes across beautifully on screen. I am grateful to them, beyond words.

But my personal quest is to create books and play small part in trying to get the children read, write and draw with the same excitement and wonder that I did when I was a kid.

It can be tricky to write for children, because you have to pitch the writing exactly right and you also have to appeal to the adult reading with the child, but it’s challenge I enjoy.

What were you most excited about while writing How to Train Your Dragon books? What aspect from the book franchise did you think would work best for kids?

It was exciting, because even though it sounds very unlikely, How to Train Your Dragon is a lot about my own childhood and also about my children when they were young. I began writing Dragon when I had just had a baby. And there is a moment when you have just had a baby, (every parent will recognise this), that when you look in the back of the car and there’s tiny little alien creature sitting there behind you and you think: ‘They’re going to let me out of hospital with a baby? But I know nothing about babies!’

So you start reading up everything about babies and how to deal with them. While you’re doing this, you are thinking about your own childhood and how you were brought up and how your own parents dealt with you.

I grew up in London but I spent a lot of time on an uninhabited island off the west coast of Scotland where real Vikings would have lived once upon a time… So I wrote this story based on that little island and the relationship between Hiccup and Stoick the Vast was inspired by my relationship with my father. There really was an Isle of Berk (though it has a different name). And Hiccup’s relationship with Toothless is a lot like me talking to my toddlers at the time.

I wanted the books to be funny and exciting but also make the reader feel things — make them laugh or cry and want to read on. I know I’ve succeeded when a Dad tells me they’ve cried reading it…

Did you anticipate this level of success for the franchise?

Absolutely not. And I’m glad of that now, because if I had known, it would have felt daunting to start. I’ve been so, so lucky. I feel grateful every day for the readers who’ve taken and made my books part of their family life. I also feel incredibly grateful to the team for taking something so personal and important to me and creating it magnificently on screen.

The first How to Train Your Dragon book came out in 2003. How has your writing evolved over the years?

I think I’ve gotten better over the years. The more you write and illustrate, the better you get, of course, because you’re learning a craft. My stories have gotten more epic — you can tell that from the style of the illustration.

Where do you find the motivation to continue writing when you hit a writer’s block? How do you deal with it?

I have to say I’ve never had it. I’ve been lucky. When my children were young I had very little time to write, so I had to get it done, there was no choice. Sometimes that’s the best way, even though at the time it was of course very stressful.

What would be your advice to aspiring children authors?

Read as much as you can, to get a feel for what age group you want to write for. Have big ideas notebook where what you write doesn’t matter. And then just do it. You’ll get better and you have to start somewhere. Try and make yourself laugh, cry and feel. If you can’t do that for yourself, you won’t be able to do it for other people. You are your own first reader.

Since there’s currently a lockdown in many parts of the world, people have more time to read. Apart from your books, what else would you recommend to people?

I’ve been doing lots of readings from my shed on YouTube, CressidaCowellOfficial. Try and use the time to be creative, get that notebook for your ideas. But also, don’t put too much pressure on yourself. A lot of people are trying to work and look after the kids, which is very hard. In the midst of a global crisis is not the time to make yourself feel guilty about anything.