A digital push to farming for the environment’s sake

A digital push to farming for the environment’s sake 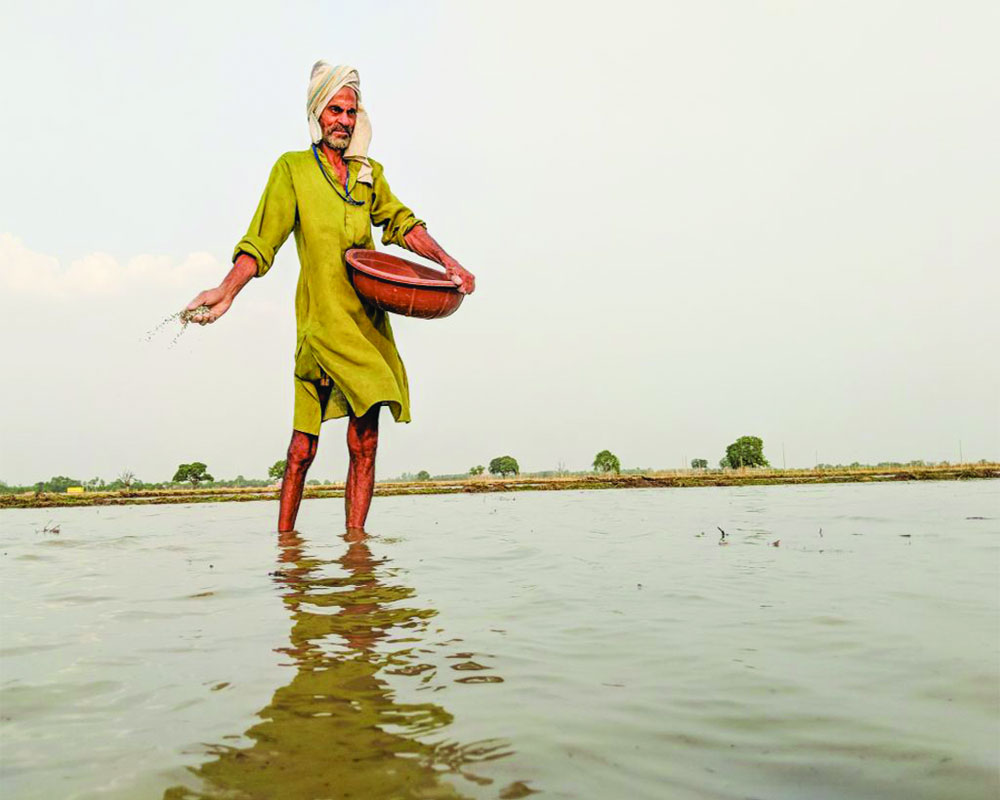 The Indo-Gangetic Plain (IGP) is a 2.5-million sq km fertile plain that is the backbone of Indian agriculture. It has greatly contributed to the country’s food security and the green revolution. However, the pressure of the increasing population and uneven natural phenomenon like unseasonal hailstorms, failing rains, cyclones, droughts and so on, have adversely affected yield. These conditions have long required a sustainable solution so that the Indian agriculture sector can fight climate change on the one hand and maintain a respectable agricultural yield to meet the burgeoning demand of food grains on the other.

In these trying conditions, a study has established that the use of field-specific fertiliser in the IGP can not only increase grain yield and increase farm income but also significantly reduce greenhouse gas (GHG) emissions and farming costs when compared with traditional farmer fertilisation practices (FFP). The study, executed by an international team of scientists led by the International Maize and Wheat Improvement Centre, compared 1,594 farms across Haryana, Punjab and Bihar and published the findings in the ‘Nature Scientific Report 2021’. The management of nutrient input and balanced fertiliser use has emerged as the key mitigation option in agriculture that can pave the way for enhanced produce that does not come at the cost of the environment.

The study was conducted on two farms, wherein the fertiliser input was decided by the digital nutrient tool — Nutrient Expert (NE) — in one farm while the FFP was the determinant in the other. The application rates of nitrogen, phosphorous and potash were studied in each comparison trial in the rice and wheat fields under the NE and FFP. The NE is not a new concept and was developed in 2013 by the International Plant Nutrition Institute and the International Institute of Tropical Agriculture and provided nutrient recommendations for individual farmer fields in the absence of any soil health data.

Its usage has reduced farm nitrogen input by 15-35 per cent and also increased grain yield by four to eight per cent, besides reducing global warming. The study further established that more than 80 per cent of the participating farmers reported a rise in crop yield and farm income and a perceptible fall in agricultural expenses.

The study reported an actual increase in rice and wheat production by 13.92 million tonnes and 1.44 million tonnes respectively with less fertiliser use.

It also revealed a critical aspect pertaining to the quantum of nitrogen used in rice crops. As per the study, nitrogen input can be controlled considerably as compared to the traditional farming practices. Besides this, the study has also helped underline the fact that the excess and improper use of nutrients in crop production has many adverse implications on the environment, food security as well as on the farmers’ livelihood. The findings confirmed that a measured and balanced nutrient use is critical in safeguarding the environment. In the backdrop of this pathbreaking report, the Government can make a huge and considerable difference in the lives and financial well-being of the growers.

The digital tool can be used to rapidly map various geographical locations and accordingly evolve templates that determine the optimum balance of nutrients and fertilisers keeping the soil type, water availability and weather in mind. These templates can help drastically improve farm yields and reduce expenses by the farmers, especially those who are dependent on the Minimum Support Price  guaranteed by the Government. This initiative can be scaled up by enlisting the active participation of the growers and sensitising the community and creating awareness for the well-being of the environment.

The polluted soils and groundwater table of farmlands of Punjab are a testament of  the dangers of indiscriminate use of fertilisers to increase the yield. In the long run, the farmers have suffered as the chemical-laced lands have caused dreaded diseases  such as cancer.

Advanced technology-based tools can change the narrative for farmers and protect them, the environment and the consumers of the farm produce from an overdose of chemical fertilisers.