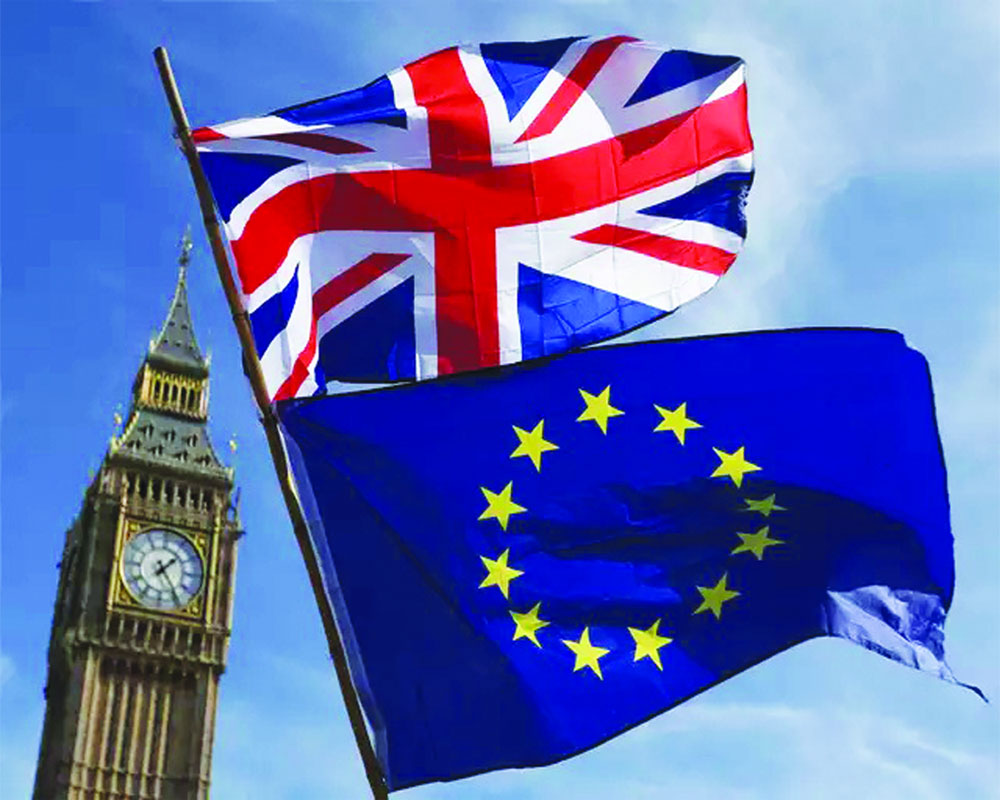 It now depends on how the team Boris takes the UK forward, without any hangover of the Brussels bureaucracy. And as the UK started its long solitary journey on January 1, 2021, the future of the UK lies in the hands of the Britons only

The United Kingdom (UK) has finally left the European Union (EU). The latest Brexit withdrawal agreement is officially titled the “Agreement on the Withdrawal of the United Kingdom of Great Britain and Northern Island from the European Union and the European Atomic Energy Community”. This historic treaty was concluded between the EU, the European Atomic Energy Community (EAEC or Euratom) and the UK on January 24, 2020. The three main signatories of the agreement are: Boris Johnson, the Prime Minister of the UK, and Charles Michael and Ursula von der Leyen for the EU and the Euratom respectively.

It’s a divorce, a bitter one, after four and a half years of hard bargaining accompanied by high-level diplomatic and political negotiations since June 23, 2016. The UK officially left the trading bloc on January 31, 2020, despite the EU being the nearest and largest trading partner. What the UK claims is that decades of tension with the neighbouring EU member-nations has been resolved amicably with a deal. Johnson said, “Having taken back the control of our money, our borders, our laws and our waters by leaving the European Union by January 31, we now seize this moment to forge a fantastic relationship with our European neighbours, based on free trade and friendly cooperation”. Further he reiterated that “at the heart of this bill is one of the biggest free trade agreements in the world”.

Now only time will tell whether the implementation of the deal has been fruitful, and what the UK could achieve from the dissociation from the trading bloc.

For Johnson, signing the agreement after the lawmakers from across the board gave their approval on the trade pact is a historic moment. It’s a hard-fought 1,200 pages document which landed in London after receiving the signature of EU Commission chief Ursula von der Leyen in Brussels.

The lawmakers in the House of Commons voted 521-73 in favour of the agreement sealed between the UK and the EU a day before the Christmas eve.

However, the pro-Europeans have lamented the departure of the UK from the EU. For them, this divorce will be too expensive and it might herald a doom for the country. It is bringing an end to the seamless trade and decades of partnership with the EU. But the vast majority of the MPs in the British Parliament voice that despite having all the odds ahead the post-Brexit, the current deal is much better than a chaotic rupture from the EU.

The EU claims it has respected the major red lines between both the signatories of the agreement. The EU has finally avoided the hard border on the island of Ireland. Thus it has been able to preserve the four freedoms of its cherished “single market” which are free movement of goods, services, capital and people. The UK gets its zero tariffs, zero quota goods trade with the EU that finally prevents the European Court of Justice in settling any trade disputes. On fisheries, the EU has agreed to give up 25 per cent of its existing quotas in the UK waters for a transition period of five and a half years after which annual renegotiation will be initiated. However, the free movement of people will be hit the hardest ever.

How is Brexit affecting India’s relations with the UK as well as the EU? En route to realise the vision of “Global Britain”, the relationship between the UK and India is turning to be more complex. Considering the growing change in the traditional UK-India ties, then UK Prime Minister Theresa May had visited Delhi as early in November 2016. In 2016, the UK was the fifth largest export partner of India behind the US, the UAE, Hong Kong and China.

However, it accounted for only 3.3 per cent of total exports, valued at USD 8.66. Whereas India’s exports to other European countries were almost 16 per cent in the year the Brexit referendum took place. And in the import zone, the UK is not a potential country for Indian goods. But the pragmatists say that much more than the formal export-import relations, overall bond between the two nations depends on investment from both the countries into each other and the level of shared innovation and research projects carried out by various entities in either of the nations.

By the end of the big deal signed between the EU and the UK, the bigger concern is whether it will end the special relationship between the two. The provisions relating to trade in the historic deal are almost entirely devoted to goods. This further implies that the agreement has hardly left any space for services which, in fact, consists of more than 80 per cent of Britain’s economy. And interestingly, this is the fastest growing area of global exports.

The major concern is that the EU is yet to deliver an equivalence ruling for financial services regulation. Even if such regulation is declared, it can be withdrawn within a short span of 30 days notice period. The global and the European economic experts say that what is more urgently required is an EU data adequacy decision to allow free flow of data, which is there at the centre of cross-country or cross-border trade regimes across the globalised world.

Another sticky area which is missing in the deal is the mutual recognition of qualifications demanded for professional services in the EU member nations and the UK.

Besides, the new deal has nowhere mentioned anything related to foreign policy cooperation between the EU and the UK. It seems the current British Government has hardly paid any attention to building a more robust foreign policy dialogue with the EU in the near future. It has mentioned some provisions about domestic security but the experts feel that Britain will probably have not much leverage on its access to the EU security database and the Europol system of police like before. Once the deal is operationalised, the UK will lose its natural way of using the European Arrest Warrant (EAW). This arrest warrant is valid in all the member countries of the EU. Once such a warrant is issued, it demands other members to arrest and transfer a criminal or an offender to the issuing nation so that the detainee can be put on trial. Such a system of arrest helps fast-tracking the legal process and enhances mutual understanding and trust among the EU member countries. Now, of course, the UK will not have unhindered rights on this particular front.

Clearly, what comes into the immediate picture is the loss of free movement of the British citizens across the EU member nations. This deal will bring home some travel and work restrictions in the EU nations and the existing facilities in regard to health insurance and car insurance regime are likely to be over now.

Though some kinds of scientific and research collaborations will continue, what hits hard Britain is its immediate exclusion from the Galileo Satellite Positioning Network. Even the uncertainties hovering over the participation in the “Horizon Europe” research programme is bringing more disillusionment to the scientific fraternity of Britain. EU’s next funding programme for research and innovation will run from 2021 to 2027, covering a proposed budget of 100 billion Euros. The participation of the scientific community from Britain in this signature research project would have opened much more space for collaboration, innovation and trust building in future for an immediate help, on the event of any crisis situation.

Again, the British student community will also be dropped from the much-acclaimed student exchange programme, called Erasmus Programme (European Region Section Scheme for the Mobility of University Students). It is an EU-funded programme that organises student exchange across all the EU nations. Unlike the UK, Northern Island will have full access to the EU single market and to the Customs Union. Many experts opine that the customs and border checkpoints on the Irish Sea are going to become future bone of contention between Britain and Northern Ireland.

Are we all going to experience a “Global Britain”? Succinctly, Boris Johnson will find it too tough to craft a new role for Britain. It is better for him to sustain first as his country is badly affected by the Covid-19. Today Britain’s economy is seriously paralysed. He must try bringing the country’s economic powerhouse back on track. Besides, a pandemic, accompanied by a looming trade war between the US and China is disturbing the global power calculus. And it’s going to continue.

“The destiny of this great country now resides firmly in our hands,’’ Johnson said moments after the post-Brexit trade deal received the Royal Assent on December 31. It now depends on how the team Boris takes the UK forward. And as the UK started its long solitary journey on January 1, 2021, the future of the UK lies in the hands of the Britons.